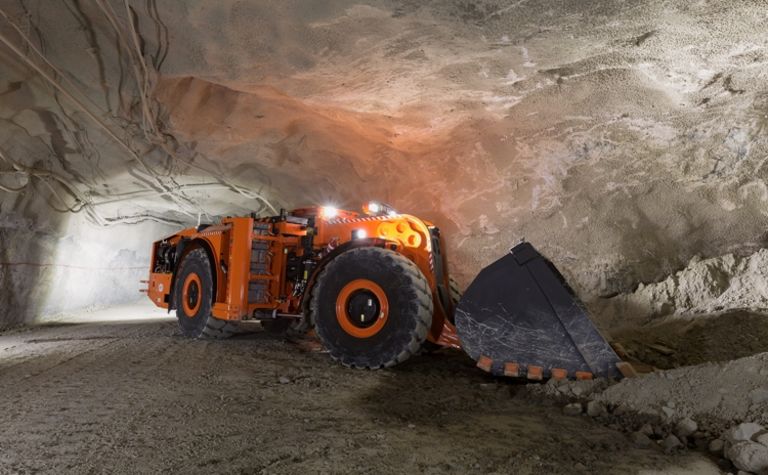 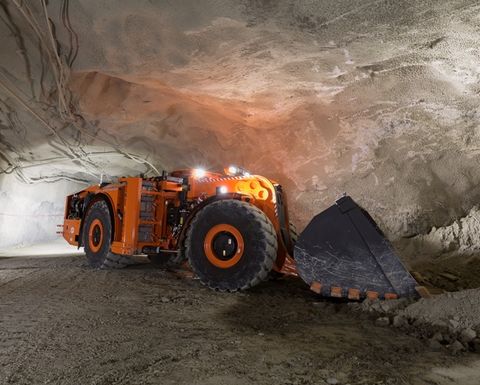 The new 18HD loader is the first machine to feature KESS. Catch it at MINExpo 2016

Energy storage; it’s truly a hot topic in mining at the moment. As underground mines become deeper and harder to ventilate, and diesel exhaust emissions become tighter, many miners are looking to electric or hybrid drive systems to help solve their fleet challenges.

It’s (fairly) straightforward to make a diesel drive train regenerate energy that can be used to help power a machine such as an LHD through the digging cycle or when the vehicle is travelling up ramps (creating a hybrid drive system) but, the question is: how to store excess energy that isn’t used up?

Standard on-road hybrid vehicle batteries are simply inadequate when it comes to coping with the high payloads and difficult terrain encountered in underground mines. And, as such, energy storage technologies are one of the top topics that are mentioned when time and time again, I ask equipment producers what they are working on.

Joy Global is one OEM that thinks it might have the answer. It’s Kinetic Energy Storage System, or KESS, is set to debut at MINExpo 2016 on Joy’s new range of hybrid drive, underground hard rock LHDs.

KESS will also feature on Joy Global’s new P&H L-1250 wheel loader which is currently in development. The technology is designed to function seamlessly as part of the drive train, keeping the operator more productive for longer.

So how did KESS come about? “We knew we wanted deep energy storage for our new family of hybrid drive LHDs. And since employing common energy storage technologies on both surface and underground vehicles was highly desirable for us, kinetic energy storage was investigated and compared with ultra capacitor energy storage,” said Barr.

“Relative to other motor technologies, Joy SR hybrid drive’s high-speed capability made kinetic energy storage feasible because an SR motor with a simple internal steel disk compared favourably against other available energy storage devices, such as ultra capacitor assemblies. When compared for the new LHDs, energy and power were superior with an SR flywheel versus an ultra capacitor assembly.”

KESS has performed well in field tests as well as in the lab. It was installed on the first 18HD loader (7.2m3 bucket capacity) which was trialled at a gold mine in Australia. Through that, Joy found that it can reduce fuel consumption as much as 20% and double acceleration rates, compared to competitor technologies. Rates of 390t (430 short tons) per hour have been achieved.

“KESS has performed very well, exceeding our initial expectations. We are seeing vehicle accelerations times that are twice as fast as our competitors. If you think about the time from the dig face to the crusher and back as a drag race, KESS is providing us with significantly more horsepower to win that race. This equates to faster cycles and more production,” Barr added.

And, as KESS provides the ability to supply peak horsepower demands, Joy is also exploring applications such as high altitude diesel and other peak power demand applications where a KESS unit could be used to overcome current technological shortcomings.

The first KESS unit will officially launch at MINExpo 2016, but Joy has great plans for the technology and, as the use of SR technology expands to other Joy products, so we will see much more of KESS.

“KESS and Joy SR Hybrid Drive will be employed on future generations of Joy and P&H equipment where applicable,” concluded Barr.