What role can software play in asset optimisation at mine sites?

The use of software technology at a mine site is a major component in running efficiently. For example, using software to capture data on machines and equipment automatically saves time as opposed to manual recording. Where automation can be used within the operation, software can capture, record, and much more. 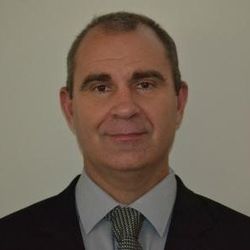 Traditionally, we’ve seen software packages that are able to automate data, provide analytics and reports, but we are moving toward a new generation of asset optimisation software; one that can identify and prioritise critical production losses and prompt actions to make improvements.

Have you seen an increased appetite for optimisation solutions/services from the mining market in recent years given the low metal prices?

Absolutely. Certainly with our clients, and as we’ve seen globally at conferences, optimisation solutions are in high demand. It is important for businesses to understand that they can achieve higher production and revenue if their operation is running efficiently and to its absolute maximum capability.

All too often we see operations collect a bank of data, but do not quite understand how to use that data as a tool to make improvements where it matters most. Running more efficiently is something businesses desire, especially when that means more revenue without extra expenditure.

MPPIglobal just launched the Optimum software suite. What are its key capabilities and potential applications?

Working with our clients as mining operations consultants, we have seen and used traditional software on many projects over the years.

Optimum was originally developed based upon the need to fill some gaps in existing industry software. Optimum can support and be configured with existing software that may be in use at an operation, but it also has the capability to stand alone.

After constructing the Production OEE (overall equipment effectiveness) model, we wanted to be able to implement that model for our clients with ease. Optimum captures, tracks, and prioritises data that is critical to production on any mobile or fixed asset. The modules within Optimum function to pinpoint critical data and track business improvement actions like no other product on the market for this industry. 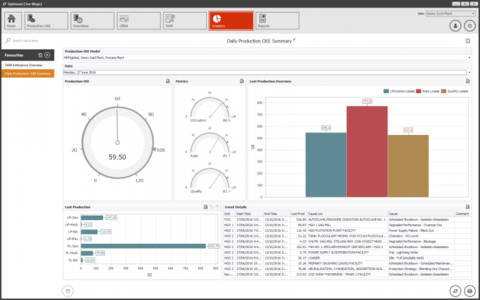 The Critical Process & Equipment Management module (CPEM) identifies potential production losses before they occur. With defined stages of warning and event triggers, this module is designed to maximise efficiency of any measured asset or process.
Optimum’s TARP module, or Trigger Action Response Plan is where data becomes insight, and a manageable plan forward is created. Loss events are prioritised, allocated to an appropriate investigator, and actioned accordingly. The TARP module is unique to Optimum; a key offering tailored specifically for business improvement actions.

With Optimum, you also get Analytics and Reports which mean global visibility of operation information, easy to use dashboards, and automated daily, weekly, or monthly reports to keep the operation on track.

The Newcrest Lihir operation in Papua New Guinea had a strong desire to maximise production and had already invested in multiple layers of technology across the value stream, including the process plant. However, limited valuable information was produced from these systems and production continued below the desired levels.

Newcrest Lihir reached out to MPPIglobal after seeing our Production OEE model utilised at another mining operation.

What solutions did you implement and what were the results?

Production OEE brings a sophisticated built-in logic and calculation engine to deliver insight on production restrictions. Production restrictions and losses are presented in actual ounces of gold lost for any given period of time analysed. The Production OEE model is applied as a production-centric model which makes it different and infinitely more powerful at identifying and prioritising opportunities across the operation, compared to a simpler and more standard equipment downtime solution. Optimum, MPPIglobal’s proprietary developed measurement, calculation, and data reprocessing software makes this possible.

After a brief period of discovery at the Lihir site to establish a working model and detailed system logic, the site-specific Production OEE model was implemented for the processing plant. The new model includes integration to a metallurgical accounting system and an automatic reporting system that highlights the biggest production losses and opportunities for improvement.

Newcrest Lihir’s superintendent for reprocessing has said that the system is already delivering benefits and that meetings have been revised to focus on the data provided from the new reports to address specific issues. 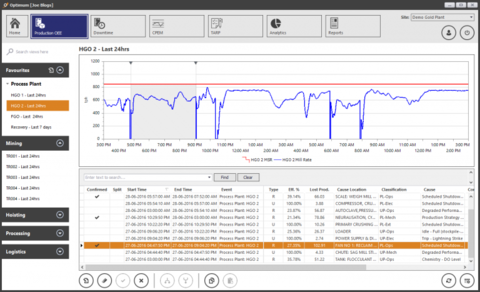 The operation experienced a process plant daily production record within the first week of deployment. Also, apart from its annual scheduled downtime maintenance in July, Lihir has seen an upward trajectory in production since the model’s start date in May 2016.

Do you have any further optimisation projects in the pipeline that you can tell us about?

We are at the design stage with several single site mining operations currently putting together an asset optimisation solution built around Optimum. However the big news for us is we are in the final stages of approval of multi-site global asset optimisation program, all built on Optimum with two of the world’s biggest mining companies. I can’t say much more about this other than it’s a very exciting time for us as a company, and watch out for more details.

EV-FOS has been trialled with major mining companies

How to optimise your mine