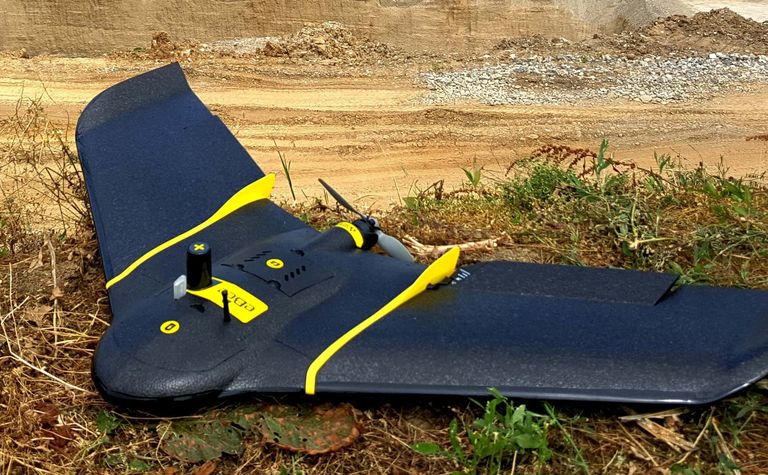 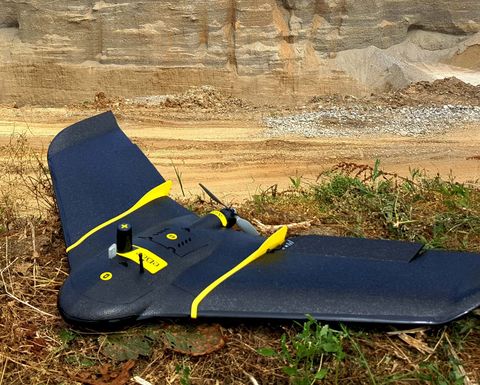 Now that the use of unmanned aerial vehicles (UAVs), or drones, has gained traction across mining, discovering new applications for them and expanding their capabilities have become the new goals for drone producers and mines alike.

Fortunately, the mining community has welcomed drone use for some of the most significant operational tasks, including exploration, data collection and analytics, monitoring and more. Drone makers have responded in kind by adding more features to their units, particularly related to mining digitisation goals.

MM has learned of some new projects and efforts by drone producers being taken on worldwide that could be setting new benchmarks for how mines will be designed and operated into the future, as well as how they'll be kept safe and efficient.

The Australian group's FED is based on the DJI Matrice M600Pro platform; it is fitted with a BMM detector as well as an accurate global positioning system (GPS) to find and report BMM positions. One of its primary advantages is that it keeps mine personnel out of the harm's way, since walking the muck pile post blast is no longer necessary.

"The use of this semi-autonomous vehicle to retrieve the movement data resolves a variety of safety and environmental considerations and, in many cases, allows for faster access and a broader range of data acquisition following the blast stand-off period," BMT notes. "Thus, implementation of the FED allows for the safe, swift and efficient retrieval of more in-depth data post-blast, critical parameters that are paramount at any mine site."

BMT did its first in-field testing of the FED prototype at an iron ore site in Western Australia. The test included two blasts, which were each monitored with a conventional survey-enabled detector (SED) and the FED.

The effort was successful, with a majority of BMMs detected by the unit in the first blast and all 12 found after the second blast.

Now commercially available, the FED can aid a mine in collecting data during the stand-off period, allowing for significant improvements to reconciliation as well as a reduction in misclassification, ore loss and dilution.

BMT notes that it learned from the test work as well, improving the search planning application of the unit and giving it a more user-friendly interface. Additionally, it plans to reduce the weight of the overall system, permitting an increased flight time, and will be working on making the FED's performance even better in harsh environments including extreme temperatures. 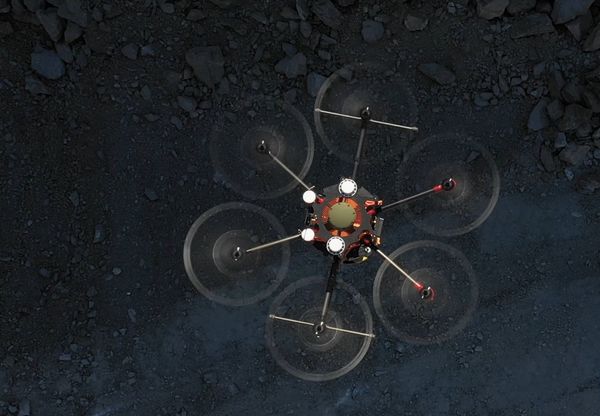 BMT's FED is based on the DJI Matrice M600Pro platform

The historic mine, which is otherwise inaccessible with traditional manual monitoring methods (such as in-person evaluations) and even manually piloted drones, is seeking a plan for a possible restart of the mine; the company needed estimates for tonnage already removed along with remaining ore in the operation's heavily restricted areas.

With a fully autonomous aerial robot, Exyn mapped 30 stopes in three days. It also produced a complete mine map in less than four days by mounting a version of its robot to a car to scan all the mine's access drifts - data it then paired with the stope maps.

"Rupert is actively seeking new technologies where we think big gains can be made in terms of safety, productivity and accuracy," says Jukka Nieminen, managing director of Rupert Finland.

"Exyn achieved accurate assessment of the volume of remaining stopes at Pahtavaara with an unprecedented level of detail, and obviously the use of remote technologies means that this was achieved with a greatly reduced degree of risk. We have no hesitation in recommending this technology."

Exyn's system does not need GPS or external communications. Built on the exynAI platform and operated autonomously, the aerial robot is deployed as an all-in-one software and hardware package, the company says.

The Pahtavaara gold mine and mill are located in Finland's Central Lapland Greenstone Belt. 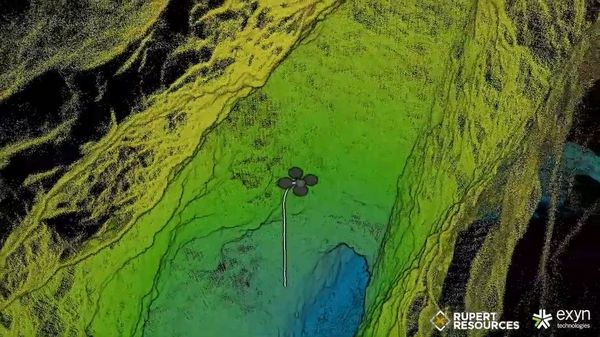 The old adage that two heads are better than one certainly applies to the mining industry, and has once again with a new partnership between Kespry and sensefly eBee, a fixed-wing drone designed for large-scale assets.

Kespry, which has rolled out a series of expanded user options, says its clients now have the ability to use the senseFly eBee drone, in addition to the DJI Mavic 2 Pro and the DJI Phantom series.

Additionally, Kespry customers can also select Kespry-managed drone hardware or work with its partner DroneBase to expand aerial analytics implementations across worksites. With that set-up, DroneBase can manage customers' Kespry deployments if needed, or have DroneBase's global pilot network fly their missions; using the latter, results can be turned around in 48-72 hours.

"We've made it easier than ever to implement Kespry across large industrial worksites," Kespry CEO George Mathew says.

"The tremendous traction we're experiencing reflects that ease of deployment and the elevated productivity, efficiency and safety our drone-based aerial intelligence platform continues providing. We're seeing serious expansion across our accounts as we continue increasing the flexibility of how customers can integrate and deploy Kespry at enterprise scale."

He notes that the benefits are significant, beginning with the capability to more frequently survey sites on-demand and obtain greater data accuracy while reducing discrepancies and rework.

"The majority of Kespry customers survey their sites monthly or weekly, with more than a third now engaged in large-scale surveys of 15 or more sites," he adds. "The result is more accurately calibrated production, processes and output, meaning companies can granularly deliver on their customers' requirements and expectations."

The benefit of getting caustic

Questions and answers on grinding technology

Canada could close its only copper smelter