QUEENSLAND-based drone autonomy spin-out from the CSIRO, Emesent, has helped Africa-focused miner Petra Diamonds save US$450,000 on ore pass remediation at the Finsch mine in South Africa’s Northern Cape province. 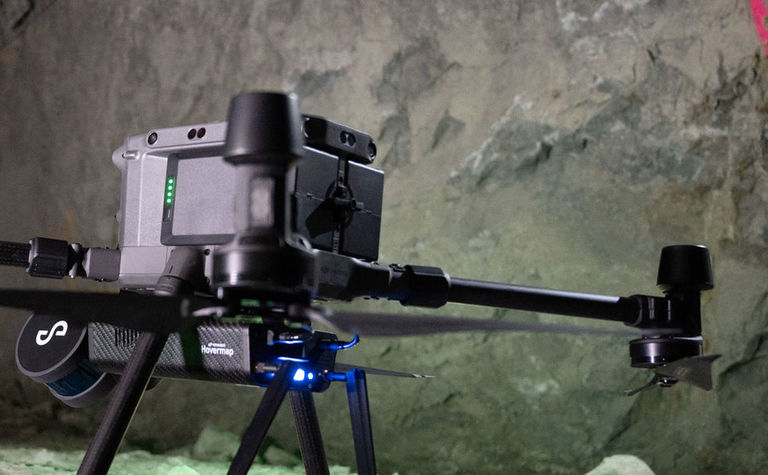 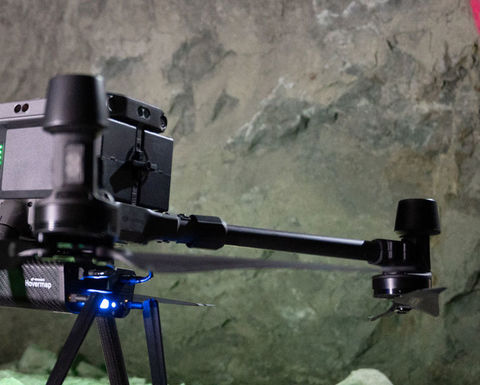 The Hovermap can use multiple data capture methods

The Finsch underground mine uses ore passes and underground silos to transfer ore between levels and redirect ore to the surface.

However, Petra has historically found it impossible to scan and map inaccessible shafts and voids to get a good look at the integrity of ore passes and plan remediation programs.

To get an accurate visualization of underground voids quickly and cost effectively, Petra looked to Emesent's Hovermap technology.

Dwyka spent a day at Finsch scanning with Hovermap, with the equipment mounted on vehicles, a drone, and lowered in a protective cage.

Petra Diamonds group planning and projects lead Alex Holder said they lowered Hovermap down ore passes, flew the drone into drawpoints and even scanned the shaft and ramps by fixing the scanner to one of the mine's vehicles.

"The visualization delivered exceeded all our expectations," he said.

"The data captured in one ore pass saved us significant time and effort by confirming it was irreparable to save us millions."

Dwyka turned out highly accurate point cloud data sets for Petra's survey team to analyse within 24 hours, and provided visualizations of the ore passes, which let mine engineers see the condition of the ore passes for the first time.

A decision was quickly made to abandon plans to remediate a compromised ore shaft, which saved Petra about five months and US$450,000.

Petra Diamonds mining engineer Heinrich Westermann said the ability to power and switch the Hovermap payload between the various applications meant they were able to scan a considerable amount of the mine in one shift.

"Generally, this was either impossible and, if it were possible, it would take weeks to collect those datasets and months to see the final visuals," he said. This point cloud visualization, coloured by reflectance intensity, indicates clear signs of ore pass deterioration, which may be a result of stress-induced damage or wear. 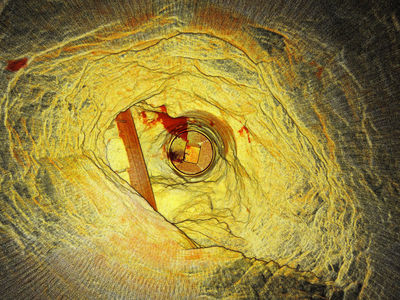 This point cloud visualization, coloured by reflectance intensity, indicates clear signs of ore pass deterioration, which may be a result of stress-induced damage or wear.

Does Switching to LED Lighting Save Your Mine Money?