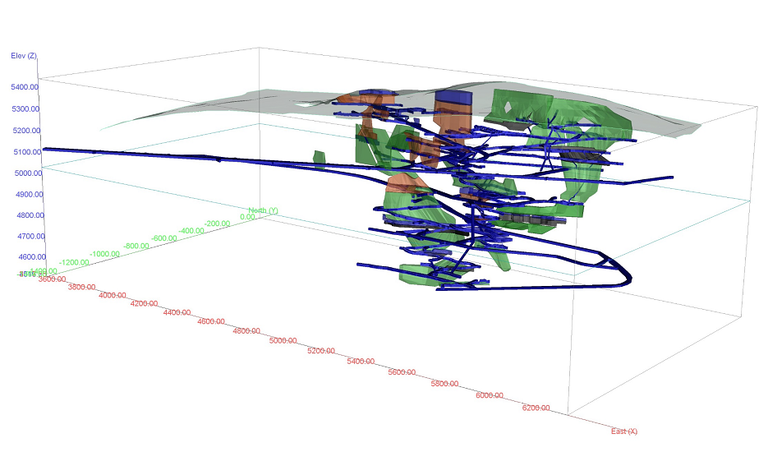 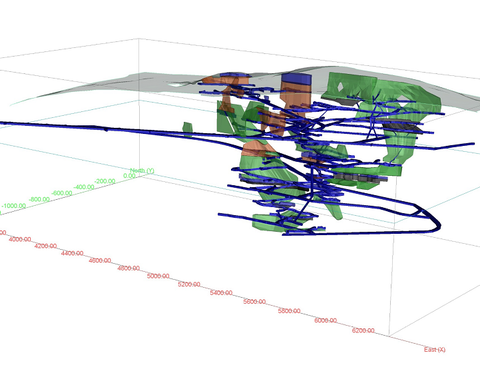 GSP intends to use this 3D data for further drill targets

The modelling was primarily undertaken to generate drill targets in the unmined mineralised bodies, as part of GSP's goal of developing an open pit or block cave operation, or both, said the company.

This represents a "a viable goal" for Alwin due to increasing copper prices, and the fact that an "open pit operation with a much lower cutoff than 1.5% copper of the former underground mine may be able to economically mine the lower grade and smaller high-grade portions ignored by prior underground mining operators".