The world’s largest diamond miner is on the hunt for its next tier-one deposit. Carly Leonida investigates De Beers’ exploration efforts 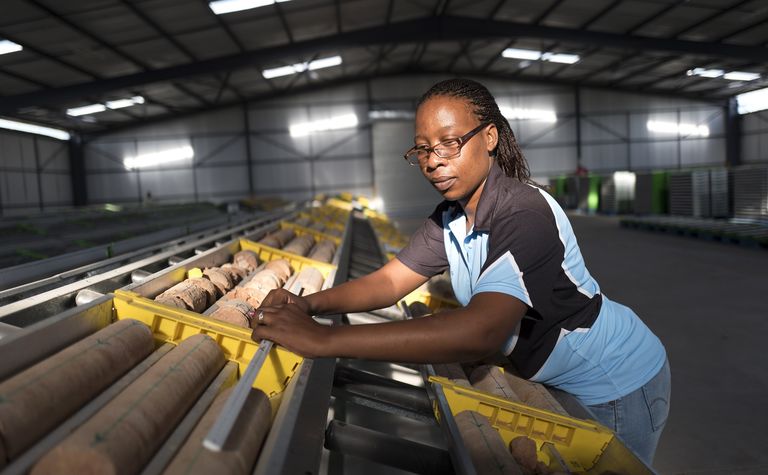 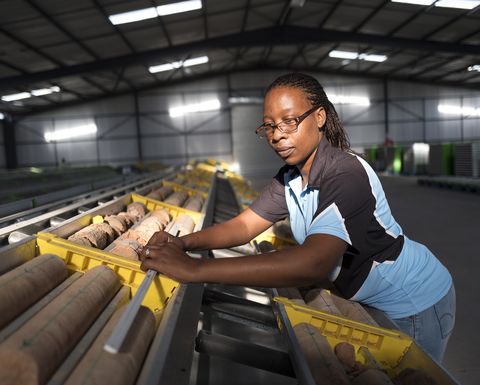 De Beers is on a mission. With global diamond production expected to peak in 2017 and tier-one discoveries becoming ever more scarce, the company is turning to technology and what it calls ‘targeted exploration’ in an effort to discover the first major new diamond mine in southern Africa in more than 20 years.

To put this in perspective: over the past 140 years, almost 7,000 kimberlite pipes have been sampled by geologists, about 1,000 of which have been diamondiferous. However, only about 60 of these were sufficiently rich in diamond to be economically viable.

Just seven mines – Debswana’s Jwaneng and Orapa mines in Botswana, Udachny and Mir in Russia, Premier (now Cullinan) and De Beer’s Venetia mine in South Africa, and Catoca in Angola – are what miners refer to as ‘tier-one deposits' with more than US$20 billion worth of reserves.

As the world’s largest diamond-mining company, De Beers is now looking toward big data and artificial intelligence to help boost its exploration efforts.

Beth Taylor, technical assistant to the head of De Beers Group Exploration, explains that the biggest challenges the company is facing are access to ground, and finding deposits that meet De Beer’s strict economic viability criteria.

“The large diamond-mining companies are expected to continue to invest in exploration, but the probability of a major, profitable new diamond discovery remains relatively low,” she says. “This is because finding economic diamond deposits is very difficult. Even spending billions of dollars in exploration carries no guarantee of actually discovering economically viable deposits.

“We need to find new sources of carats quicker, cheaper, always with a focus on safety and with a minimal negative impact on the environment and communities in which we are operating.”

Geologists rely on technological innovation to help discover new viable sources of diamonds in locations that are often remote, previously underexplored and difficult to work in, such as near the Arctic Circle.

One new exploration technique, in particular, has been made possible by the recent development of superconducting quantum interference devices, or, as De Beers likes to call them, SQUIDs (surely the best acronym in mining technology right now?). Taylor tells MM that this technology provides significant benefits over current exploration methods such as airborne magnetic and ground exploration systems, and has provided geologists with an important new tool. 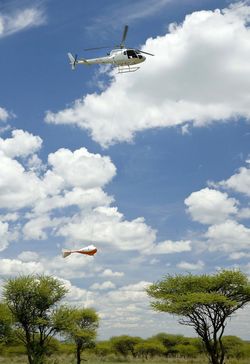 “SQUIDs are very sensitive magnetometers that were invented in the early 1960s,” she explains. “They can detect changes in magnetic fields that are 100 billion times weaker than a typical fridge magnet.”

The heart of a SQUID is a device called a Josephson junction: two superconductors made of Niobium, separated by a thin insulator through which electrons can pass. An electric current is applied to the SQUID, and minute variations in magnetic fields can be detected as changes to the system’s electrical resistance.

Niobium only acts as a superconductor at temperatures close to –273 degrees centigrade, so it is necessary to cool the SQUID by housing it in a cryostat: a container that uses a refrigerant such as liquid helium to maintain it at an ultra-low temperature.

“The system that we have developed is a complex piece of apparatus made up of six SQUIDS, four magnetometers, an altimeter and GPS equipment, plus a wireless network system to transmit the data it collects back to the helicopter,” adds Taylor.

“We are proud to have pioneered a new airborne technology together with Anglo American, Spectrem Air and IPHT (Institute of Photonic Technology) – an industry first – which works in environments where traditional systems struggle to operate. We have spent ten years creating this system, which is capable of measuring changes in the earth’s magnetic field with unprecedented accuracy.”

De Beer’s SQUID technology has been adapted to create a system that measures and records how components of the earth’s magnetic field change in different directions. It can do this from a height of about 25m above ground and while attached to a rapidly moving helicopter. “Crucially, the new technology means we will be able to search quickly and effectively in unexplored areas,” explains Taylor.

During the first test survey in the Northern Cape, South Africa, SQUID highlighted a previously undetected anomaly in the land below, which drilling later confirmed to be kimberlite.

“What is particularly significant about SQUID is that it can sense a magnetic property of rock called remanence – something that no other aerial surveying tool can do,” says Taylor. “Our team estimates that the ability to investigate and measure remanence will make our surveys between 33% and 50% more productive in the search for diamonds, giving us a significant advantage over other companies. The technology will also make the search for diamonds much less expensive as we can use the survey results to focus on the most promising areas, reducing the need for drilling.”

The group is active in three countries: Canada, South Africa and Botswana.

“All our projects are in the early phases of exploration (greenfields) – either at the reconnaissance phase (target identification) or the discovery phase (kimberlite discovery and determination of diamond bearing potential),”says Taylor.

“Typically, early-stage projects take between one and three years to complete. Once the decision to advance to late stage exploration is taken, an exploration project may take another 2-5 years to reach the resource evaluation phase.” 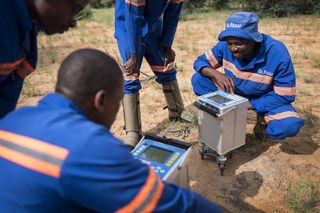 In order to advance these projects and facilitate new ones, the Exploration team has developed a number of improvements in geophysical hardware that result in improved signal-processing capabilities, substantial reduction of noise, increased power and more sensitive receivers.

Taylor explains: “Technology is a critical part of reducing the environmental impact of exploration. The development of geophysical down-hole logging tools, for example, will improve the accuracy of 3-D modelling, reducing the number of drill holes required. This not only reduces costs, but also minimises the effects on local environments.”

De Beers Exploration manages numerous research and innovation initiatives through extensive collaborations and networks. “We currently have two internal and 24 collaborative projects underway,” says Taylor. “Of these, 18 are conducted through ‘in kind’ donations, while approximately US$200,000-$250,000 was spent on the remaining six between 2014 and 2016. Our main focus areas include data analytics, including big data and super-computing; geophysics; diamond studies and core scanning.”

The company will also continue to develop and apply algorithms to its vast data and information assets in order to bring new insights into the formation and evolution of diamond deposits.

“Similarly, we foresee the implementation of artificial intelligence in processing our existing data, and in processing new types of data acquired using technologies of the future, to deliver deeper insights and quicker results for decision support purposes,” Taylor adds. 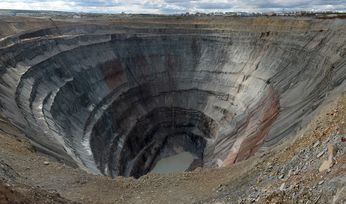 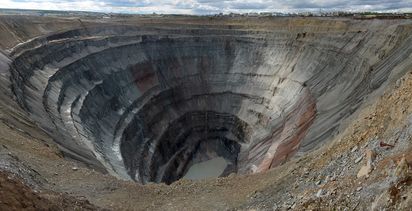 IMDEX buys AusSpec for US$5.9 million