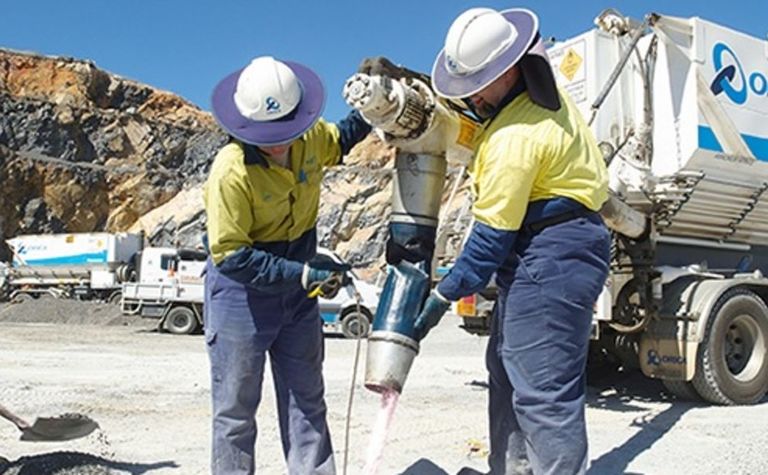 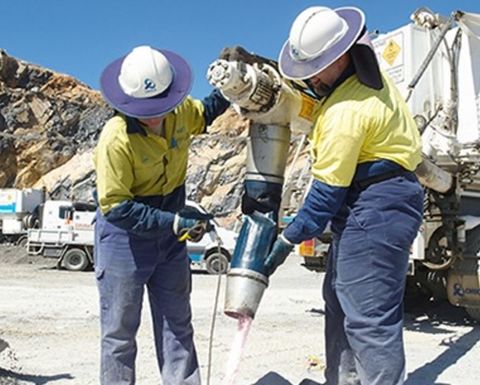 Getting its technology into mining a key focus for Orica.

ORICA has posted a net loss after tax of A$85 million (US$58.9 million) for the half year ended March 31, a marked turnaround from the $79 million net profit after tax it posted in the prior corresponding period.

No doubt the $214 million in significant items after tax played a role.

Sales revenue for the half was a tick over $3 billion, up 27% from the $2.4 billion in the prior corresponding period.

Earnings before interest, tax, depreciation and amortisation was up 24% year on year to $409 million.

During the half-year, Orica took the decision to exit its Russia operations due to that country's invasion of Ukraine.

Orica managing director and CEO Sanjeev Gandhi told an analysts call that the Russia exit would probably take six months and he was not exactly sure what it would look like yet.

"The topmost priority is the safety of our operations and our people," Gandhi said.

The Russia-Ukraine crisis has also created a major shortage in ammonium nitrate, which is a huge consumable for Orica.

However, Orica did have some time to prepare for it because Russia started limiting AN supply late last year.

"When Russia introduced quotas in November, they obviously knew something we didn't," Gandhi said.

"We started to align to other suppliers."

That meant when Russia invaded Ukraine and the sanctions were imposed Orica had already aligned with other supply sources.

Gandhi said those supply sources included ramping up production at its own plants.

However, while Orica is running its AN plants at full capacity, there were some major plant turnarounds in the first half and a couple planned for the second half, which are impacting AN output.

"Some of our teams have had a few learnings because they haven't seen those plants run flat out for several years," Gandhi said.

"I don't think we can step in if someone needs several hundred tonnes of AN in a hurry. We won't be able to do that."

Gandhi said he would ensure Australian customers were supplied.

"Reliability is important," he said.

"We did it through COVID-19, we did it during the downturn of the coal industry, and we'll do it now that these things are happening."

Gandhi said stopping its Russia operations meant it had to look for other customers in its Europe, Middle East and Africa business.

Africa has proved to be a happy hunting ground.

"Outside of Russia there are opportunities everywhere," Gandhi said.

"Africa is growing. The Europe team has moved a lot of resources into Africa.

"It's mainly tier twos and some tier ones. Our safety record helps here."

Out of Africa Gandhi said the quarrying and construction market in Western Europe was starting to bounce back.

"We've been successful with quarrying, construction and tunnelling," he said.

The rollout of SAP into Orica has taken longer than expected, largely due to some COVID-19-related outages affecting the consultant running that installation.

Gandhi said the company was already reaping some benefits from the transparency it had brought across all operations.

"The technological defects in our SAP system will be fixed by the end of July," he said.

"I expect to see further benefits in terms of automation and salary arbitraging."

In the mining space Orica wants to be an end-to-end solutions provider. It has the Rhino, Hopper Industrial Group and RIG technologies in its orebody intelligence suite; Blast IQ, Shotplus, Loadplus, Advanced Vibration Management and Orepro 3D in the blast design and execution piece; and IES Simulator, Fragtrack, Oretrack, Monitor IQ and Groundprobe for downstream measurement and optimisation.

Gandhi believes technology will be the company's differentiator.

Yes, a massive part of its business is ammonium nitrate, however, that is a commodity.

To that end Gandhi has separated the sales teams into AN and technology.

"We have a technology team that only concentrates on selling technology and doesn't have any involvement with AN sales," he said.

It seems to be working too.

"We have our digital technology being used on sites that are being supplied AN by our competitors," Gandhi said.

AI-enabled blasting is the future