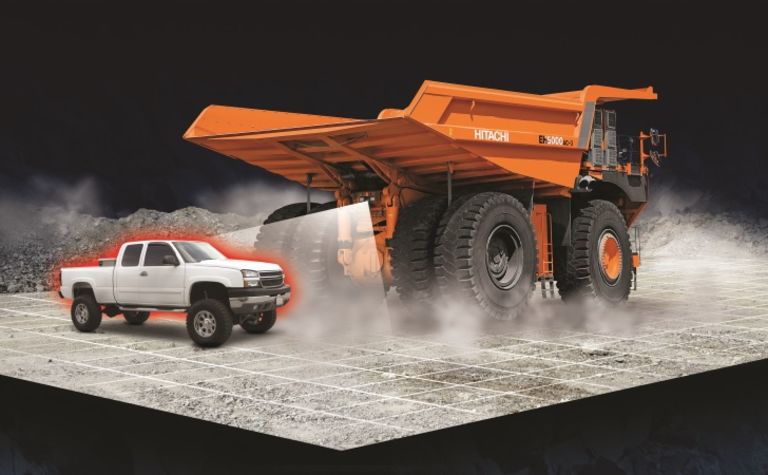 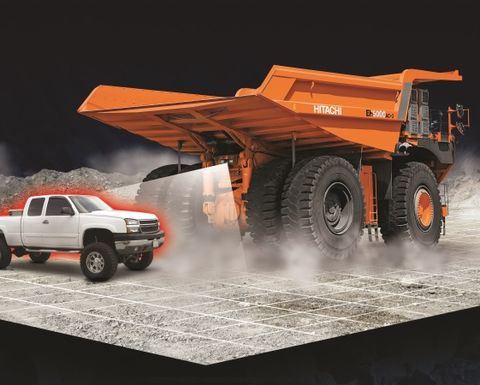 Craig Lamarque, division manager, Hitachi Construction Machinery – Americas, said: “Our autonomous haulage system results in a truck that can determine the most efficient paths without constant communication with traffic control. We’ve also included components that make it possible to convert any Hitachi AC-3 truck bought today to AHS in the future.”

Hitachi’s trolley technology utilises DC-powered overhead lines to power trucks up hills. When the truck operator connects to the line, the hauler switches to trolley power, resulting in an increase in speed up the grade versus engine power alone. This increases productivity, lowers costs and reduces noise and diesel exhaust emissions.

The system consists of two parts: the infrastructure and the trolley-equipped AC-drive haul trucks that have been configured for the system. Hitachi’s system is currently installed in 109 units worldwide.

The Trolley Truck option is available for all Hitachi AC-Drive trucks and is packaged entirely by Hitachi – from components to support.

The new Aerial Angle peripheral vision display system with object detection technology enhances visibility for operators and alerts them to objects in close proximity to the haul truck on job sites. It consists of two main components: a peripheral vision system with object detection technology and a forward collision warning system.

The peripheral vision system offers an overview of the machine’s surroundings by composing images from four exterior cameras in real time while the truck is in stationary mode. The monitor displays objects in close proximity to the truck and highlights the image on the screen for the operator. The system also provides and audible alert to the operator.

When the truck is travelling, the forward mode leverages millimetre wave radar to detect objects and warn the operator of a possible collision based on location of the object and speed of the truck. Operators are alerted to objects through audible sounds as well as flashing lights.

Hitachi’s recently introduced five mining electric-powered hydraulic shovels to the US and Latin American markets that feature an advanced electric-drive motor designed to provide a cost-effective solution to mining operations where low-cost electric power is available.

The machines do not need costly consumables such as engine oil, filters, coolant or fan belts. Components related to an engine are also eliminated, such as radiators, air filters and mufflers.

Hitachi said the next generation of mining excavators, which will be released soon, will give customers the ability to choose which engine they want in their excavator. Next generation mining excavators in emissions-regulated countries like the US and Canada will have a Tier 4 final engine choice of Cummins or MTU depending on the model. For operations outside of an emissions-regulated country, there will be a non-certified version of both the MTU and Cummins engine choices.

The new excavators will also include: improved hydraulic system designs; advanced electronic controls on the hydraulic pumps, improving response and economic control of the pump; and increased efficiency of the pump and system operation, reducing fuel consumption and lowering operating costs.

MINExpo 2016 did not disappoint