Mining contractor Barhaul has acquired a new Terex Trucks TA300 articulated hauler, which is now working at a barite mine in Scotland 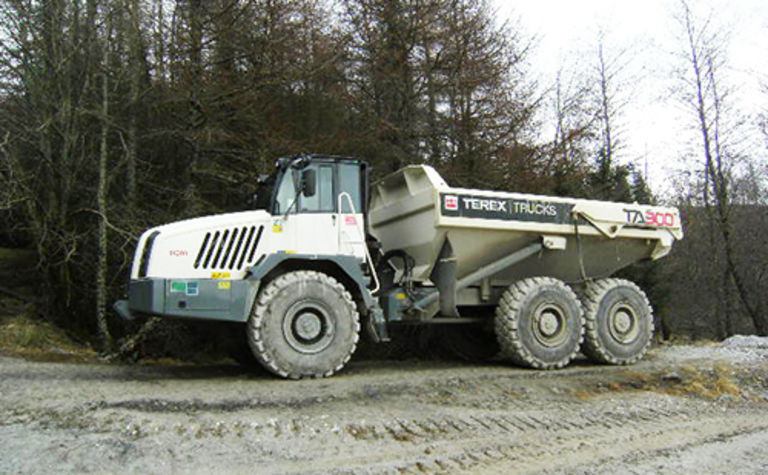 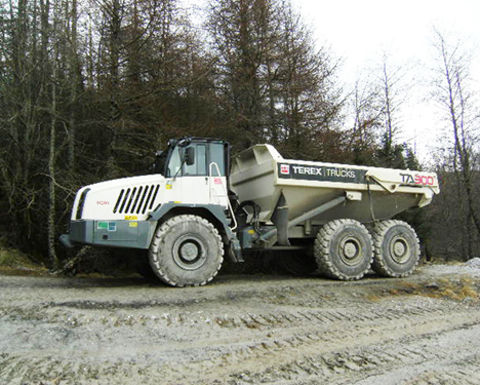 Barhaul has purchased a new 28t-capacity TA300 articulated dump truck, for use in a barite mine near Aberfeldy in Perthshire, Scotland. The TA300 was supplied by Terex Trucks’ UK distributor, TDL Equipment.

John Black, sales director at TDL Equipment, commented: “Over the years, Barhaul has regularly purchased Terex Trucks TA300 articulated haulers, as the company has a very good history with both the product and TDL in terms of our ability to support the product when required.”

Fitted with a tailgate and reverse colour camera, the machine is currently carrying out a number of jobs for Barhaul, one of which involves handling material removed from a barite mine that is owned by oilfield services company Schlumberger.

Barite is the naturally occurring mineral form of barium sulphate. Due to its density, the environmentally friendly material is suitable for a wide range of industrial, manufacturing and medical uses. More than 75% of barite is used as an additive for drilling mud in gas and oil exploration – with the US, Middle East and China as the largest consumers.

Black explained: “Barite is an extremely dense material, so it requires a robust and reliable vehicle to do the work of moving it around in the mine – it’s not an easy life for any truck.”

The TA300 was designed to help overcome the most demanding conditions and move material as quickly as possible.

Built in Motherwell, Scotland, the TA300 is powered by a five-cylinder Scania DC9 engine, which develops gross power of 276kW (370hp) and maximum torque of 1,880Nm. In addition, the transmission retardation system, in combination with engine exhaust brake, supports the fully enclosed oil-cooled multidisc brakes for enhanced protection.

Black said: “The Barhaul order for the TA300, which was to replace an existing unit, was delivered straight to the site and is carrying out the work it was purchased for. Alongside the sale coming with a short lead time, Barhaul’s decision to remain with the brand was influenced by the level of quick responses received from the manufacturer and dealer no matter the request.”

Headwater will sell and rent the TA300 and TA400 haulers as well as providing aftermarket support.