Full steam ahead for Navajo with locomotive delivery

Navajo mine owner Navajo Transitional Energy Co (NTEC) this week unveiled the next step in the growth of its operation in New Mexico, US: two General Electric (GE) locomotives that will handle coal transport from the mine to the Four Corners power plant. 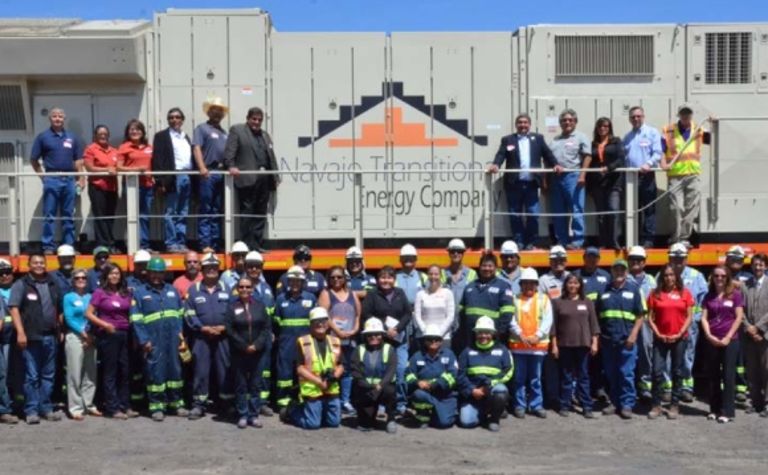 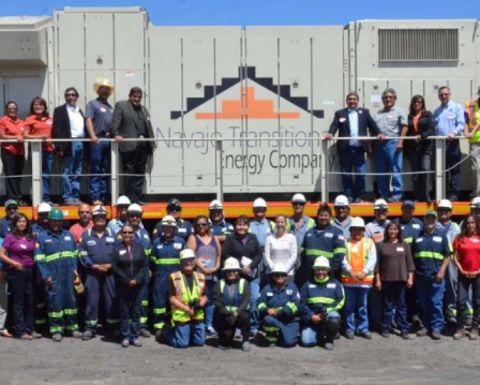 LoRenzo Bates and Tuchoney Slim Jr with officials from NTEC, Bisti Fuels Co, and employees at Navajo mine. Photo: NTEC

The company took delivery of the pair in early July. They replace three electric locomotives that NTEC said were outdated.

“Moving forward, there are challenges due to the competitive energy market and regulations,” Bates said at the event, calling the new equipment a sign of progress as well as a sign that the company is setting the operation up for the long-term future.

The new units are also a symbol of the new ownership of the mine, and a symbol of the new operators, NTEC chief executive Clark Moseley added. “The diesel locomotives will create a safer environment for Navajo mine. By removing the catenary system, we removed the overhead power line and allows for better maintenance of the railroad track.

“Safety is a primary concern for us.”

The Navajo mine is the first coal mine to be owned by a North American tribe.

Steam will be used to refine bauxite ore into alumina