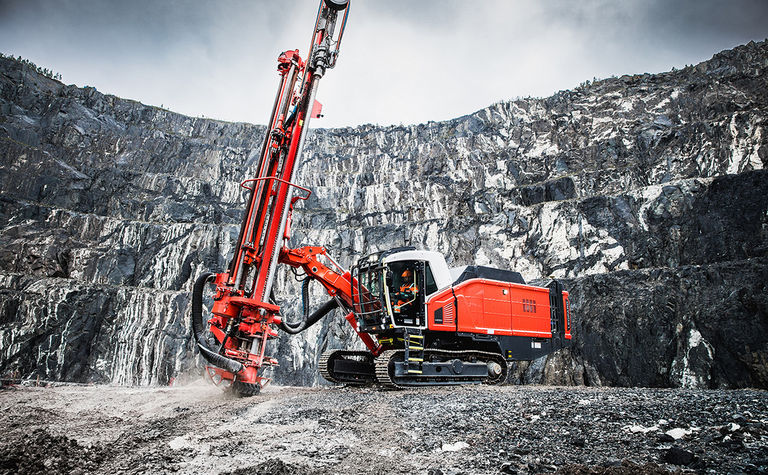 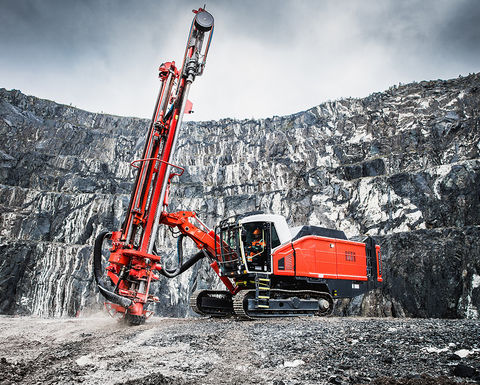 In addition to the solid, long-term track record of engine and compressor design, Leopard DI650i comes with a range of new or re-designed components to boost its productivity, the manufacturer said. The standard rotary head option, HTRH6, has performed well on existing Sandvik DTH rigs, whereas the new heavy-duty option, MRH6, is a good fit with Sandvik's powerful new RH560-series DTH hammers and well-matched to the demands of the upper range of the capacity area.

Pipe sizes range from 89mm to 140mm, depending on the size of the hammer. The maximum hole depth is 53.6m, when utilising the carousel option with pipe sizes from 89mm to 114mm. The capacity range of 403kW Tier 3 CAT C15 diesel engine and reliable compressor is adequate for high-pressure drilling with 4-6.5in DTH hammer sizes.

Due to good visibility of the drilling area and a single integrated touch screen for all monitoring, diagnostics and mining automation displays, Leopard DI650i's silent, ergonomic iCAB cabin provides the rig operator with a safer, productive working environment. The maintenance crew can carry out all daily servicing tasks at ground level on both sides of the machine. The advanced serviceability and reliability features can increase Leopard DI650i's availability by up to 20% compared with conventional DTH rigs at a similar technology level, Sandvik said.

Intelligent control technology applied in both the compressor and the hydraulic system's cooler fan can reduce fuel consumption by up to 15% compared with conventional DTH rigs. Leopard DI650i's fuel efficiency is also boosted by the flow-controlled drilling control system that eliminates fluctuations in airflow, instead allowing the pressure level to fluctuate in response to more difficult ground conditions and increased back pressure (for example, due to groundwater or collapsing holes). This makes maximum flushing pressure and penetration rates available in the most challenging of rock conditions, while still retaining the low fuel consumption of the traditional pressure control approach in easy ground conditions.

Leopard DI650i joins Sandvik's other i-series drilling rigs in its compatibility with the newest scalable automation solutions. The latest on-board options include TIM3D drill navigation with wireless data transfer, My Sandvik fleet monitoring system and full-cycle drilling automatics, which merge functionalities such uncoupling, feed auto-aligning and feed auto positioning into a single efficient sequence. These capabilities can be further upgraded with more advanced modules such as single-rig or fleet remote control systems by Automine Surface Drilling.