East Mining Company’s Solntsevsky coal mine in Russia has welcomed its 21st excavator, however its first 'homemade' electromechanical unit, at its site to dig up overburden with greater efficiency 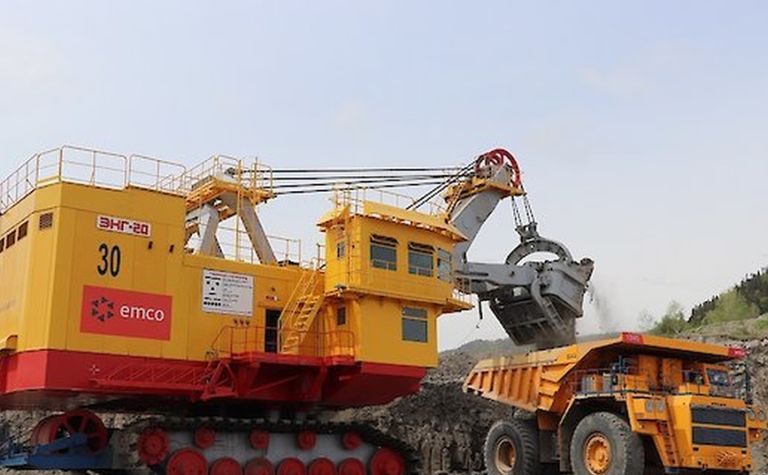 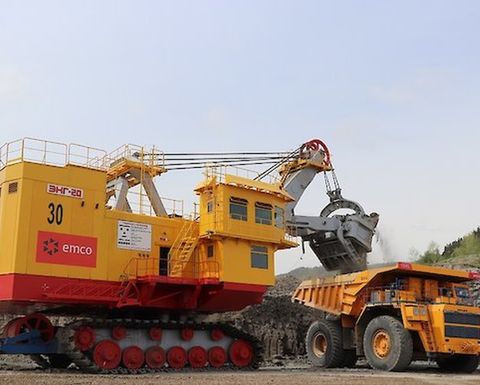 The EKG-20, manufactured by Uralmashplant (Ekaterinburg) and customised by East Mining Company (EMCO), has a modified bucket that can take on 22 cubic metres rather than the standard 20m3. It is considered a new-generation excavator, with the ability to perform more cost-effectively.

Previously, the company said it purchased and used electrohydraulic excavators by Japanese and German manufacturers.

The new unit is the first of its kind to be put into operation in the Sakhalin region.

EMCO claimed it is also the largest surface mine machine in the region, measuring in at 18m in height, more than 30m in width and weighing in at 750t; it can travel at 1.1km per hour.

"The machinery is 95% made of Russian components, equipped with a modern alternating-current drive, information management system, detection system for assemblies and mechanisms, [and a] workflow parameters checkout system," the company said.

It is also wholly electrical, EMCO pointed out, using an alternating-current drive system to help reduce operational expenses. The EKG-20's lifespan is 20 years, versus seven years for an electrohydraulic excavator.

"This excavator, compared with electrohydraulic machines, allows us to reduce excavation of 1m3 of overburden two to three times," Solntsevsky mine director Igor Kovach said.

Solntsevsky, which was the first company in the Uglegorsk district to perform open-cast mining, produced 4 million tons of coal in 2017. Its proven reserves exceed 300Mt from the Yuzhnuy-1 and Yuzhnuy-2 coal deposits.