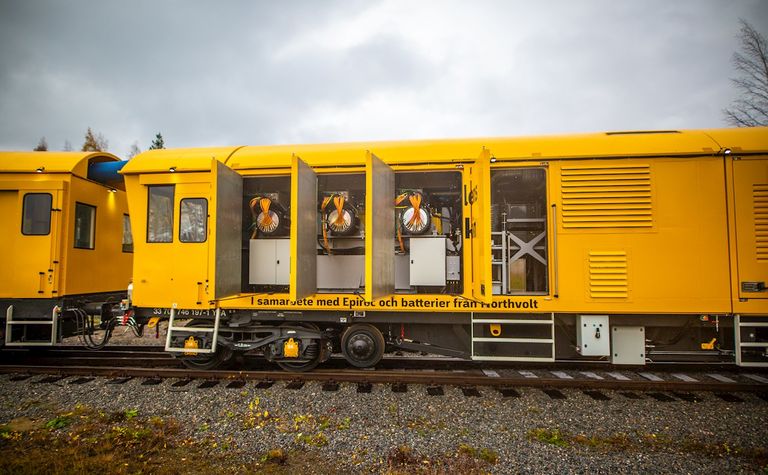 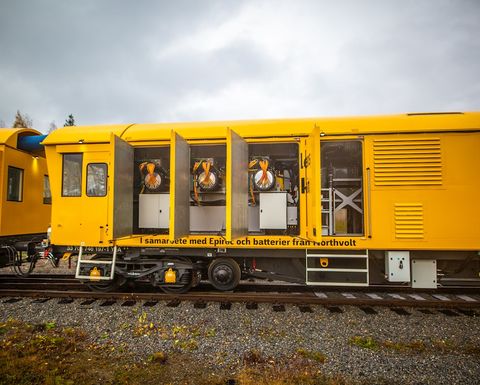 The MPV can operate for four to six hours on a single battery charge and is undergoing testing in Sweden ahead of a planned production launch later this year.

Epiroc said the railway maintenance vehicle project was born out of cooperation with ABB on mining projects.

"The Railcare MPV project extends the cooperation that started with the use of ABB motors and drives for our new generation of underground mining vehicles," said Erik Svedlund, head of marketing, Rocvolt Business Development at Epiroc.

"That e-drivetrain concept was designed primarily with the mining industry in mind, but this project illustrates its broader suitability for other types of machines that operate in tough environments and are traditionally powered by diesel engines."

The MPV has its own power source, vacuum pumps, hydraulics, and operator cabs, added ABB.

"This project with Railcare shows how even the heaviest of vehicles can be electrified successfully to help build a sustainable low-carbon future," said Henrik Nilsson, general manager for traction motors, ABB Motion. "It is also an important continuation of our work with Epiroc that demonstrates how we lead the way as a provider of critical components for demanding e-drivetrain projects."