The successor to the Liebherr R996 600t-class hydraulic excavator, the R 9600, is entering the market. 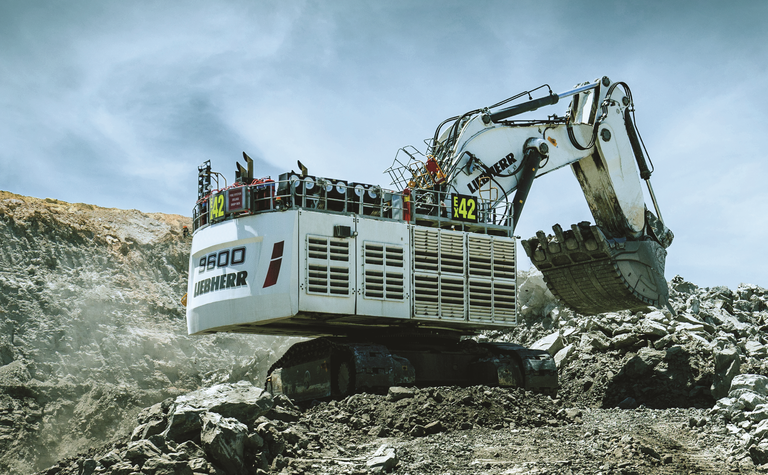 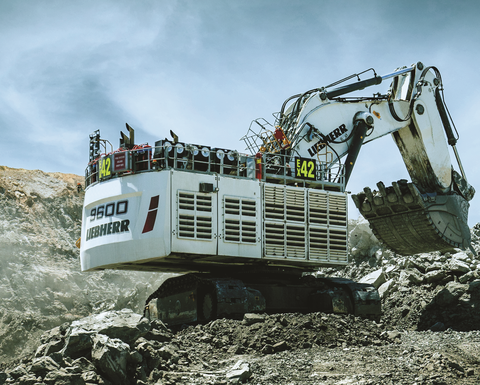 Liebherr has planned the R 9600 to last more than 80,000 machine operational hours.

The R 9600, which is entering serial production at the end of the year is based upon the 800t R 9800 excavator. There will be eight units operating in Australia by the end of 2021.

Among its options is a semi-autonomous digging product the Bucket Filling Assistant.

It also has Liebherr Power Efficiency management systems for the engine and hydraulic system controls designed to cut fuel consumption without compromising overall productivity. They are also expected to reduce emissions.

In face shovel configuration the bucket is 37cu.m as a standard with a heavy-duty wear package.

Liebherr has planned the R 9600 to last more than 80,000 machine operational hours.

The uppercarriage structure has been designed from scratch, while the undercarriage, made of a fatigue resistant steel, has been enhanced with a hydraulic track tensioning system.

According to Liebherr operators have had a big say in the design of the 14cu.m cabin, and it reduces vibrations and limits noise to 69 decibels.

The cabin is on the left side to match other excavators in the range.

The operator's seat has been moved as far left as possible to give the best visibility possible of the attachment and the working area.

The operator station is fitted with touch-screen displays.

There is also a machine perimeter visibility system comprising four cameras located on the rotating uppercarriage that gives a continuous 270-degree vision around the machine.

The R9600 is equipped with on-board applications designed to help operators become more efficient through analytics and actional insights from live data.

The Truck Loading Assistant measures the bucket payload and can tell the operator how many passes are needed to achieve the payload of the truck. It also gives a progressive update on achieving that target.

For maintenance personnel the uppercarriage is accessible via a hydraulically controlled 45-degree stairway. Enlarged walkways with handrails and non-slip perforated steps allow for safe inspections and maintenance at all levels of the machine.

The central service flap offers fluid and lubricant access to all components and systems, which reduces potential downtimes.

Component and system refill and drain points are accessible from ground level with quick couplings and depressurising valves.

According to Liebherr, customer input played an important role in the R9600's development.

After testing the first prototypes at the Liebherr proving grounds in Colmar, France in early 2020, the first R9600 pre-series excavators started operating in iron ore and coal applications in Australia.

Liebherr, along with two of its key customers BHP and Thiess, started the partnered validation of the first two units in the field.