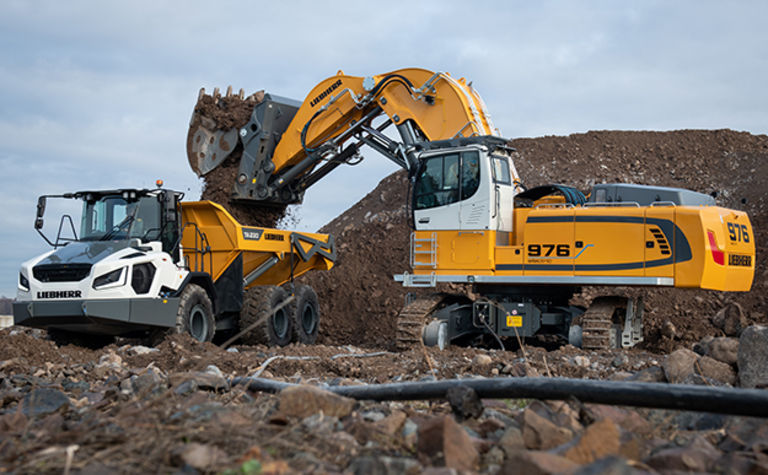 The excavators are not converted diesel machines but feature an electric power system produced entirely by Liebherr, noted the company.

The excavators, which replace the ER 974 B for mine and quarry extraction, were produced by Liebherr-France SAS in Colmar, France and are available in backhoe and shovel versions.

"They stand out for their low noise level, optimum versatility and zero CO2/greenhouse gas emissions during operation," said the company.

"The excavator's electric engine … gives it a high availability of transient power for complex machine movements".

The R 976-E and R 980 SME-E cabs are equipped with an automatic permanent air-conditioning and heating system while the exterior has a 270° camera system plus an armoured windscreen and roof window.

Liebherr said the electric system in the new Liebherr R 976-E 400 kW crawler excavator is supplied with 6000 V power via a cable connection.

The machine is powered by a 6000 V/50 Hz current collector, with a switch cabinet transformer and a low voltage cabinet for power distribution and control for 690 V, 230 V and 24 V networks located on the upper carriage.

Model signals the start of a new generation of Liebherr hydraulic excavators.