POWER agnostic dump trucks will be part of Komatsu’s display at this year’s Minexpo in Las Vegas. 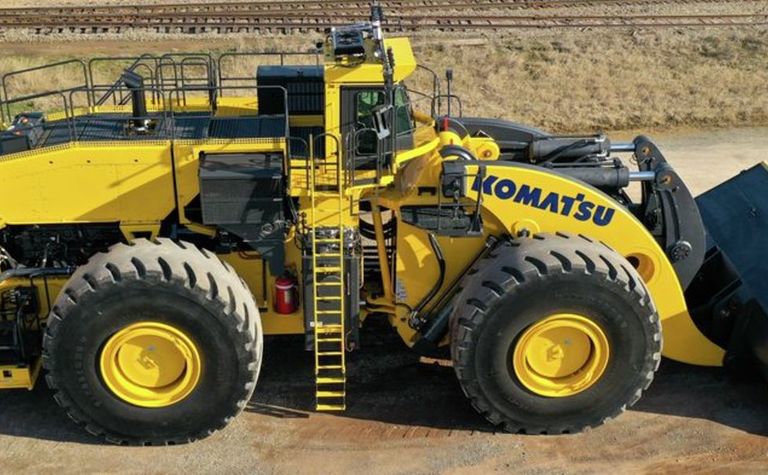 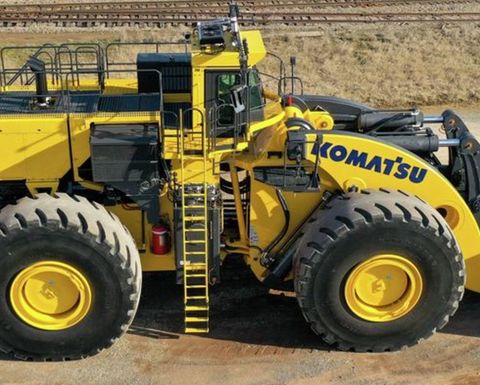 A Komatsu WE1850 wheel loader.

In 2016 Komatsu wowed the show with its Innovative Autonomous Haulage Vehicle concept, a cab-less tray on wheels designed to travel to the loading tool and then reverse to the dump.

Komatsu said at Minexpo 2016 that the IAHV would be put through its paces at its Sahuarita proving grounds in Arizona. Sadly, it never quite made it out of the concept stage, although the original equipment maker has not given up on the concept.

At the Minexpo 2021 Komatsu's haulage concepts are prioritising emissions reduction as well as autonomous haulage.

Other things it will have on show include the:

"Supporting our customers' path forward with new solutions that leverage digitalisation, electrification and automation is crucial to our role as an essential provider to the industry, and we look forward to sharing these innovations developed in partnership with today's mines," he said.

Indeed, that partnership piece is a key plank of Komatsu's display with the focus at its 4460sq.m booth on "creating value together".

A Komatsu spokeswoman said the company was still working on a commercially viable cab-less truck solution.

"Now the focus has evolved to not only prioritise autonomy but also zero emissions, in line with the need for immediate sustainable solutions - so we have adapted accordingly and are focused on bringing both priorities to life in future concepts," she said.

"We now have nearly 400 autonomous trucks running globally and we are on track to, around the time of Minexpo, surpass 4 billion tons (3.6 billion tonnes) of surface material moved autonomously by customers."

The spokeswoman said Komatsu wanted to share its agnostic power vision at the show.

"Because navigating the road map to zero emissions requires the ability to quickly adapt to the changing technologies of the future, Komatsu is partnering with customers and other industry leaders to develop a configurable truck series that adapts to future power sources including tier 4 diesel engines, lithium-ion batteries, trolley assist and hydrogen fuel cells," she said.

"The new series will be available starting 2025 and will continue to evolve over time to meet customer demands on the path toward zero emissions."

Minexpo 2021 will also give Komatsu an opportunity to showcase its wider moves into the underground hard rock space.

Komatsu has not been known as a player in the underground hard rock space.

In 2016 it showed off the Joy 22HD underground load haul dump machine that made use of its SR technology. Byrnecut later brought one of those machines to Australia for a trial.

The ZJ32Bi medium-class jumbo it will have on display at Minexpo is an expansion of its recent move into the underground jumbo market.

While the Joy 22HD was put through its paces in Australia, the local market has been slow to take up Komatsu's other underground hard rock tools.

Part of the problem could be that they have not yet been certified for the Australian market.

"We're just beginning to work with mine operators in the region to help identify how our new underground products and solutions can best fit their application and mine site needs," the Komatsu spokeswoman said.

"As we seek to provide these products for the Australian market, we will work to make the products offered in country aligned to local regulations as we do for any of our global markets."

Company announced the development of an autonomous water truck