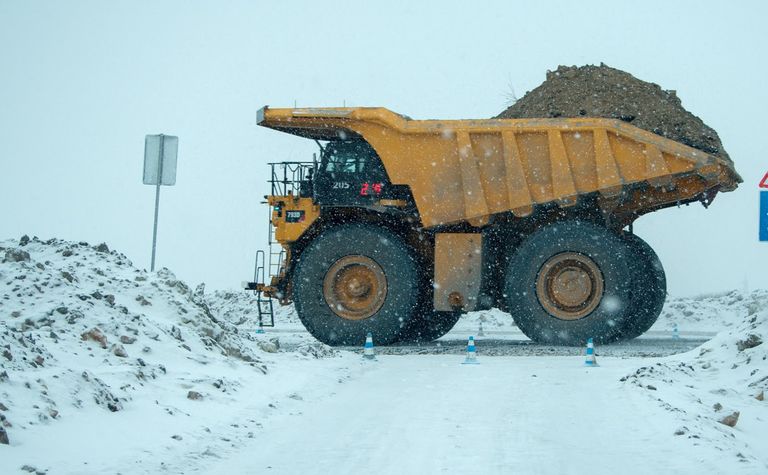 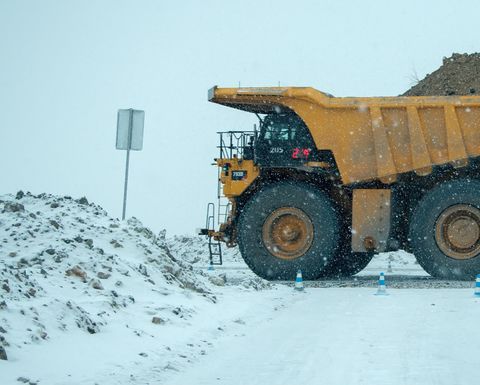 Swiss-based iron ore miner Ferrexpo has taken a lead in automation and electrification in Ukraine by retrofitting its mine haul truck fleet with automation technology, and is looking into implementing trolley assist systems.

Jim North, acting CEO at Ferrexpo, told Mining Magazine that the company expects to one day have a completely electrified, autonomous fleet. But the process will be gradual and progress on the miner's own terms, says North, the onus is on OEMs to decide if future fleets will be powered by hydrogen, batteries or any other breakthrough technology.

This is the first of a two-part series interview.

Do you expect automation in future will need to work with mixed fleets, as opposed to a single OEM?

It took us some time to analyse the solution we wanted to go with. Predominantly, the two solutions available at the time were OEM-specific.

So we considered what it would require us to change all of our fleet over to the cat 793Fs - and it was prohibitive for us to do that. Ferrexpo can't change our entire fleet in one go - it's a multi-hundred million dollar decision. So we looked at other alternatives and we chose ASI Mining to be our autonomy partner.

ASI have been working in robotics, AI and autonomy solutions for around about the last decade, and has worked with companies like NASA and Ford. The reason that we went with that firm is because, it doesn't really matter what type of truck we have, they can provide an autonomous solution for it.

As we were going through the due diligence phase, we went to Utah and had a look at their business. And they had multiple units interacting with each other from different providers, and that provided us with an OEM agnostic solution. So it doesn't matter if we've got the Hitachis, Caterpillars, Komatsus, they can provide an autonomy kit. It took some time to design, but we've taken a phased approach.

Obviously, autonomy on this scale is a big project for us and it's new in our part of the world. So the level of capability to draw in resources is somewhat limited as well.

We've been taking a very conservative approach in phasing it to one truck unit, understand the technology and secondly how to operate it in our business to build the capacity to manage this technology moving forward.

Our first phase was six trucks. The second phase was to go to the full 15-strong fleet of 793s that we've got and operate that for a period of time. And this involves 12 months in full operation with those full 15 trucks. And then, and then we can progressively expand that as we, as we develop our business and replace our fleet, obviously as well.

So we've got a new mine in Belanovo, which we started stripping back in 2018. And because we are at the top of this ore body, we're currently using quite a small mining fleet here.

But as we expand and move into a larger fleet, our intention is that we'll move directly to autonomous trucks and not man that fleet.

We will go toward autonomous and probably some electrification in terms of, in terms of fleets moving out there. You would see progressive implementation over the next decade to us moving towards being a fully autonomous operation. We envision a quite a conservative and steady growth in terms of the deployment of the technique. We can maintain a mixed fleet until you reach the ultimate objective, which is to change everything.

Our ultimate aim in the project is not to have mixed fleets. It's to have one, one size of truck right through our business. And that would be autonomous.

Which technology do you think will dominate in the transition away from diesel fleets?

We're currently working on a mining electrification strategy which is one of the key parts of our de-carbonization journey.

As part of the change out of our fleets, we'll be working towards moving to electric drive. So initially this will be diesel electric drive trucks with trolley assist. The move to trolley assist gives us a substantial reduction in diesel consumption, so we'll be able to drive the electric motors on the trucks using the trolley, and it's only at the dumping at the very bottom of the pits when they're positioning under the shovel that they wouldn't be on trolley.

That'll give us a substantial reduction in diesel use, and is the first stage. For the second stage, really we're waiting to understand what that technology, that ultimate technology will be.

Most OEMs are either working on hydrogen, battery and other options for trucks. But we were pretty clear about where we think it's going to go - battery - currently OEMs have not actually ‘laid an egg' on this yet. They're still, they're still determining they want to do. Ultimately we believe it will get to battery.

So we've been talking to our OEMs but in the meantime we need to constantly replace our fleet and we're also a growing business. So we will be acquiring new trucks.

What we're making sure is that the trucks that we acquire are a strategic fit for our business. In terms of the volumes, we want to move forward with electric drive and a diesel engine. When the OEMs are ready to commit - and we think that's going to happen over the next five years - then they'll come and retrofit those diesel engines with whatever solution that is.

This is the case because once you invest in a truck, you're probably talking somewhere between $4.5-$6.5 million, and then that's an asset you've got for almost 20 years. So we actually understand where we want to go, and we can't necessarily wait for them to find a solution.

So we're looking for them to come back to us. Once that solution is clear, come back and retrofit our fleet with what we believe will be batteries. Now you could go and put a battery in a haul truck today but the problem is you just can't get the operating life, so you would spend more time charging than you would hauling.

But battery technology is moving quite rapidly. So we're pretty confident that over the next three to five years, that that solution will come and, and we'll move slowly again. We would expect that our transition to de-carbonizing our fleet will, will be a 10-15 year journey, and we want to do it on the basis that we need to replace our trucks anyway. So as we replace our trucks and buy new trucks, we would move entire fleets over to an electrified basis