Renard mine uses DigiShot Plus for large stope blast 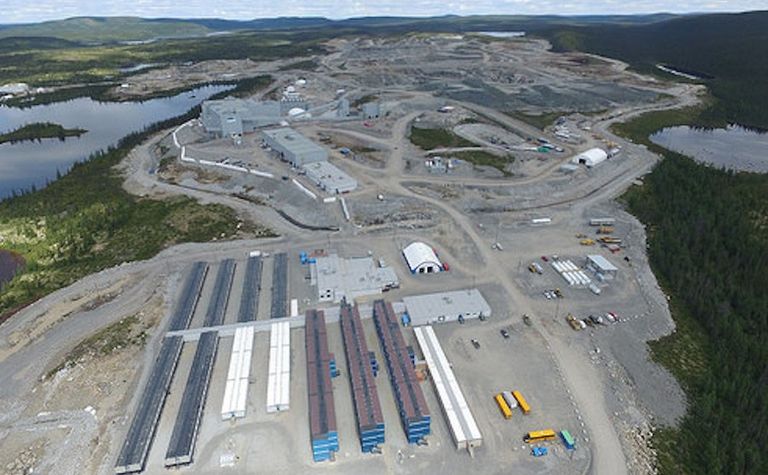 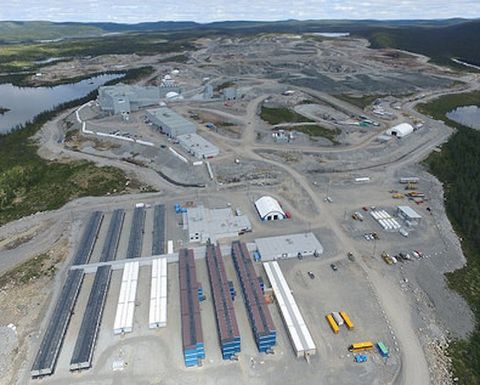 PRESS RELEASE: Dyno Nobel was a part of a record-breaking blast that took place on April 29, 2018, at Stornoway Diamond Corp's Renard mine in Quebec, Canada.

The Renard mine is located approximately 250km north of Mistissini in the James Bay region. The mine is a fly-in and fly-out operation, with commercial trucking to and from cities for all supplies needed to accommodate operations at the mine.

The blast was initiated from the surface to ensure safety of mine employees. The use of DigiShot Plus allowed the mine to maximise timing accuracy and also tie in a large quantity of detonators while maintaining testability of the detonators. This continuous communication with the detonator allows the user to verify there are no missing detonators and each detonator will be initiated.

The Renard mine called this stope shot a ‘Mass Blast', which was fitting for this large-scale blast. A total of 265,000 projected tonnes and 208,000kg of explosives were used to load this stope shot, including the 1,461 DigiShot Plus detonators used for initiation. The downholes had a diameter of 6.5in (165.1mm) and the upholes had a diameter of 4.5in (114.3mm), and all hole depths varied from 25m to 65m.

The blast design was developed by the engineering group at the Renard mine and was executed by the Dyno Nobel on-site representatives.

At 17:38 (5:38pm) the blast was initiated remotely from surface consuming the 1,461 DigiShot Plus detonators. Renard mine management and personnel were pleased with the blast result.