With a single blast event, Orica’s WebGen wireless initiation system helped the Nexa Vazante underground mine in Brazil reduce its ore dilution from 27% to 20% – representing savings for the operation of US$1.59 million. 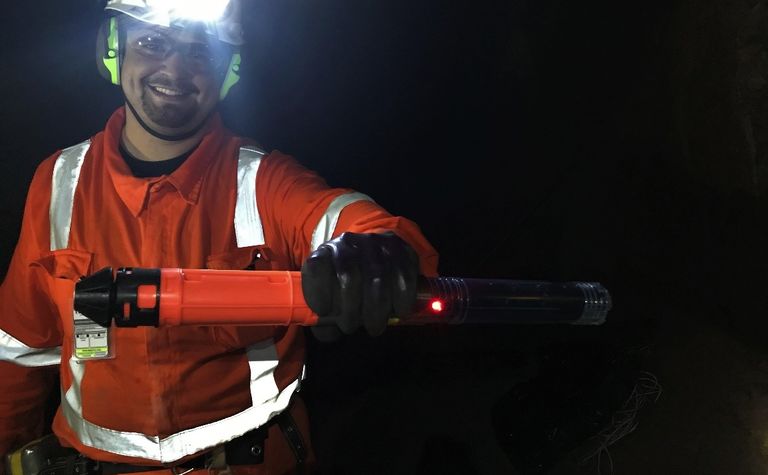 Orica said the first blast at Nexa Reseouyrces' Vazante mine achieved a smaller hydraulic radius, maintaining the pillar during a stope extraction. This, as a result, provided the mine a cycle time that was reduced to just 20 days, or 70% quicker than its projected 90 days.

The achievement, Orica said of the case, was possible because crews maintained two mucking access points to the main stope, something that was only possible with a wireless system. Safety was also improved because pre-loading was done with WebGen, reducing worker exposure to the area and eliminating any need to re-enter it.

"We recovered an island rib pillar, which is a pillar kept in the open stope for dilution control," Nexa Vazante chief mining engineer Mateus Ribeiro explained, noting that once the block ore was extracted and the pillar was no longer required, it was able to remotely initiate the pre-loaded holes.

"We went through a series of improvements in the evolution of blasting technology with Orica, from the first detonators until nowadays using 100% wireless detonators. The blast happened two levels below us, so we are 400m away, above the shot. All encoded signals were sent through the rock with the safety protocols to fire the blast being followed."

Orica first proposed the use of WebGen at Nexa Vazante, a zinc and lead mine located in northwest Minas Gerais, in 2019.

The mine had traditionally deployed wired initiators in ore recovery, which yielded an average 60% ore recovery in the pillars; it used vertical retreat mining (VRM) and long hole open stope (LHOS) as its main methods for ore extraction.

Orica is planning to release its newest system, WebGen 200, next year.