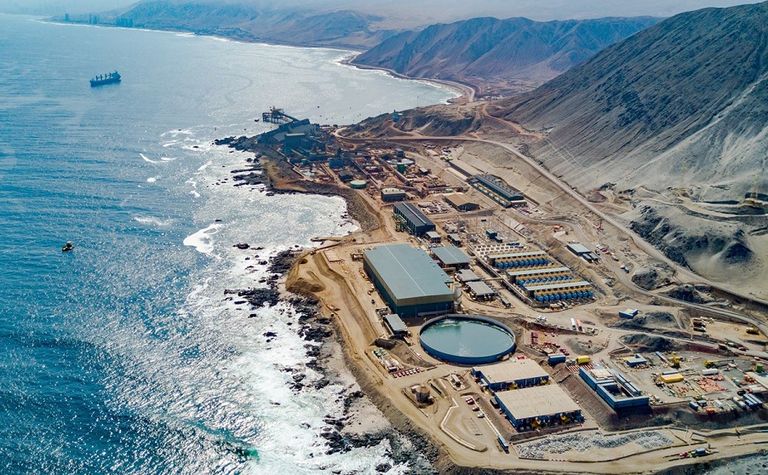 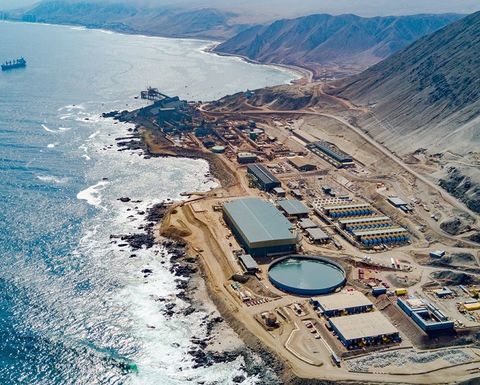 Access to water supply is a key determinant in any decision to go forward with a new mining project or to expand an existing one. In the high, arid deserts of South America, particularly in Chile (the largest copper producer in the world and the second largest source of lithium), it is possibly the most important factor.

Long-range climate predictions indicate the water shortage is likely to intensify. At the same time the need for water supply to the mining industry is likely to increase, principally due to declining ore grades. Access to scarce water supply in the region has equivalently important environmental and social consequences. In Chile, one solution to the issue has been to develop and construct desalination plants dedicated to one or more mining projects.

Historically, Chile's Water Code has permitted the state to grant long-term and perpetual water use rights, which can be exploited with minimal regulation and without any "use or lose" obligations. Mining rights in Chile to date have therefore contained water rights, permitting holders to use any water they came across within the mining area for any purpose for the duration of the mining project. Due to the increased scarcity of fresh groundwater following a series of droughts in recent years, there has been intensifying socio-political pressure from indigenous communities fighting for prioritisation of their domestic and farming water needs (it is to be noted that the mining industry is not the largest consumer of water in Chile - the needs of agriculture in particular are greater). The care of freshwater resources and the promotion of efficient water use have therefore become a public policy priority in Chile, and accordingly a key risk concern for mine operators in the country.

As a result of these developments, local regulatory authorities and legislators are now seeking to make significant changes to the Water Code that would introduce, amongst other things: (a) limited tenures to water rights; (b) priorities in granting water rights to human consumption over mining supply needs; and (c) stricter monitoring of water use and management by holders of water rights. Chile's water authority, DGA, recently announced that it would more than double the zones where no new extraction would be permitted and where any extension of existing permits would need to be approved by the environmental authorities.

One key issue for legislators to clarify is whether desalinated water is to be treated as a privately owned resource. Some (including lawmakers in a bill introduced to the legislature) argue that should not be the case given its source from public waters. The contrary view, that mining companies have financed the plant, is compelling though. What is more likely to arise out of this concern is a national desalination strategy.

Some mining companies in Chile are responding to the social concerns, possible legislative change and the reality of shrinking freshwater reserves by investing in alternative water sources and efficient water management technologies, principally through desalination. However, desalination in Chile is an expensive undertaking given the altitudes of mining deposits and, frequently, the considerable distances which treated water has to travel from the coast to a project. In addition, the desalination process and the pumping of water require substantial amounts of energy. Chile has high electricity costs when compared to other mining countries, and this pushes the desalination costs higher to as much as twice the cost of similar processes in, for example, the US. However, mining companies in the country have limited options if they wish to develop and expand their operations. Water shortages are already impacting production. For example, Anglo American has reported that Los Bronces copper production has declined due to drought. 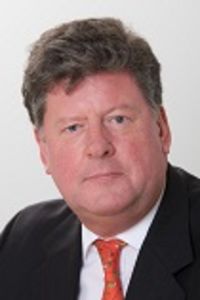 Large-scale desalination plants are now being commissioned in the country's mining districts in response to the growing water risk. In 2017, BHP approved a US$2.5 billion investment for desalination infrastructure, involving 154km of water pipeline, electricity transmission lines and pumping stations, which is set to extend the life of mine at the Spence project by more than 50 years. In April 2018, BHP inaugurated what is currently the largest desalination plant in South America with the capacity to produce 2,500 litres of water per second, which is then pumped 3,000 metres above sea level to its Escondida mine. The total investment required for the project was US$3.4 billion dollars.

In September 2018, the Chilean environmental authority approved TRENDS Industrial's ENAPAC project that is set to overtake the BHP plant as the largest desalination plant in South America, with the capacity to produce 2,630 litres of water per second. If built, the project will be used to supply various mines in the copper and lithium rich Atacama region (as well as to other industry users). In a development that will underscore the importance of environmental considerations, part of the needed power will be provided by solar energy. Twelve desalination plants are already operating in Chile and 15 more are planned (five of which will come into operation between 2020 and 2023). A Codelco plant to supply three of its mines is scheduled to be in production by 2022 and is predicted to reduce consumption costs for those mines by 35%.

This infrastructure could also be accessed by other sectors such as forestry or agriculture as well as local communities. The long-term captive "customers" of this infrastructure (e.g. the mining company paying fees for using the infrastructure in question) could also mean that it has the potential to attract private finance. In addition to spreading the cost, shared-use could facilitate broad-based sustainable and inclusive economic development if properly planned to coordinate with a country's development strategy. The ENAPAC project referred to earlier is an interesting development in this regard.

Access to water will be a key issue for the mining industry in Chile to face over the next couple of decades. The importance of the industry to the domestic economy is self-evident, but the competing social and environmental concerns over the scarcity of water resources complicates the picture - possibly even more now given the current political environment in the country.

Desalination plants are an obvious solution to the immediate challenge, and larger market players have been active in developing significant projects. Notwithstanding the environmental issues and the cost implications (both in terms of construction and operation), this is a trend we can expect to see continue, but the cost considerations are bound to impact the smaller players in the market. It is also likely that tensions between industrial and domestic users are not going to dissipate quickly.

Marimaca to use seawater for Chilean copper project