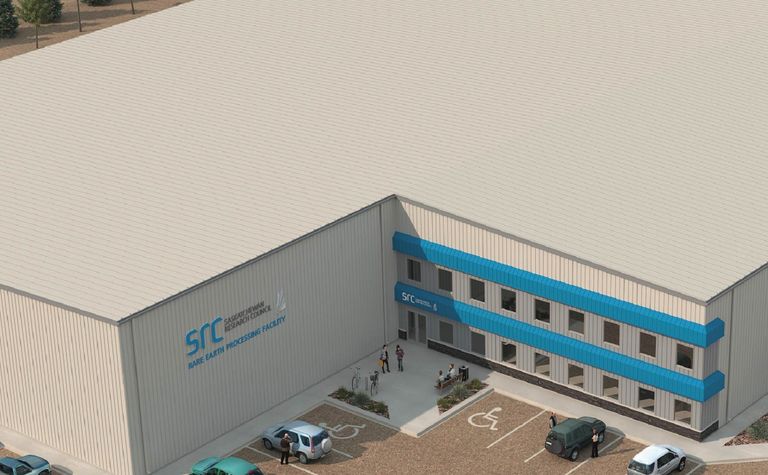 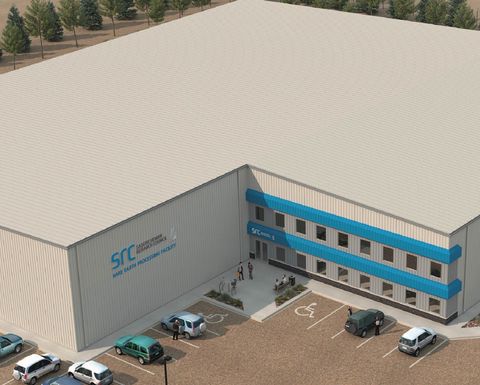 Artist's impression of then SRC-funded REE processing and extraction plant

Saskatchewan procince announced a funding package of C$31 million for the entire facility in August.

The conversion of REE ore to individual REE products will be carried out in two main stages. The first is the concentration of ore to mixed REE carbonate.  The second is the more complex separation stage that converts the mixed REE carbonate to commercial pure-grade REEs.  The facility will address both stages of REE processing.

The capital cost of the plant has been put at A$5.25 million. Processing is scheduled to start in the third quarter of 2021.

The plant is planned to be built adjacent to the separation facility, to be be built in Saskatoon's Hudson Bay industrial area from the fourth quarter of 2021. It is expected to be fully operational in late 2022.

The deal between Cheetah and SRK is currently envisaging a 4-year processing deal which can be extended indefiniletly by mutual agreement.