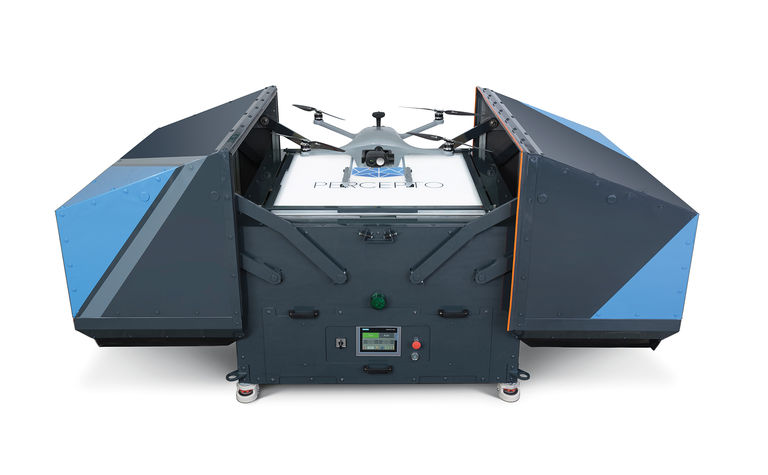 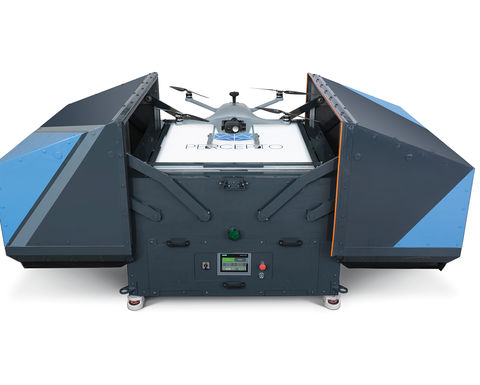 Percepto’s Sparrow UAV on the Percepto Base

The company launched an autonomous site inspection platform in November that uses a combination of both drones and mobile all-terrain robots to monitor asset health in various industry sectors, including mining and oil & gas.

In the US, Percepto has now completed the Type Certification (TC) and durability and reliability (D&R) testing stage of the Federal Aviation Administration (FAA).

It is also pursuing its second TC approval which will include full Beyond Visual Line of Sight (BVLOS) flights, allowing remote operations for its customers. Combined, these approvals would give its Sparrow drone-in-a-box solution full FAA certification.

Percepto also has been granted the Extended Visual Line of Site (EVLOS) approval in Australia and the full Beyond Line of Sight (BLOS) approval in Norway. The BLOS certification enables operating drones without the pilot on site.

"Receiving the first Type Certification for Percepto's drone-in-a-box solution will prove Percepto Sparrow reliably airworthy by the FAA," officials said of its UAV.

The new EVLOS waiver in Australia will allow Percepto's Sparrow drone to fly at 1,500 metres distance from an observer with multiple visual observers. Full BVLOS approvals in the country are expected in the first quarter of 2021.

A view from the air