Donna Schmidt learns more about the productivity, risk mitigation, and other plant-wide improvements at the core of Rockwell Automation’s newest distributed control system 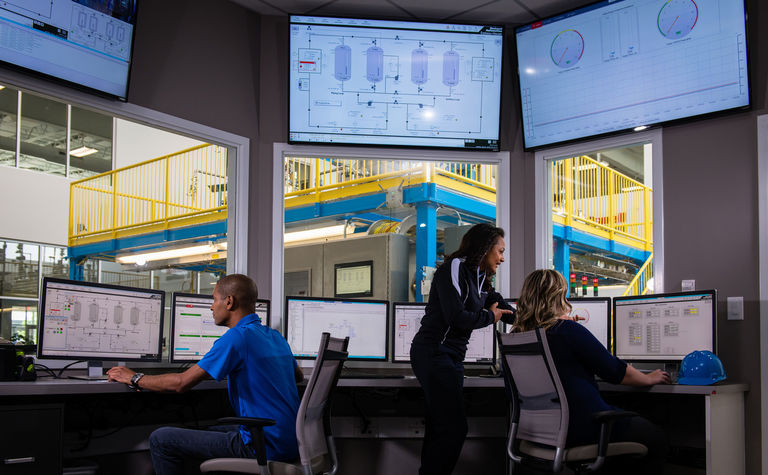 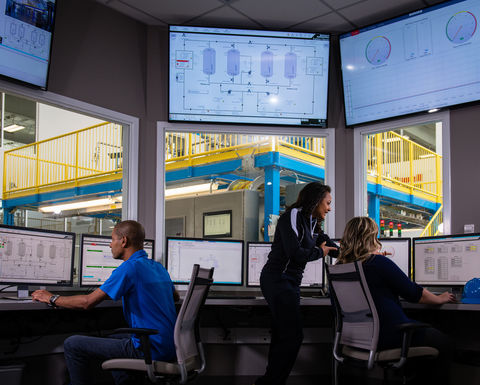 Every working day means making a decision for every operation. With digitalisation growing in popularity at mines, the freedom of flexibility, along with other benefits, is topping the list of operational priorities for the mine itself and the processing facility.

Helping with that digital transformation on the plant side is Rockwell Automation, which released its PlantPAx 5.0 Distributed Control System (DCS) in late 2020. It is the latest version of a system the company first launched a decade ago to simplify the way its customers were implementing its process control solutions.

"The new system capabilities help digitally transform operations by introducing process functionality native to the controller, improving the availability of system assets driving compliance, while enabling the adoption of analytics at all levels of the enterprise," the company says of the newest PlantPAx.

"While Rockwell Automation has been in process control for over 40 years, we wanted to align our solution with the key trends in the different process industries."

EMEA industry leader of mining, metals and cement Marc Gillis tells Mining Magazine that the focus with the DCS has been to meet DCS functionality without compromising flexibility at any  stage of the process system's life cycle. Additionally, it has aimed to help customers engineer, deploy and maintain process solutions with intuitive tools to optimise capital expenses while reducing operational expenses.

Mining Magazine: What are the most significant advantages of PlantPAx 5.0 versus other systems?

Marc Gillis: Customers are looking more and more to increase the flexibility of their production output through more modular build factories. This requires a system which allows quick integration of process skids into a modern DCS combined with a plant-wide platform which seamlessly integrates.

PlantPAx is running on the same controllers as all our other solutions, which enables our customers to accelerate their digital journey while meeting their cybersecurity objectives. Our latest PlantPAx 5.0 is based on the newest version of our platforms and comes with additional functionality focused on process control, analytics and AR [augmented reality].

How vital is the use of a DCS to operations that are incorporating tomorrow's technology?

Running a plant or manufacturing area with multiple systems which are not natively connected will result in a longer journey to a digital enterprise. For our customers facing increased global competition, it is key that they gain visibility not only on their plant, but on their network of manufacturing locations to optimise their supply chain.

The need to respond to quick market demand changes and with a modern plant-wide integrated DCS, the ability to quickly change or add production capacity is key. With our modern scalable PlantPAx system, customers can scale up to their needs and add high-end analytics and AR when they have the capex or the need to accelerate their competitive edge.

What are the benefits of a smaller footprint and its ability to drive consistency?

With the introduction of the 5.0 release, we are significantly reducing the system architecture requirements with the launch of the P-Controller. The P-Controller has embedded process functionality, process objects and alarming, which allows a reduction of network infrastructure and servers.

We also implemented with 5.0 a new way of communication on our standard industrial EthernetI/P backbone, which results in significant reduction of network communication requirements.

Can you explain PlantPAx's role in the connected enterprise?

At its most basic, it literally connects the enterprise. The DCS safely and securely takes care of the core processes and enables people to focus their attention on the broader operations of a plant.

Going beyond that, it offers data, analytics and insights that enable real-time decision-making. This includes visualisation and dashboards for operations that provide production and operator KPIs, sight to abnormal situations like alarm logs and unexpected downtime events, and a modern approach to operator stations and intuitive embedded functionality enabling operations and maintenance to reduce MTTR [mean time to repair] and make the right operator decision based on process information rather than system information.

Finally, it keeps the connected enterprise safe: the PlantPAx adheres to cybersecurity standards and certifications for standards such as ISA99/IEC 62443. 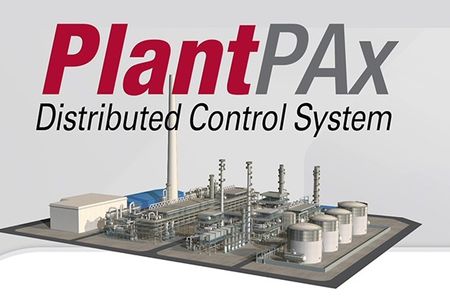 What does Rockwell Automation think process systems will look like at mining operations long-term?

More so today, and certainly into the longer term, we are seeing that large mining entities are understanding the importance of engaging early on with the process system provider. These firms are seeing the process system more and more as a core part of the mine which needs to be set up right first time, instead of trying to integrate it later into existing siloed operations.

This is a big change. The process system is being recognised as the heart of the connected mine, which has the power to provide massive efficiency gains, or to stop production altogether.

Automation and control are now being considered more seriously at the business plan stage of a mine.

At the Minas-Rio iron ore operation in Brazil, owner Anglo American had a challenge: in addition to having an outdated DCS, there were large distances between the different areas of the complex's system that prompted a need for an integration between them.

Also, the company wanted to know how to ensure a standardisation in the way it operated and control between areas, as different suppliers were involved in the project at various areas of the process.

With Rockwell collaborating with the mining operator, an engineering team was created to validate the new system. Rockwell also brought in IHM Engenharia to aid in the large project to be a part of its system development team for process control.

According to Rockwell, Anglo American opted to divide the control system into four parts: the mine and the enrichment plant, the pipeline, the filtration plant and the port - each area with its own servers, controllers and operating room.

Before commissioning, Anglo and Rockwell conducted simulations of the tests in controlled environments to ensure the system worked correctly.

"In this way, the PlantPAx distributed control system reduced the commissioning time of each of the process areas," Rockwell said noting that, before the system began to operate in earnest, Anglo American made some updates to allow the DCS to fully update during implementation time.

"According to the operators, the fact that the system had multiple monitors made its operation simpler and more flexible. For them, the system has a good response time in relation to commands… [and] the number of screens and the amount of information of each one of them has been dimensioned correctly."

At the end of the project, Anglo American made its first shipment of ore ahead of schedule, Rockwell said, and at a lower cost than budgeted thanks to the help of the DCS.

The system, it added, has been integrated with the process information management system (PIMS) at the site, along with the manufacturing execution system (MES).