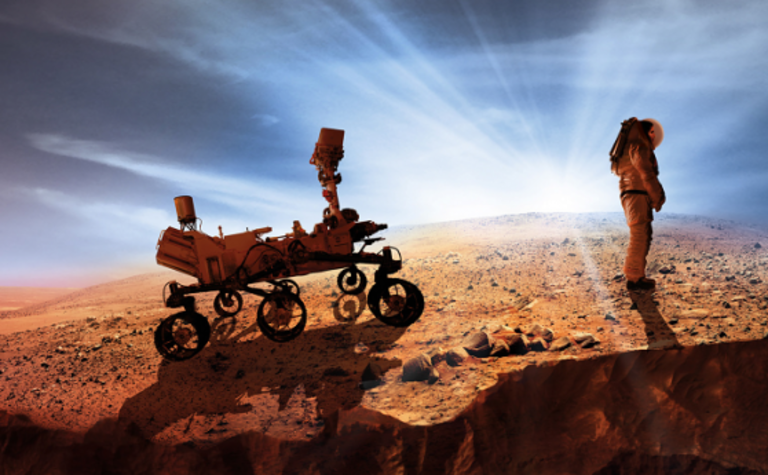 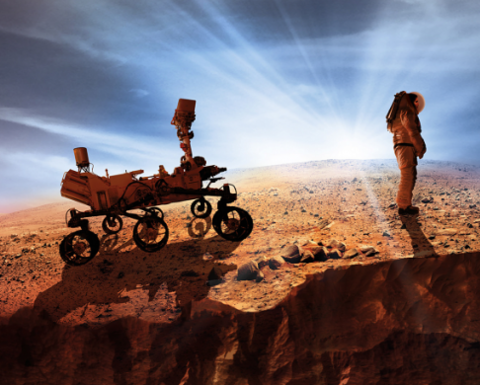 A team of engineers from the University of New South Wales (UNSW) in Australia has an ambitious plan to prove the commercial viability of mining water from the moon to produce rocket fuel.

In an announcement this week at the SIAA Space Industry Forum at UNSW Sydney discussing Australia's role in the United Nations' Moon Treaty, the group outlined steps to put together a multi-university, agency and industry project team to investigate the possibilities of mining on the moon. They also intend to address how that would work under the Moon Treaty.

Professor Andrew Dempster, director of the Australian Centre for Space Engineering Research at UNSW, believes that Australia is uniquely placed to carve itself a niche in the global space industry by exploiting its position of strength in mining expertise.

He commented: "Australia has a natural advantage for off-Earth mining - we have some of the very best mining research, technology and automation tools in the world, and the largest mining companies.

"While overseas teams have been looking at solving some of the problems behind space mining, our project wants to examine how we could actually get this done, firstly from a practical engineering point of view, but also closing a viable business case."

The global space industry is expected to grow to A$1 trillion (US$708 billion) over the next 20 years and Professor Dempster thinks that Australia needs to engage with the space agenda now to secure its ability to compete in this market in the future.

He advised: "What we need to do is reduce the perceived risk to potential investors, including large mining companies, in a space mining venture."

The major deterrent for industry involvement is a lack of understanding of the economics associated with this type of project and the perceived investment risk profile of mining in space.

'Australia has a natural advantage for off-Earth mining - we have some of the very best mining research, technology and automation tools in the world, and the largest mining companies.'

Professor Dempster, who is working with UNSW mining expert Professor Serkan Saydam, has a goal of reducing the perceived risk of off-Earth mining and offering credible evidence that mining water from the moon can be commercially viable. The hope is to be able to show that it is possible to create the machinery, mining methods, energy resources and communications required to do it. To that end, they will consider only those options that are most likely to produce positive investment returns.

The best-known commercial application of extracting lunar water is in making rocket fuel. The components of water are hydrogen and oxygen and these can be used to power rockets.

Making rocket fuel out of the water on the moon could significantly cut down on the cost of carrying out space missions. Currently, rockets leaving Earth must carry all the fuel they need, which comes at an enormous cost. If rockets could refuel once in space, they could reach distant locations for a lot less money.

Speaking about the project, UNSW dean of engineering Mark Hoffman said: "Australia needs to invest in disruptive, innovative technologies to tackle some of our planet's big challenges and to create new and exciting opportunities for economic growth. Projects such as this one will help deepen Australia's expertise in off-Earth mining and facilitate the growth of the space industry in Australia."

Professor Dempster said that given sufficient funding, he and his team may be just five to 10 years away from piloting a water mining ‘proof of concept' operation on the moon.

"Once we prove that the technology exists and major risks can be mitigated, I expect that mining companies will see the commercial potential for this sort of venture and put some dollars towards making it a reality," he said.

Professor Dempster concluded that it is likely that we are still decades away from commercial mining operations being established on the moon.

DeepGreen will use the insights to inform environmental and engineering decisions.