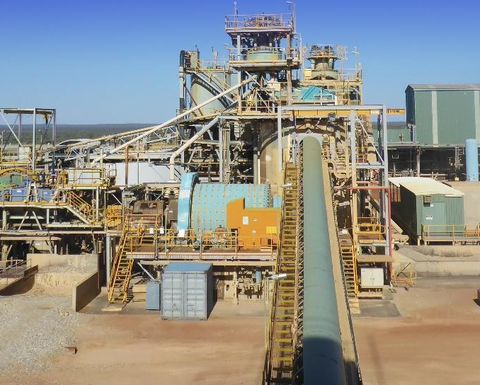 The Perth-based group said that its proposal for the project west of Wiluna and north of Perth includes the erection of the facility along with associated infrastructure adjacent to its existing flotation concentrator. Officials have targeted production of about 70,000t per year of lead ingot.

Regarding the expansion, LeadFX has requested increasing the mine disturbance area by 400 hectares to accommodate the operation's 15-year mine life.

The proposal stems from a February 2018 definitive feasibility study by consultant SNC-Lavalin Australia. LeadFX said the lead ingot production, which would be trucked from site to port as an item of general freight, once the proposed work is complete, would place it in the top 10 list of global lead producers.

The EPA, which submitted its approval to the company earlier this month, has already issued a Report 1620 with its recommendations for Paroo Station. That report is now open for a two-week public appeal period.

Paroo Station, previously known as the Magellan lead carbonate project, was idled on January 15, 2015, and placed into a care and maintenance status, with its owners citing difficult market conditions.

The mine, which recorded 300,000t of lead concentrate production between its 2005 commissioning and 2015 idling, is entirely owned by LeadFX's indirect subsidiary Rosslyn Hill.

LeadFX also owns a majority interest in the Burgin mines near Eureka, Utah, US.