Guyana Goldfields has temporarily suspended operations at its only mine, the latest setback in a troubled 12 months for the gold producer 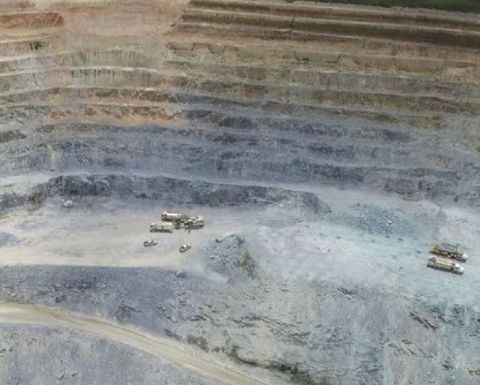 The company said "a wildcat work stoppage" occurred on Tuesday at its Aurora mine in Guyana, which it believed was due to a "misunderstanding".

It said a portion of the workforce employed by its subsidiary AGM had blocked delivery of ore to the mill, and the company decided to temporarily suspend operations as a safety precaution.

It was yesterday evacuating all non-essential personnel from site - including the striking workers - saying work on the underground exploration decline remained unaffected.

"The company believes the stoppage was the result of a misunderstanding concerning the management and relationship between AGM and certain openpit mining contractors," it said.

Guyana said AGM had been examining options to improve mining performance but no decisions had been made concerning any changes to the operation at this time.

The company is searching for a new CEO as part of a settlement struck in April with founder and ousted leader Patrick Sheridan, who had waged an increasingly hostile campaign against the company, claiming it had lost C$1 billion in value since 2016.

Guyana Goldfields' recent review of resources had cut 43% or about 1.7 million ounces from reserves and it decided to optimise a new life of mine plan about a month after its release.

The company said it hoped to resolve the stoppage as quickly as possible and was making arrangements to have the strikers meet with representatives of the Ministry of Labour to mediate the dispute.

Top side of South American operation entering care and maintenance.

Guyana signs on with Stracon