The US Energy Information Administration has released its Annual Coal Report for 2018, revealing that the nation’s coal mining employment numbers have dropped 42% in the last decade – coinciding with a drop in demand for the commodity 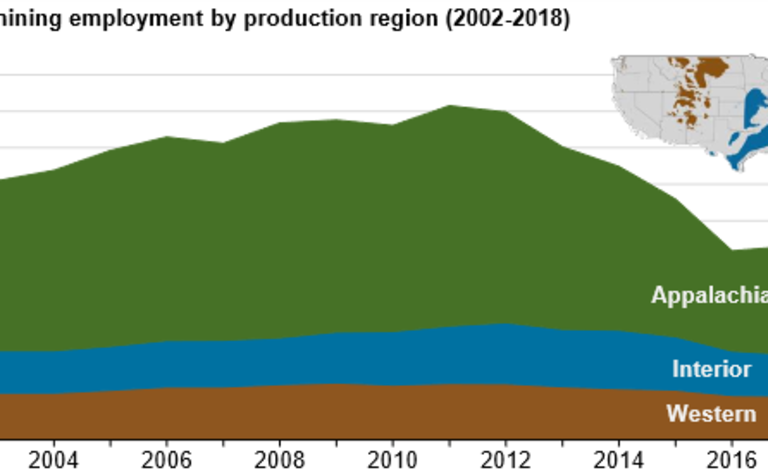 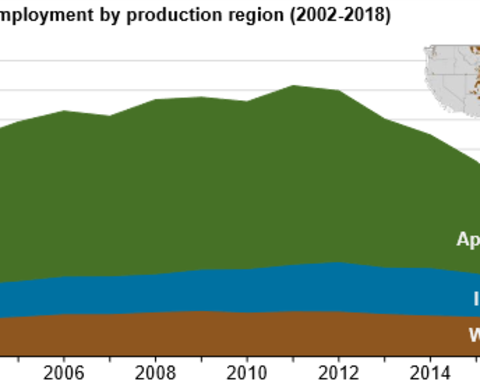 The US Energy Information Administration outlined employment numbers by production region in its Annual Coal Report for 2018. Photo: EIA

In the report, the agency said employment was at a high of 92,000 workers in 2011. In 2018, the total was just 54,000. The hardest-hit region was Appalachia, which includes Pennsylvania, West Virginia, Ohio and part of Virginia.

While Appalachian mines are generally smaller than their Interior and Western US counterparts, the EIA did note a brief spike from 2016 to 2018 as jobs grew along with export tonnage demand.

At the same time, the agency confirmed that the decline in operating mines was much greater in scope than the noted changes in production and employment. That is generally because smaller mines have a relatively harder time surviving in a down market and are often the first to be mothballed.

"The large surface mines in the Powder River Basin (PRB) in Wyoming and Montana have much higher productivity, but even PRB productivity has declined as the region's producing coal seams become deeper and the amount of overburden, or top soil and rock above the coal seam, increases," the researchers said.

"In contrast, the Appalachia and Interior regions both have shown improvements in labour productivity between 2011 and 2018, largely because they are increasingly relying on less labour-intensive longwall and highwall mining systems and closing or idling the least productive mines."

Q&A: Why women should stay in the mining industry