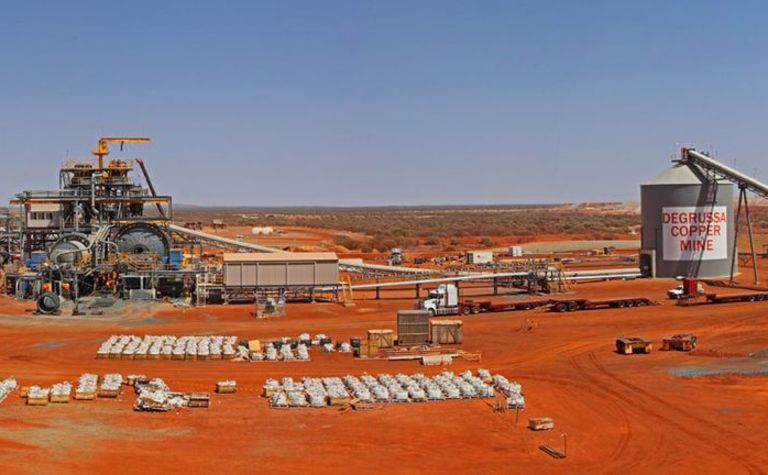 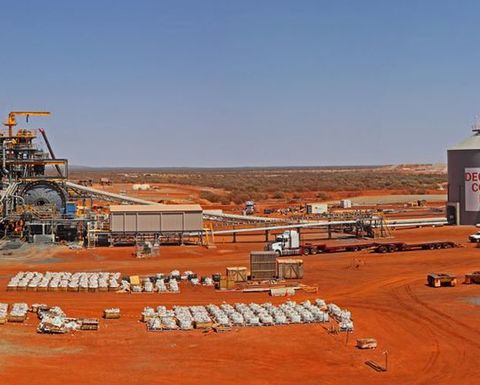 The DeGrussa mine in Western Australia

The cyclone, which was reportedly classified as a Category 3, brought with it rainwater that overflowed a section of a containment bund above the crown pillar stope at the mine and entered the Evans decline. All employees and contractors were moved to the surface via light vehicles, and no injuries were reported.

"The immediately impacted area was isolated and damage was limited to erosion of a section of the decline road surface, a light vehicle and one piece of underground mining equipment," the miner said.

It added that a minor amount of water at the base of the decline was responded to with ancillary pumps.

The state's Department of Mines, Industry Regulation and Safety (DMIRS) inspected the DeGrussa site, which permitted the mine to restart on February 13.

"The current mining schedule includes all four ore lenses at the DeGrussa mine and the Monty mine," the company said. "Mining of the DeGrussa lens includes mining of the crown pillar, which is being undertaken as scheduled beneath the existing open pit."

As DeGrussa's concentrator was unaffected by the cyclone, run-of-mine is being processed from stockpiles at both DeGrussa and Monty. Officials said its guidance will remain unchanged, as both operations are running at steady-state status.

DeGrussa is located about 900km northeast of Perth. It has both open-pit and underground mining elements and has been in operation since 2012.

Multotec built a cyclone test rig to ship to Madagascar.