AN 225 transports Siemens motors to Collahuasi

Coordinating tight schedules with the transport of unusual cargos calls for out-of-the-ordinary solutions, according to Siemens 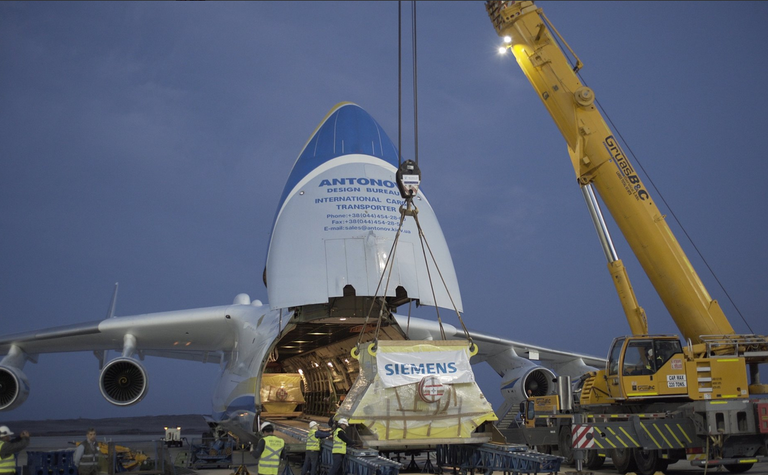 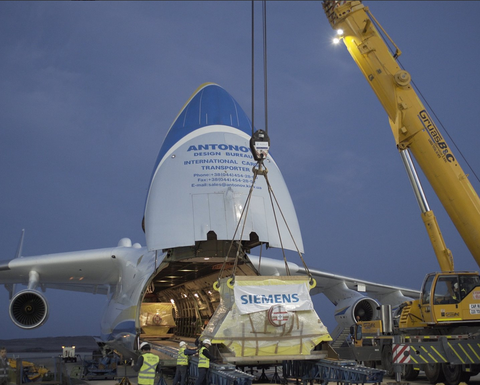 85m in length and with capacity for 160t of freight, the Antonov 225 is the world’s biggest cargo aircraft

Chilean mining company Compañía Minera Doña Inés de Collahuasi commissioned Siemens to supply and implement drive systems for four ore mills in northern Chile. The company stated that the only way to transport these gigantic motors as quickly as possible from the manufacturing plant in Berlin, Germany, to Chile entailed using the Antonov 225, the world’s biggest cargo aircraft.

One of the world’s biggest copper ore operations in Chile, new drive systems for four ore mills, minimal project lead times, gigantic motors and a long transport route – these were the framework conditions and the challenges posed by Compañía Minera Doña Inés de Collahuasi. The company commissioned Siemens to modernise the drive systems of four ore mills at one of its copper mines in northern Chile with the installation of dual pinion drives: for two 8MW semi-autogenous grinding (SAG) mills and two 1.7MW ball mills.

Alongside six 4,000kW and six 4,850kW synchronous motors, the drive solutions commissioned also included the relevant Flender couplings Zapex and furthermore converters Sinamics SL150 with thyristor columns as well as transformers. To ensure adherence to the tight project schedule of just under six months, a decision was taken to opt for express air freight delivery instead of using the sea route. The four large motors from Dynamowerk Berlin which were urgently required in advance for production line two were accordingly transported by truck as a wide load to Leipzig Airport. From here, the cargo – each motor weighing 42t– continued its journey in the Antonov 225, which has a payload of 160t. Despite the impressive external dimensions of the four motors, this 84m-long aeroplane was easily able to accommodate the freight and fly it to Chile in record time. The remaining motors embarked on their journey to Chile by ship. 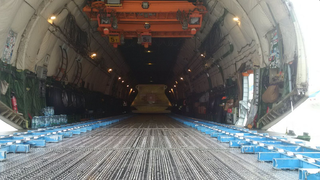 As the new system is capable of installation within just 13 days using the foundations of the motors being replaced, costly mill standstill time can be substantially reduced. The standardised system design enables the operators to now also enjoy the benefits of controllable drives in the ball mills. The direct converters and new automation systems are installed in new pre-assembled Electrical Houses (E-Houses) which were fully developed, produced and pre-tested in the Siemens plant in Santiago, Chile. This simplified their direct connection and commissioning on site. Given the mine’s location at an altitude of over 4,200m, particular attention was paid to the electrical and thermal dimensioning of the components.