K+S has opened its new potash mine in Saskatchewan, Canada 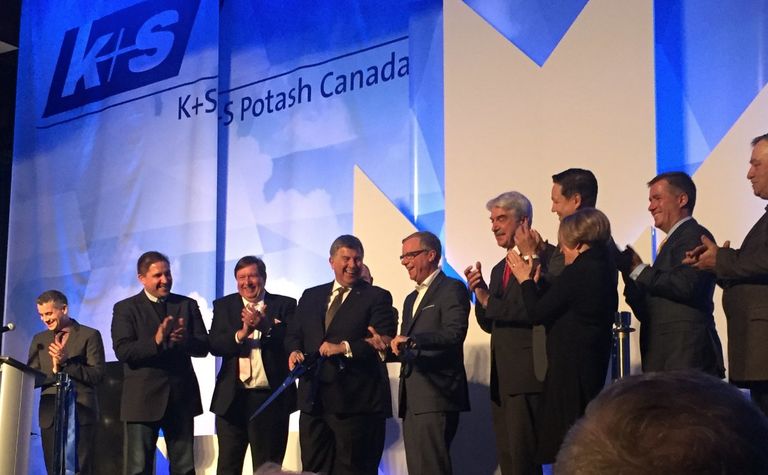 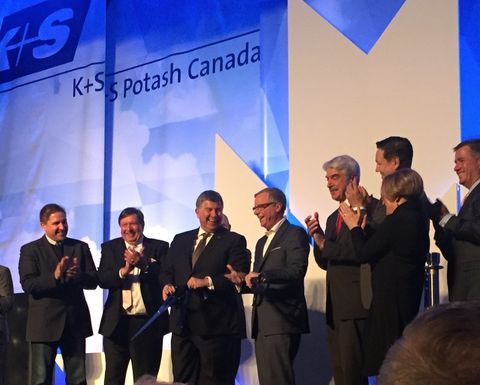 The ceremonial opening of the new Bethune potash mine. Photo: @PremierBradWall

During the opening ceremony, the mine was handed over to the operations team. The five-year construction phase has been successfully completed and the first tonne of marketable potash is expected to be produced in June as planned.

Brad Wall, premier of Saskatchewan, attended the grand opening. He said: “We’re delighted to welcome a very good corporate citizen, K+S, back to Saskatchewan as it begins operations at a mine that will create more than 400 permanent jobs and generate taxes and royalties for years to come. The Legacy project strengthens Saskatchewan’s position as the world’s leading potash producer and is another indicator the province’s diversified and resilient economy is weathering economic uncertainty. We’re thankful for an investment that creates jobs and opportunity in Saskatchewan.”

The new potash mine, which ran under the project name Legacy, has also received a new name: ‘Bethune’. K+S has upheld the Saskatchewan potash mining tradition of naming its facility after the closest neighbouring town.

Norbert Steiner, chairman of the board of management of K+S Aktiengesellschaft, commented: “With our new location, we are making a huge step forward in the internationalisation of our potash business. Bethune enables us to participate in future market growth, reduce our average production costs and strengthen our international competitiveness, which will benefit the entire K+S Group.”

K+S projects that the mine will produce its first marketable tonne of potash at the end of June as planned. In the course of the year, the first potash transport by freight train will take place from the site in southern Saskatchewan to the new K+S port facility in Vancouver, British Columbia, from where the potash will be shipped to customers mainly in South America and Asia. K+S also expects to achieve the desired production capacity of 2Mt by the end of 2017.

Dr Ralf Bethke, chairman of the supervisory board of K+S Aktiengesellschaft, said: “Bethune is the most modern potash facility in the world and will sustainably strengthen the raw material and production base of the K+S Group, thereby opening up a long-term perspective over the time span of our German potash deposits.”

With an investment volume of around €3.1 billion (US$3.4 billion), the Bethune mine is the largest single project in the company history of K+S.