PRESS RELEASE: A Redbore 90EX deployed by Redpath Mining (South Africa) at Sasol’s Impumelelo Mine completed the reaming phase of a 7.3 m diameter hole on 13 April 2017. This equals the African record for the largest-diameter hole reamed to date 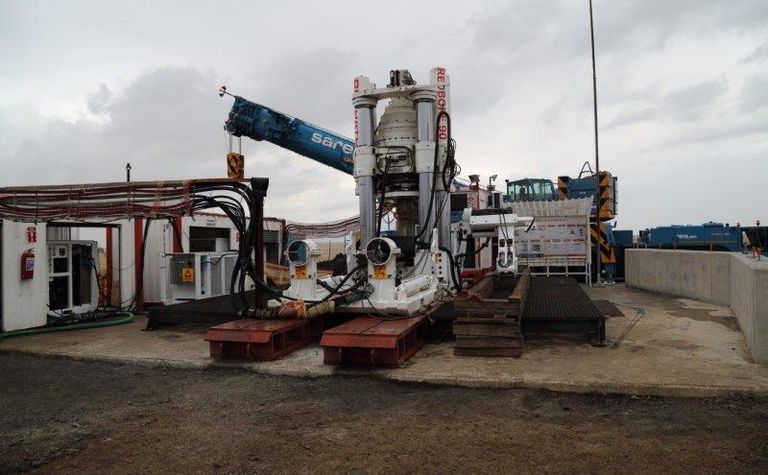 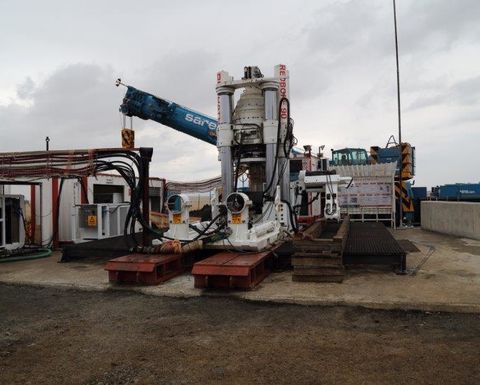 The scope of the work entailed the piloting and reaming of two 186 m x Ø7.3 m ventilation shafts

“We had a slow start initially, as it was during the Christmas period. However, we caught up significantly during the reaming portion of the project. Achieving optimal accuracy was critical, as we were drilling inside pre-installed spiles that may not have been intersected.

The company was awarded a contract for two ventilation shafts by Sasol at its Impumelelo Mine. The scope of the work entailed the piloting and reaming of two 186 m x Ø7.3 m ventilation shafts, including the lining of both shafts by means of a Remote Shaft Liner. The first shaft is the Up-Cast Shaft and the second will be the Down-Cast Shaft. The Redbore 90EX is being used to raisebore the shafts.

Mobilisation commenced on 19 December 2016 and piloting of the first shaft in early January. The pilot hole was directional-drilled, using the Rotary Vertical Drilling System (RVDS), down to a depth of 82 m, from where conventional piloting continued until breakthrough on 28 January. The reamer chamber had to be prepared, with reaming commencing on 16 February. The reamer was designed jointly by Redpath and Atlas Copco.

Currently the Redbore 90EX is being mobilised at the Down-Cast Shaft, while the Remote Shaft Liner is being set up at the Up-Cast Shaft. Shaft lining will be carried out by spraying a 100-mm-thick, 30 MPa fibrecrete lining onto the sidewall of the reamed hole in order to prevent the shaft from caving in. This will be carried out via a remote-controlled unit from the surface down the hole, which means no workers are involved, and who will be out of harm’s way at all times.

Redpath also recognised the importance of up-skilling and participating in a Social Development Plan, and therefore recruited raisebore assistants from the local communities. These new assistants had no prior raiseboring experience or exposure, and had to be trained and assessed on all aspects of the raiseboring before and during the project.

Agreement will be guided by operational KPIs