Keller piles up at Cloudbreak 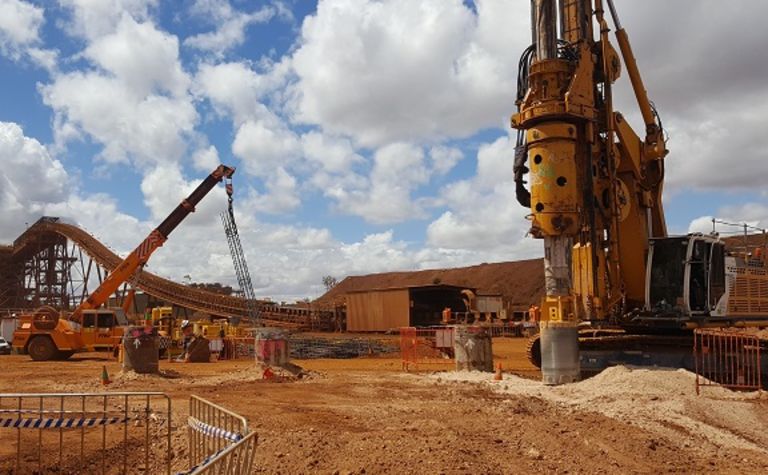 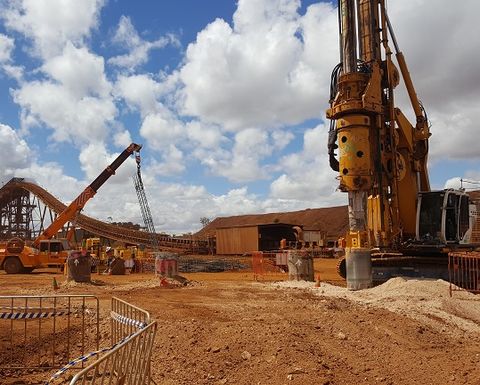 Keller piling at the Cloudbreak complex in Australia

The project was completed in just 17 days, and 10 days ahead of schedule, despite challenging conditions. The site was then ready for RCR Tomlinson to build a A$33 million (US$24 million) relocatable conveyor system at the existing active operation.

The Keller segment of the project began in March and, according to project manager Mo Aziz, the works were split into three 30m areas that required foundation support for the conveyor.

"After carrying out point load index testing to verify the required rock socket depth, we carried out the works, which consisted of 18 bored piles with temporary segmental casings over the three areas," he said, adding that the various-length piles had diametres between 1.2m and 750mm.

The remote nature of the site played into the logistics of the project for the company's team as well.

"Temperatures can reach around 45° [Celsius] and once it gets to 37°, you can't pour the concrete," Aziz said. "We had some issues with the concrete supply, which had an impact on when we could work, but we were prepared and able to mitigate the problems."

Crews also faced operational constraints, as well as unpredictable subsurface conditions; on one occasion, there was a three-day wait for piling gear to arrive from Queensland due to a severe weather event that resulted in a detour for the delivery driver.

"The rental company we used for the hire of utes couldn't get to the site due to heavy rain, so they had to drop them off 100km away," he added.

Aziz said that, while it did have contingency plans in place, it was still able to complete the project early.

"The client was very happy with our performance and the fact that we were able to complete the piling works ahead of schedule. The quality of work was high. This project shows that, whatever the size of project, we don't underestimate anything."