Mining contractor JRC, which is working at the Iscaycruz zinc-lead operation in Oyón province, Peru, has acquired six of Atlas Copco’s HiLight V5+ light towers to allow for more efficiency and continuous operations. 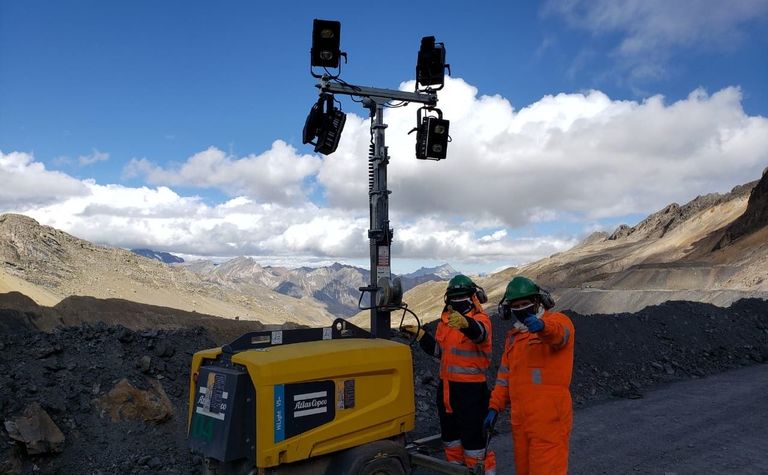 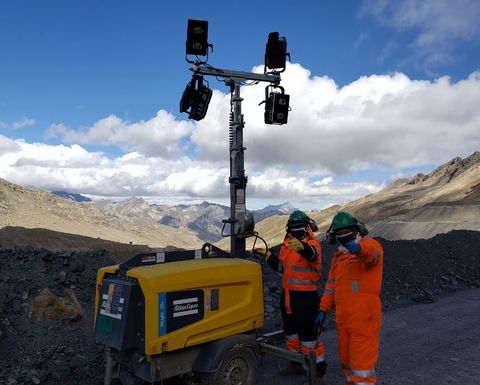 The lights have already been placed at the openpit mine owned by Empresa Minera Los Quenuales SA, which is situated in one of Peru's most challenging regions at an altitude of between 4,700 and 5,000 metres.

The HiLight H5+ light towers offer low fuel consumption, less than 0.5 litres per hour of fuel and a run time between refuelling of 260 hours.

"The survival in this area is very hard, both for people and equipment: we worked with light towers from another manufacturer for a while and they did not work out," JRC equipment manager Julio Tello said.

"The three-cylinder engines shut down after two hours working and the lamps broke easily."

The preceding lights led to losses for the contractor, as crews could not work nightshifts properly. To solve the issue, they tested the Atlas Copso HiLight V5+ light tower and subsequently purchased a half dozen for the site.

"A single light tower has four LED floodlights, each projecting 350 watts of light and the HiLight H5+ can illuminate an area of up to 5,000 sq m, providing an average brightness of 20 Lux. The LED lamps have a life expectancy exceeding 50,000 hours.

"The acquisition of Atlas Copco's HiLight V5+ light towers with two-cylinder engines changed the whole picture for us. It's a solution that has been radical," JRC said.

Empresa Minera Los Quenuales SA is majority-owned by Glencore. The deposit there has four mines in production: Limpe, Chupa, Tinyag 1 and Tinyag 2.

A coal mine has increased its operational efficiency and environmental credentials after adopting LED...