Crusher producer Pilot Crushtec International has introduced its newest vertical shaft impact (VSI) crusher, the VS100, for sites with tertiary and quaternary applications. 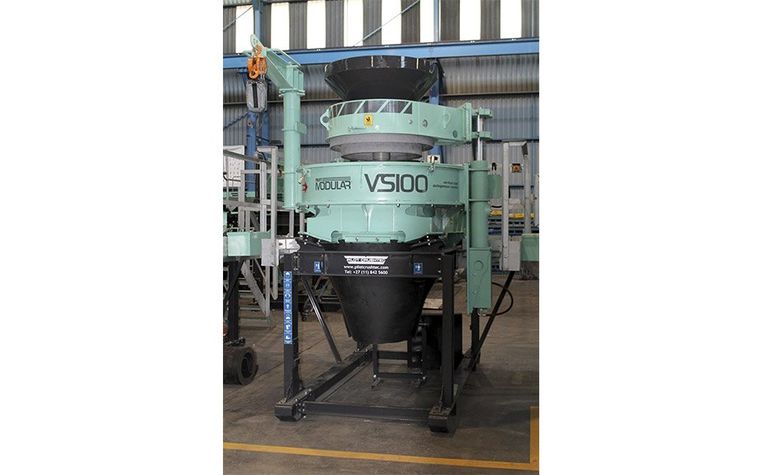 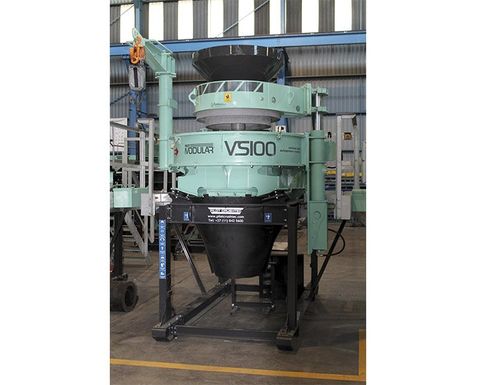 The VS100 vertical shaft impact crusher from Pilot Crushtec International

The Pilot Modular VS100 is a remodelled and improved version of the AC06 VSI crusher, what the company considered its previous entry-level model.

The new release, however, includes advanced materials and manufacturing methods, enhancing a user's experience but also keeping the fundamental functionality and reliability of the AC06.

New features include a new inclined staircase and a three-sided platform that is both non slip and chemical resistant.

The unit's hydraulic pack both opens and automatically rotates the lid, revealing the modular rock chamber and rotor, and the jib crane is installed standard, allowing for the rotor's safe removal as needed.

"The modular rock chamber allows you to go from autogenous crushing to an anvil ring crushing configuration, and is designed for efficient rock-box build-up," the company noted.

The VS100 has the option of two rotor sizes, five motor sizes, five rotor speeds and a rotor bypass system, allowing versatility as capacity requirements change at a plant or optimisation for power consumption.

Officials, calling the Pilot Modular VS100 ‘the complete package,' said the brand-new design will allow for operations to increase tonnages from 10 tonnes per hour to 100t/h, dependent upon application.