Traditional means of escape from underground mines, such as the use of steel ladders, have played their part in the past. However, as the mining industry grows and innovative thinking steers the industry in a new direction, designs like steel ladderways are replaced with systems that are built specifically for the harsh environment that they are to be installed in 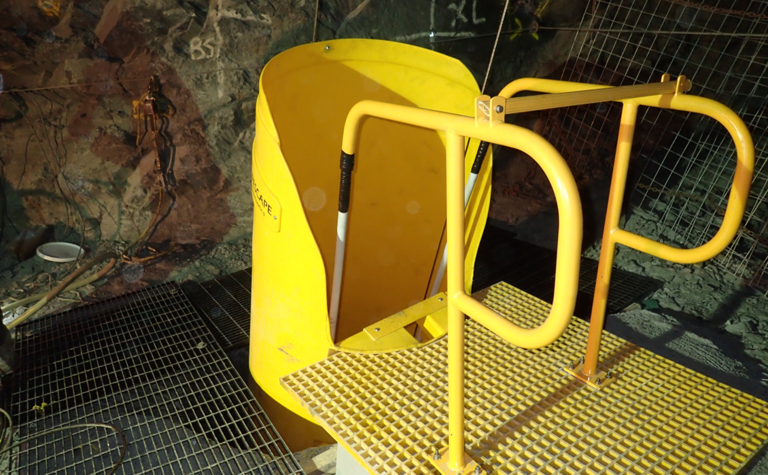 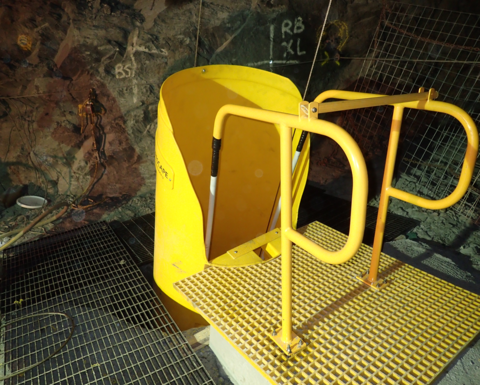 PRESS RELEASE: While all mines experience corrosion to some degree, most of Australia’s base metal mines face this issue on a daily basis. Safescape Laddertube escapeways are made from polyethylene and stainless steel so they are not subject to the same corrosion issues that steel ladders are.

A recent routine inspection at the Nifty copper mine in Western Australia found that a 160m section of its oldest steel ladders, which extend from the old open-pit mine down into the underground workings, had been deemed unsatisfactory due to excessive corrosion.

At this point Metals X began to search for suppliers to replace the existing compromised steel ladderway. Most options were either unsuitable for the length (over 150m of ladders) or would take up to six weeks to fabricate and deliver. The mine had to be closed until the ladders could be replaced, as escapeways are typically installed on the critical path to production, so a short turnaround to replace this ladder was critical. 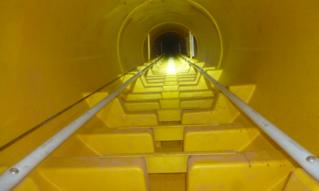 Fortunately, an order for another one of Safescape’s customers in the US was awaiting shipment and therefore the ladders were available to be delivered within days. The production team at Safescape’s facility in Perth worked through the weekend to replace the order for their US customer so that it wouldn’t miss its sailing date. Installers were re-tasked and equipment was sent immediately to Nifty.

The next process for the Safescape Laddertube technicians and the mine site was to install the ladderways safely and efficiently. The Safescape team provided the required certified winching and ancillary equipment to lower the ladders underground. However, a further challenge for this particular project was that no vehicular access exists to get to the ladderway into the pit for the first step in replacing the failed section underground.

Nifty personnel searched the country and found a helicopter that was both capable and available to lift the ladders and installation equipment into the pit. While this work was going on, Nifty personnel undertook the inherently dangerous task of removing the compromised ladderway. They did this by undertaking a risk assessment and re-securing the old steel ladderway from top to bottom and then removing in sections from the bottom up, thereby mitigating the risk of a major failure occurring during the removal process.

During this downtime at Nifty, all personnel involved in re-instating the ladderway worked as a well-oiled machine. Meanwhile, the rest of the team worked to get ahead of maintenance, planning and training so that none of the time taken away from production was wasted. 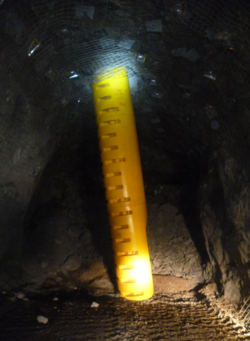 Allan King, chief operating officer at Metals X, commented: “This was a truly exceptional outcome and provided a classic example of the support needed from time to time in this industry. We were fortunate that the ladders were available and are relieved that Safescape were, with the assistance of their dedicated workforce, still able to meet their original order for the ladders sent to the US. It was not only the ladders that they provided but a full installation system to Australian Standards, meeting all the regulators requirements and saving further time.

“A big thanks also goes out to United Aero Helicopters who were able to supply the helicopter required to lower all equipment and infrastructure into the pit and to all those involved and providing support in the installation process. Nine days from order to installation complete under normal circumstances is a great effort but under the circumstances for this job, it can only be described as fantastic.”

All of the ladderways were installed by Friday August 25 and approval from the Department of Mines and Petroleum (DMP) to resume work on the site was received by lunchtime that same afternoon.