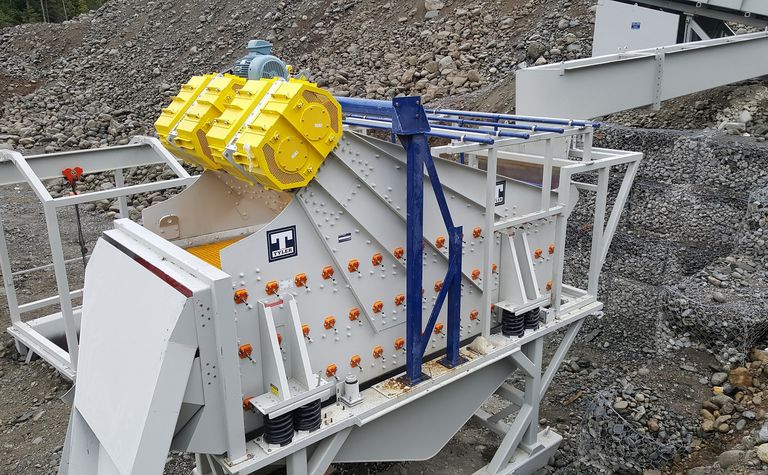 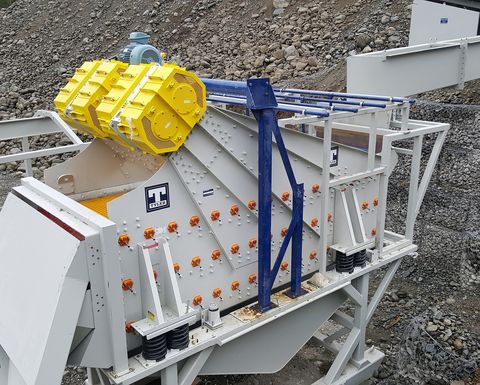 PRESS RELEASE: As a result of Ty-Rail’s success, Haver & Boecker developed and now offers three angle-box designs for different vibrating screen setups. This allows producers to benefit from Ty-Rail’s time savings during screen media change-outs, even on difficult-to-access areas of a vibrating screen.

The patented Ty-Rail system is designed specifically for Haver & Boecker’s Tyler brand of vibrating screens and now comes standard on all new F-Class and T-Class machines with three-bend tension rails. The system solves an age-old problem of time-intensive screen media change-outs. Replacing tension rails is typically time consuming and requires removing and replacing many pieces of hardware per screen section. Washers or bolts are often dropped or lost in the process, which adds to downtime and parts costs. Ty-Rail eliminates this problem by combining the tension rail and all of its hardware into one piece. The new Ty-Rail angle box designs provide the ability to change screen media in half the time, even in tight or hard-to-reach areas.

Karen Thompson, Haver & Boecker Canada president, said: “Our goal is to continually develop new ways to help our customers achieve more productivity. Our patented Ty-Rail system is just one way we are achieving that goal. The feedback from customers and the positive impact on their operations encouraged us to develop additional configurations to accommodate more screen designs and applications.”

The standard Ty-Rail configuration requires operators to loosen bolts and shift the angle box gates up to remove the tension rail. This is ideal in easily accessible areas of a vibrating screen. However, some screen designs can limit access to some of the tensioning bolts. Haver & Boecker engineered two additional angle box designs for reverse and tight areas. 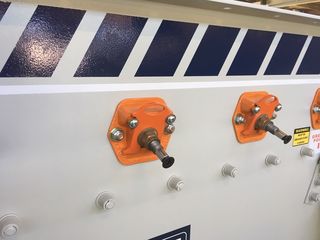 The reverse design allows maintenance technicians to loosen and remove bolts from the inside of the vibrating screen instead of the outside. This eliminates the tedious task of using an open-end wrench to access difficult areas, such as a bolt between coil springs and the side plate, and risk dropping small parts.

The tight-area design flips the angle box 180° from the standard angle box configuration, allowing producers to loosen the bolts and drop the angle box gate rather than lift it up. A reinforced strap secures the gate during screen media change-out. This design allows the use of Ty-Rail even on parts of a machine where an angle box gate couldn’t be shifted up, such as below a wheel guard.

Each Ty-Rail package includes two tension rails, eight angle boxes, eight bolts and all the hardware required to change one screen section. Once installed, each rail becomes a singular, removable piece since the bolts remain attached to the rail, and the angle boxes remain attached to the vibrating screen. To remove the tension rails, an operator simply loosens the tension bolts on each, shifts the angle box gates up, and lifts the rail and bolts out as one piece. The innovation can take the task of changing tensioned screen media panels from two people down to one.

Producers can refurbish older Tyler vibrating screens that have three-bend tension rails with the Ty-Rail system. 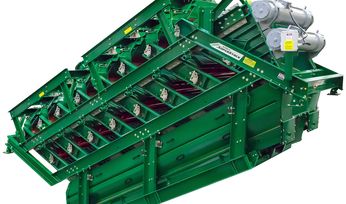 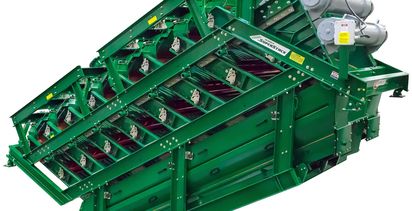