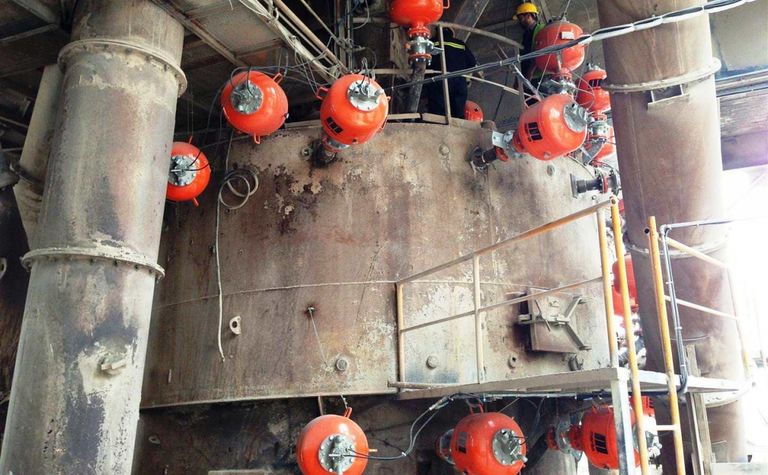 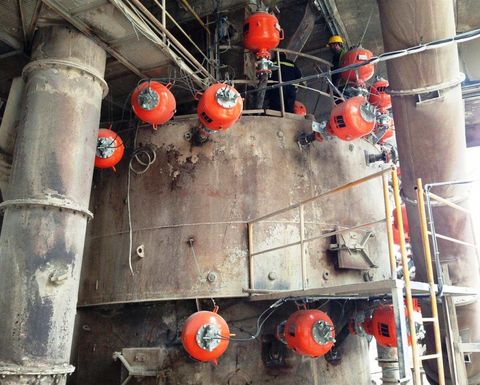 The company has paired Martin Core Gate with its Smart Nozzle line of air cannon nozzle designs, which permit replacements and service without removing the cannon and even during production times.

Brad Pronschinske, manager of global flow aids, noted that replacing conventional nozzles often can require removal of refractory material around the nozzle's opening, but the Martin replacement system leaves that refractory in place and undisturbed during service. In addition, installations and maintenance can be done by a single individual from outside the vessel.

Both Martin Core Gate and the Smart Nozzle represent significant technical breakthroughs in the industry, Pronschinske added: "In the past, when material accumulation problems became an issue, processors would have to either limp along until the next scheduled shutdown or endure expensive downtime to install an air cannon network. That could cost a company hundreds of thousands of dollars per day in lost production.

"Our initial advancement was engineering a nozzle design that could be safely replaced with no production stoppage. Now this new technology allows us to add air cannons and nozzles to an operation while it's in full swing, without disrupting the process."

The new technologies are ideal for high-temperature applications such as ash handling, coal-fired operations and cement manufacturing.

The unit was designed for heavy-duty applications and tested outdoors.