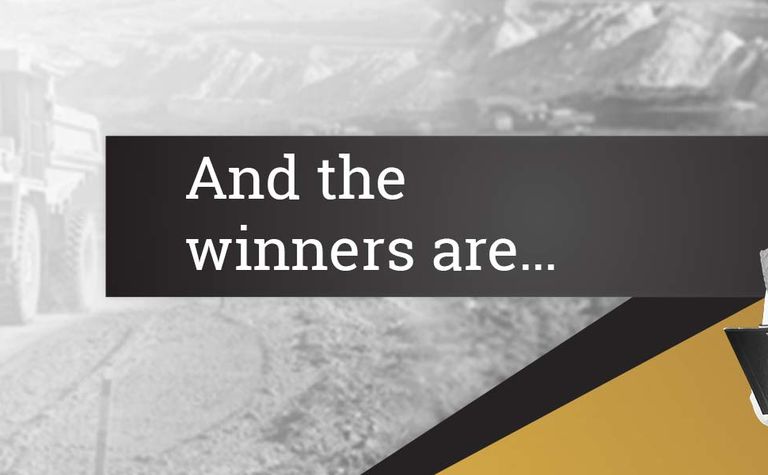 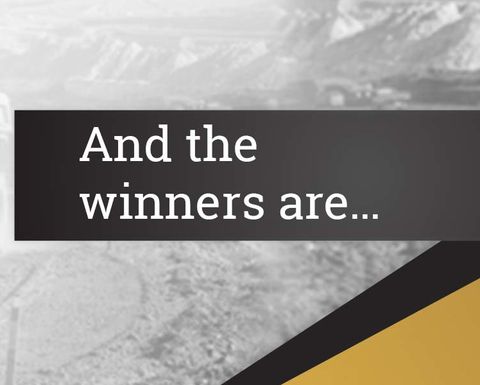 Every year, Mining Magazine celebrates excellence in the mining industry by inviting our readers to nominate people, companies or groups that they feel have demonstrated outstanding commitment to advancing the state of play in mining over the past 12 months. The shortlisted candidates are then put to the vote.

We also have a special Editor's Award for a company or group that MM's editorial team feels has been particularly innovative over the past year.

Congratulations to this year's winners, who are listed below; and thank you to our readers, who took the time to nominate and vote for them.

And the winners are...

The IBM Exploration with Watson solution applies artificial intelligence to predict the potential for gold mineralisation and uses powerful search and query capabilities across a range of exploration datasets.

At Red Lake, IBM Exploration with Watson provided independent support to drill targets planned by geologists via traditional methods and proposed new targets which were subsequently verified. Drilling of some of these new targets is ongoing, with the first target yielding the predicted mineralisation at the expected depth.

Sandvik OptiMine is a powerful, OEM-independent suite of digital tools for analysing and optimising mining production and processes. It integrates all relevant data into one source, delivering both realtime and predictive insights to improve operations. Customers using Sandvik OptiMine to optimise productions are reducing downtime, hauling more tonnes, and keeping their people safer.

OptiMine Analytics is the next generation of OptiMine, transforming data into process improvements via predictive insights and actionable dashboards embedded into operation management systems. Sandvik's ever-growing digital ecosystem incorporates its decades-long experience and footprint with IoT expertise from partners including IBM and Newtrax.

Using EMTrack, the company's trained tyre techs can perform fleet surveys with a special scanning tool, and performance data is automatically uploaded via Bluetooth to a cloud-based platform where it can easily be accessed but is also password protected.

Steve Piercey pushed the boundaries of underground blasting, developing a new mining method with Orica's truly wireless initiation technology - WebGen at Goldcorp's Musselwhite mine. The initiative saw a remarkable 93% reduction in dilution and 33% fewer days mucking of an average of 27% more tonnes per day.

Due to better fragmentation, trucks hauled 15% more tonnage per load compared to trucks loaded at conventional stopes. This is a game-changing technology that opens up immense possibilities for operations around the world.

The group said that the Autonomous Mining Working Group, one of several focused groups it hosts, has been developing outlines for implementing autonomous systems for the past year. Then, last August, it identified functional safety as a topic needing significant independent consideration.

Newmont has partnered with the International Union for Conservation of Nature (IUCN) to identify ways the miner can meet its global targets to achieve no net loss in biodiversity and to share ideas.

The goals of the reviews over a three-year period will include gathering data that Newmont can subsequently implement in enhanced biodiversity conservation programmes and also share its knowledge with the partner group.

Weir has launched Synertrex, an Industrial Internet of Things (IIoT) platform for the mining industry, which allows operators to monitor how their equipment is performing.

Utilising cloud computing, Synertrex involves placing smart sensors on an array of Weir products, which gather critical operating data for advanced analysis. The data can then be transformed into powerful insights that are relayed to the customer through a digital interface. According to Weir, it can identify problems before they occur, reducing downtime, and optimising equipment performance across an entire circuit.

Mining3's DAS & conveyor monitoring team developed a game-changing technology in conveyor monitoring for the global mining industry. It could revolutionise the way conveyors are monitored for roller failure, being able to isolate the specific noise resonating from the conveyor and being able to translate it to a dashboard at a control centre that pinpoints the exact roller that is failing.

Airobotics is revolutionary within the commercial drone industry, as the company enables clients to run automatic flight missions for monitoring, inspecting, surveying, and securing mine sites. Airobotics' solution includes a drone, software and a robotic docking station. Airobotics is an innovative and agile company, with the most cutting-edge and only data-driven, fully automated drone solution in the market today.

BNI Coal's dragline equipment was purchased in 1979 and designed to last for 25 years. In its 38th year of service, the machinery was failing regularly, causing downtime and lost productivity. The customer challenged Komatsu's team to get these machines running consistently, so that the site could continue operating and remain profitable.

After the repairs, the machines saw significant improvement in availability and performance, as well as reduction in unscheduled maintenance. The team added an additional 30-40 years to the machine's life-cycle. By allowing Komatsu to custom tailor a repair plan instead of purchasing new machines, the customer saved roughly US$100 million.

Epiroc is expanding its battery offering and zero-emission fleet with the second generation of underground loaders, trucks and drill rigs and a new battery service offering. Battery-electric equipment allows a mine to unlock a number of benefits: improved health and safety, reduced greenhouse gas emissions and decreased operating costs.

To realise the technology shift, Epiroc has joined forces with partners like Northvolt and ABB to develop the second-generation electric technology platform, specifically designed for the high requirements of the mining industry regarding safety, performance and reliability.