The annual Mining Magazine Awards recognise outstanding companies, projects and technologies that have made a mark on the mining sector over the past year. 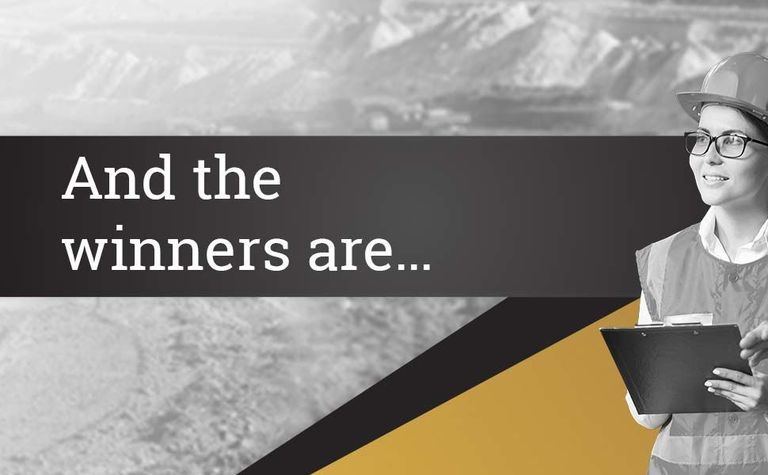 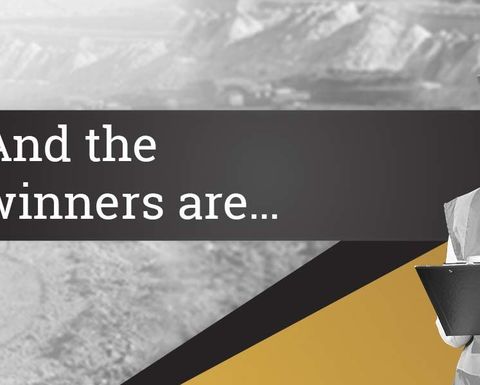 Every year, Mining Magazine celebrates excellence in the mining industry by inviting our readers to nominate people, companies, projects and technologies that they feel have demonstrated outstanding commitment to advancing the state of play in mining over the past 12 months. The shortlisted candidates are then put to the vote.

Congratulations to this year's winners, who are listed below; and thank you to our readers, who took the time to nominate and vote for them.

And the winners are:

Jetti Resources have developed a novel catalytic technology to extract copper from low-grade primary sulfides, such as chalcopyrite, the world's most abundant copper mineral ore.

Often described as mining's "holy grail", the process addresses a key technical problem preventing the recovery of trapped resources in hundreds of millions of tons of ore around the world. Jetti's catalysts enable the disruption of the sulfur metal bond of the mineral, allowing copper extraction to take place unimpeded.

Jetti last year made considerable progress transitioning into the field with potential partners, launching three new pilot programmes. The company is on track to execute a further five commercial development agreements in 2021, in addition to commencing two commercial demonstrations on site at major mines.

Within one year of a partnership with Jetti, Capstone Mining had doubled the production of copper cathode per area irrigated at the Pinto Valley mine. Jetti's technology delivered returns quite literally off the chart at an investor presentation, and the cathode expansion carried out in partnership with Jetti at the site is expected to yield an IRR of 171% and a profitability index of 9.8.

The ground geophysics programme at the Mount Isa South and Diamantina project areas in Queensland, Australia, is believed to be the largest of its kind in 2020 in the southern hemisphere. It has been a complex logistical program that involved multiple stakeholders including many landowners and several indigenous groups. Anglo American says it has received overwhelmingly positive feedback from all parties involved with regards to engagement and how the program was conducted. The company says this is a testament to the way in which it conducts its work programs.

For the project, the company collected detailed ground gravity and MT data over an area greater than 10,000km2.  The data, which is currently being processed, will provide insights into deep sub-surface geology under 500-1300m of younger rock cover.

The programme has proved logistically challenging due to COVID-19 requirements, with channel country terrain, multiple landowner negotiations and heritage clearance surveys required on every MT station prior to data collection.

Up to five ground geophysical crews are active at a time on the project, spread over a large area, which has required in-depth emergency response planning, training and exercises.

Heritage clearance surveys were also undertaken with the Pitta Pitta and Maiawali people, with direct feedback applauding Anglo's conduct and engagement process during the surveys.  The biggest evolutionary step seen in this project is the safety planning and preparedness for data collection.

The company says its DomainMCF product, which has been developed to define geological domains for the reliable grade estimation in large complex orebodies, is a quantum shift that will change the way orebody modelling is carried out.

DomainMCF replaces many tedious manual steps that need to be repeated often, with a machine learning approach. The technology is fast, reliable and frees the geologist to do more meaningful interpretation work.

The solution uses the Maptek Compute Framework, which moves away from complex software installed on desktop computers and shifts costs from capital to operating budgets. Faster, secure cloud processing is supported by flexible licensing.

Many operations only have the ability to update their resource models once or twice a year. Using DomainMCF, a project can be modelled in minutes with results comparable to classical techniques. Miners remain in control of the process without the onerous preparation work. New data can be added and models regenerated quickly to reflect the current data.

DomainMCF solves another challenge - having valid geological data to input into the resource model. Data validation is completed within DomainMCF before the modelling phase.

The advances make the system one of the most significant development in mining software since the advent of 3D graphics in 1985.

For years, the mining tire industry has been talking about the environmental benefits of retreading. With the launch of its third-party verified carbon calculator, Kal Tire's Mining Tire Group finally provides miners with a way to quantify, and report on, the emissions they save by choosing to retread. The company's new Maple Program also uses data from Kal Tire's new carbon calculator to award customers with one to five stars according to the percentage of their fleet running retreads.

Several large mining companies in Chile have also signed up to the Maple Program, and there has been interest in Canada, and West Africa where the company is introducing the programme to major gold mining companies.

Kal Tire's carbon calculator has seen a lot of interest in the UK from quarry groups as they look to reduce their carbon footprints. One of the market leaders in this group is actively pushing its business to make sure they maximise the uptake of retreads in their aim to reduce carbon emissions.

The Rio Tinto Kemano T2 Tunneling Project team have gone above and beyond to ensure their employees and colleagues return home safely 365 days a year.

The remote tunnelling project remains free of COVID-19 and has seen improved safety results during the pandemic.

The Kemano T2 project is located in northern British Colombia and when complete, will safeguard energy supply for one of the world's lowest carbon footprint aluminum smelters, Rio Tinto's BC Works Kitimat smelter.

The Kemano T2 project comprises two sections with tunnel; 8.4 km of existing tunnel being rehabilitated and a new 7.5 km tunnel being bored via a tunnel boring machine or TBM. The project involves its host first nations communities, the Haisla and Cheslatta Carrier, and multiple contractors with more than 300 people working on site.

The company has created a condensed footprint fine-grinding and flotation plant that processes 800 t/hr in one-third of the footprint of alternative and traditional plants.

The superior fine grinding IsaMill and highly efficient Jameson Cell technologies have undergone significant change and improvements which has led to the launch of this new concentrator design.

The new full Jameson Cell and IsaMill circuit design have up to 1/3 the footprint of conventional cell circuits, as well as a significantly lower building height/cranage requirement with no agitator lifts.

CPS designed and manufactured BHP's South Flank 22km overland conveyor idler systems. With a combination of high-tolerance idler frames and composite roller technology, CPS believes it has delivered one of the most advanced, reliable, and cost-efficient overland conveyors in the world.

The ball mill upgrade at the Collahuasi mine in Chile not only increased processing capacity by 4.4%, it was also carried out in 13 days less than originally projected, which meant a 21% saving in time, positively impacting the availability of the equipment and establishing a record at runtime.

Considering the complexity of the project, which involved changing the rotor, the GMD system stator and redesigning the mill discharge to achieve an increase in both available power and the level of filling required to treat a harder ore, close collaboration was key to achieving success.

When connected to the overhead power lines in trolley mode, the full power capacity of the trucks' electric wheel motors was translated into speed on grade while its diesel engine idled.