The appetite for renewables 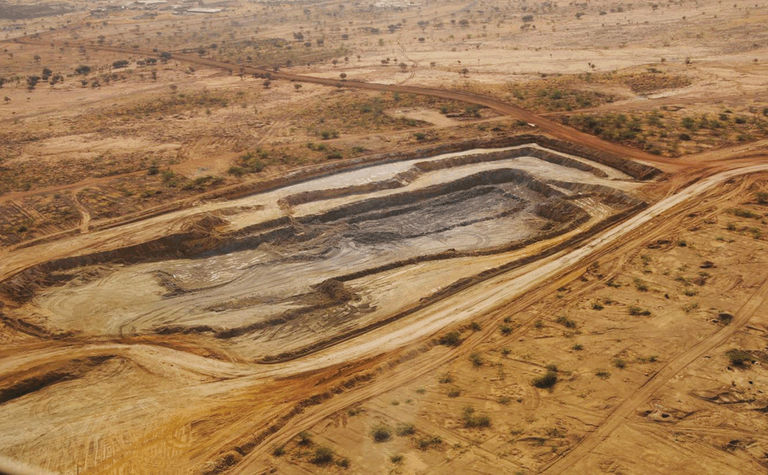 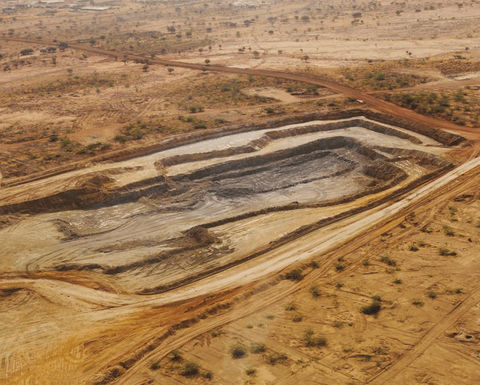 For many mining companies, the rallying cry for investigating solar or wind energy options has been that the price of oil and other conventional fuels is too high – and will almost certainly rise over time. Now, though, with oil prices having taken a dramatic nosedive, this argument no longer packs quite the same punch that it once did.

Predicting the price of oil over the long term is notoriously hard to do. That said, current overproduction, a slowing in demand because of a prolonged worldwide economic recession, and conservation efforts could mean that lower oil prices are the norm for the immediate future.

According to Richard Young, president and CEO of Teranga Gold, lower oil prices certainly do “work against replacing existing fuel sources with renewable energy at lower prices”. He points out that one chief motivator for exploring alternative energy was the rise in oil and diesel prices.

Iamgold recently put a proposed solar project for its Essakane mine in Burkina Faso on hold. Although there were a number of factors behind this decision, oil prices were part of the mix.

“When you are looking at US$50 a barrel of oil for the next two years,” says Steve Letwin, president and CEO at Iamgold, “it will push the business case [for renewables for mines].”

He continues: “Everything has to be driven by economics. So part and parcel with the drive to renewables was [the fact that] oil prices were US$100 a barrel. That made our costs [in Burkina Faso] come in at around US$0.32 per kilowatt hour. If that drops to US$0.20, the economics change.”

Although some mining companies may pull the plug on alternative-energy projects, it’s believed that most will go ahead with these initiatives. A recent study conducted by THEnergy, a Munich, Germany-based energy consultancy, finds that while lower oil prices might slow the momentum of mining companies’ switching to renewables, projects planned already will still go ahead.

Energy costs can represent a sizable chunk of the operating expenses for any mine. Alfredo Lamego Duarte, global senior category manager, electrical energy and EC&I (electrical control and instrumentation) at Anglo American, says that in Brazil, diesel accounts for roughly 20% of operating costs for mining companies. He explains that exact percentages vary by ore, but with energy costs for a nickel mine coming in at 20-25% and for an iron-ore mine at less than 2%.

Meanwhile, the price of oil is not the sole factor in what a mine pays for energy. Young notes that customs duties, petroleum charges, refining costs and the expense of transportation to a given site can alter the energy-price equation considerably.

John Gingrich, chairman and president of Advanced Explorations, believes that the impact of lower oil prices will be felt in the short term but it is not a game-changer over the long term. “Life-of-mine issues are such that if you’re going to production right now, and you’re considering energy, [oil prices] could affect the first couple years of production.”

He continues: “But no one believes that oil is going to be US$40 or US$50 per barrel in the long term. Most of the analysts believe that the fundamentals still say US$75 down the road.”

Given that a typical mining company takes three-to-five years to get a project up and running, the short-term price of oil is not terribly relevant, contends Gingrich. He points out that if oil does return to US$75 per barrel within the next few years, “the cost benefits of renewables will still be there. Big copper mines run for 20 or 30 years, so you need to be thinking about life-of-mine costs and life-of-mine issues and the environmental impact of your footprint.”

Fernando Cubillos, a partner at the Santiago, Chile-based energy advisory firm Antuko, is also sceptical about the notion that falling oil prices are having a major effect on the appetite of mining companies for renewables. Far more consequential, he says, is the slump in commodity prices that has caused mines to be less competitive and more wary when considering capital investments.

Young agrees, noting that cost-cutting has been a major priority at gold-mining companies in recent years, with lower headcounts and improved productivity the inevitable results of a decline in gold prices. “With the recent reduction in the price of oil as well as currency, that helps to assist us with cost reductions as well as improve our margins even though the commodity price – in our case, of gold – has been relatively flat over the past two years,” he says.

No two mines are alike

In addition to life-of-mine issues, the effects of oil prices differ dramatically for on- and off-grid mines. Cubillos points out that renewables continue to be an appealing solution for off-grid mines that historically shipped diesel long distances in order to run generators.

“If we go to the off-grid case, renewables are still highly competitive,” he maintains.

Duarte emphasises that the impact of oil prices varies by what ore is being mined and where a mine is located. In Brazil, for instance, he notes that the government controls the price of oil through Petrobras. For this reason, he says, “what happens to the international markets with oil doesn’t affect the mine companies so much in Brazil”.

Finally, Duarte points out that politics can affect the appeal of renewables for mining companies because some countries offer incentives for using solar or wind power. When renewables don’t necessarily prevail on price, government can prove critical. Here, he cites the Chilean government’s requirement that part of the load at mines must come from renewable sources.

“Mining is a big emitter of CO2,” says Cubillos. “Renewables are becoming an even more necessary source of energy to lower emissions.”

Gingrich sounds a similar theme, noting that renewable companies might emphasise the ‘social stewardship’ aspects of their energy generation. “Unless the numbers are hugely to the advantage of one source or another – and oil at US$75 per barrel doesn’t have much of an advantage – the benefits that renewables bring from an environmental-footprint point of view are a driving factor,” he says.

Environmental concerns, he believes, “will keep the mining industry moving forward in the renewable sector”.

For instance, for copper-mining giant Codelco, the opportunity to renegotiate energy contracts in the face of lower oil prices will reportedly help the company reduce costs by US$1 billion in 2015 – austerity measures that Codelco has deemed necessary for the company’s survival.

What’s more, Cubillos is convinced that in many ways lower oil prices are a boon not only for the mining companies but for renewable energy providers, as well. In the end, mining companies can only invest in renewables if they survive a tough commodity-pricing environment and are economically robust enough to invest outside their core businesses. That the price of wind and solar energy is falling, too, makes these new sources of energy very attractive.

“It’s a good trend for everybody that both oil prices and development costs for renewables are going down,” he concludes. “That makes energy prices in the end much lower and improves the competitiveness for the industries that rely on energy for the majority of their costs.”

Elizabeth Judd is a correspondent at Energy and Mines. See: www.energyandmines.com. The issues discussed in this article will be explored in greater detail at the Renewables and Mining Summits in Johannesburg, South Africa (July 1-2), Toronto, Canada (Oct 22-23) and London, UK (Dec 2015).

The administration has also updated a federal list of critical minerals.