According to Lisa Wade, vice president, environment at Goldcorp, the company is “well positioned to begin moving Towards Zero Water” 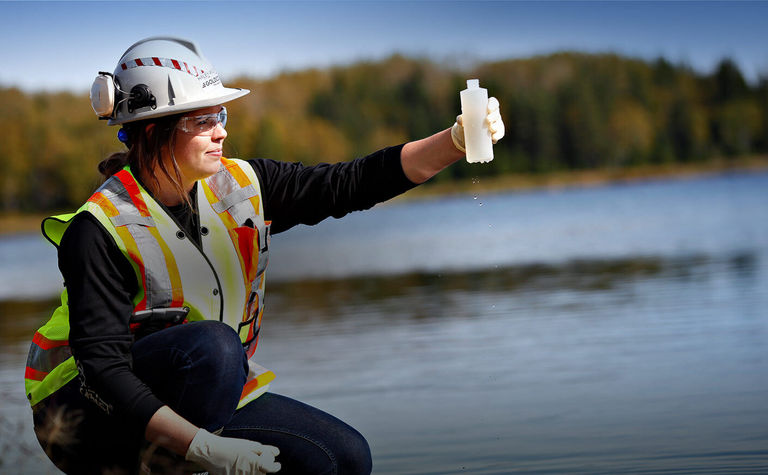 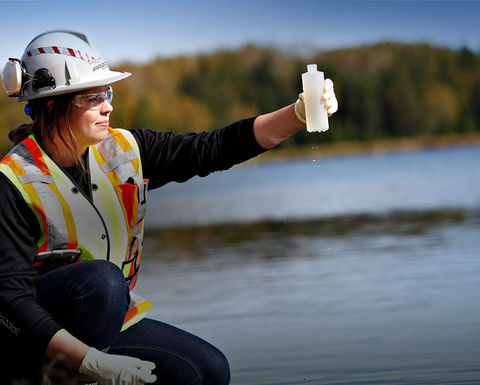 Wade is of course referring to Goldcorp’s long-term water stewardship strategy and the eventual goal (still 10 years out) to reduce the company’s total water consumption. The H2Zero programme, as it has been coined, includes a commitment that all new Goldcorp-operated projects will eliminate the use of conventional, wet tailings and will consume 50% less water than existing sites do today. It also stipulates that at least half of Goldcorp’s existing operations will achieve >80% water reuse/recycle rates, and that the company will use “substantially less fresh water” (<0.25m3/t ore milled) in its milling operations.

In a recent interview with the company’s Above Ground customer magazine, Wade reflected on the publication of Goldcorp’s 2016 sustainability report and detailed some of the steps that have been achieved thus far.

“We have already made tremendous progress,” she said. “We’ve tightened up our data collection and metrics, we’ve refined our definitions and internal language around water use, and we’ve made sure we have the right studies and science in place to understand our potential impacts. All of this activity sets us up well for moving Towards Zero Water.”

Since launching the H2Zero initiative earlier this year, Goldcorp has been working to understand the true cost of water at its mine sites. “Some mines pay for their water rights, but that’s far from the end of their costs. It takes infrastructure, energy and labour to extract water, to move it around a site, to store it, to treat it, and to discharge it,” Wade commented.

“Additionally, the water infrastructure requires ongoing maintenance and upgrades, and often replacement at one or multiple points during the life of a mine. It’s not a simple analysis to figure out the cost of water. 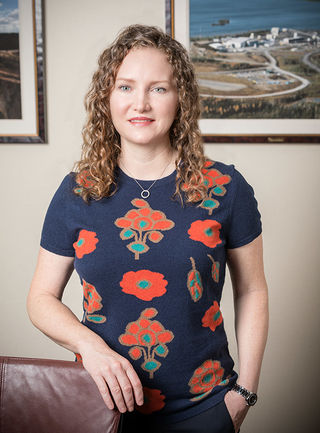 “The more we learn, the more we realise we need to include – but getting as close as we can to identifying the true costs of water is essential if we are going to show both the return on investment of our H2Zero programme, as well as its potential to add to our net asset value. We will complete the cost analysis at key operations by the end of 2017.”

Wade explained that, as part of Goldcorp’s regular tailings impoundment monitoring programme, the company detected some changes in water quality at the Peñasquito mine’s groundwater monitor wells in Mexico.

“These wells are located within our property boundary and are part of the monitoring that we report to the regulatory agencies,” she said. “An extensive characterisation programme of the issue was undertaken, including the installation of additional monitoring wells, and significant work was done conducting hydrogeological testing in the area. This work resulted in the development of a corrective action plan that includes the installation of a capture and pump-back system.”

Installation of the pump-back system commenced in 2016 and will continue during 2017 when the system becomes operational.
Wade also talked about the installation and operation of filtered tailings facilities; these contain significantly less water than traditional tailings, and have the potential to drastically reduce environmental risk at mining operations.

“We have a successful history of implementing filtered tailings at the El Sauzal mine [Mexico], the Marlin mine [Guatemala], and most recently at the Éléonore mine [Canada]. However, this has not been easy or simple in most cases and there have been a lot of lessons learned along the way,” she said.

“The major challenge at this point with this technology is scaling it up to our large throughput mines while maintaining economic viability. We feel the possible return on solving this problem would be transformational for our industry and our environmental footprint. Success of innovation is never a guarantee, but we have seen promising signals as we advance in this area.”

Another challenge during 2016 was the delay in moving forward the wind farm project at Cerro Negro. “We had hoped that the feasibility study would have been complete by now, but there have been a number of issues that have held things back. Competing priorities is a constant issue in all areas, but we continue to view this potential project as worthwhile, and therefore work on the feasibility study will continue in 2017,” Wade lamented.

As part of its environmental priorities for 2017, Goldcorp is also turning its attention to reducing greenhouse gas (GHG) emissions. As part of the Pan‐Canadian framework, in 2016 the Canadian government outlined its proposed approach to carbon pricing in Canada, known as the Pan‐Canadian Pricing on Carbon Pollution.

The approach sets a minimum price on carbon of C$10 (US$7.98) per tonne in 2018. The minimum price increases by C$10 a year to reach C$50 per tonne in 2022. In the province of Ontario, Canada, the government has announced a cap-and-trade programme to reduce GHG emissions and help address climate change.

Wade explained: “As a company with three mines and a development project in that province, we are following these regulations as they are developed. We completely support efficient energy management, and are actively working to reduce GHG emissions at our mines through improved energy efficiency and reviewing where more renewables might make sense.

“Our Borden project will be the first fully electric-powered underground mine in Canada. Its GHG emissions will be a fraction of a standard mine’s.”

Tailings management will continue to be a key issue through 2017. “In addition to being a key element in our H2Zero goal, we’re very excited that our EcoTails research will also allow for a better way to manage mine waste,” Wade said.

“The EcoTails project is completing the pre-feasibility research phase, with test work underway at Peñasquito and Éléonore. The stored EcoTails will be safer and will allow for faster and more economical land reclamation and closure, and benefit biodiversity.”

Wade was crystal clear about her goals for 2017: “The number one priority is advancing H2Zero,” she said. “This is at least a 10-year endeavour and we are just starting out.

“By the end of the year, we will have established the true value and cost of water at our mines, so it can be embedded in our operational cost calculations and applied in business cases. This is a key variable that we need to know to quantify the cost benefit of any new projects required. All of our operating sites will also have planned and budgeted at least one H2Zero project for 2018, if not sooner. We will also finalise metrics and targets to measure our progress along the way.”

Wade added that in 10 years, she wants the company to be as close to ‘zero water’ as technology allows “and I want that technology to be something much better than what we have today,” she said. “I want us to be the company that had the vision ‘back then’ that people talk about, that everyone thought was impossible but that somehow we managed to do much more than people thought possible.

“I want mining to look a lot different than it does right now, and I want Goldcorp to be a name everyone thinks about when they talk about how different mining is now than it used to be. Because of that, mining will still be around in 10 years, which is my vision – that we are still here because we figured out how to do things better and create sustainable value for all of our stakeholders.”