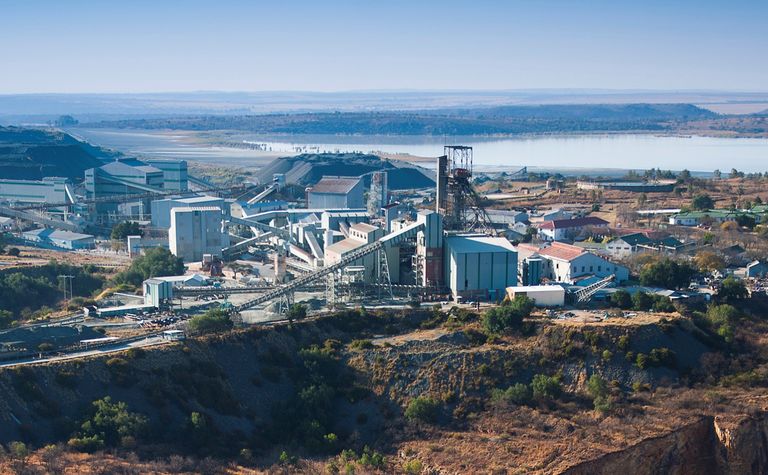 PRESS RELEASE: Cullinan diamond mine, owned and managed by Petra Diamonds since 2008, and previously known as Premier mine, is located to the east of Pretoria, South Africa.

The Centenary Cut project is rapidly ramping up production and close to steady state full production. The C-Cut supplemented by primarily the CC1 East block will deliver the run-of-mine (ROM) production and is expected to reach ±4Mtpa from the 2019 financial year.

Johan Du Plooy, drill and blast engineer at Cullinan diamond mine, said: "Following a period of significant investment by the Petra Diamonds Group, with expansion projects reaching end state and the group now embarking on steady state operations, a key strategic objective of Petra Diamonds is to optimise value from its operations. By unlocking value during shift changes and doing so safely and in a systematic, controlled and consistent way assists in realising this strategy."

According to Neil Alberts, BME's product manager for technology and innovation, engagement with Cullinan began as early as 2016 - when BME was finalising the development of its AXXIS CBS - with the system's first blast at Cullinan being initiated in March 2018.

A programme of trials was arranged between Cullinan diamond mine and BME to install the CBS underground and run a series of field tests in terms of the South African National Standard SANS1717 for the design of detonator initiation systems for mining and civil blasting applications. A trial certificate from the Inspection Authority was also secured, and issued by the Department of Mineral Resources.

"When designing a centralised blasting system solution, we studied not only South African mining regulations but the requirements and standards for other key mining markets - as the system would need to be globally compliant, offering a complete blasting solution," said Alberts.

The implementation of the CBS at the mine, which began in December 2017, included extensive engagement with internal and external stakeholders. With safety as a key consideration, the system offered improved control over seismicity (where relevant) and reduced risks of underground employees coming into contact with potentially harmful gases and fumes emitted by explosives.

"In terms of the blasting itself, the CBS offered a number of safety features," he said. "Each centralised control box is equipped with a unique security key to prevent unauthorized access, and the unit will not fire should a cable fault be detected. Each unit is enclosed in a safe, quality housing that complies with IP65 ingress protection standards, and the system will not fire if there is no uplink between the system components."

Du Plooy added: "Similar to more conventional mines that mine multiple narrow reefs on different elevations simultaneously, Cullinan diamond mine also exploit different mining blocks within the sub-vertical Kimberlite Pipe intrusion on different horizons across the pipe. Mining blocks are remote and demand effort and time to travel between them making any localised blast system complex to manage, time consuming and more prone to blast failures and safety breaches."

The use of AXXIS electronic detonators in underground bulk mining - particularly where the ring blasting method is employed - has a number of benefits from a production perspective.

"Electronic detonation improves the reliability and the precision of the blast," said Alberts. "Blast reliability reduces the risk of ‘hang-ups' in the draw bell, as the system can check each detonator remotely before the blast is initiated. The precision of electronic detonators also results in less damage to the hanging wall and sidewalls, so the risk of unexpected dislodgement from the rock mass after the blast is significantly reduced."

Better rock fragmentation is another important benefit, as this facilitates easier loading and a smoother flow of ROM into the crushing and milling circuit. The computerised system also allows for post-blast evaluations and pinpointing of possible problematic areas underground.

With the ability to thoroughly test the complete blast circuit up to each detonator in each blast area prior to the blast, it is expected that blast events will consistently deliver the expected results safely, every time, on time and within a smaller window, allowing for shorter shift changes and optimized value.

Alberts highlighted the high level of collaboration between the Cullinan diamond mine and BME teams, who had to review a range of obligations such as risk assessments, blasting procedures, training material, change management and legal compliance.

BME speaks out on electronic detonators