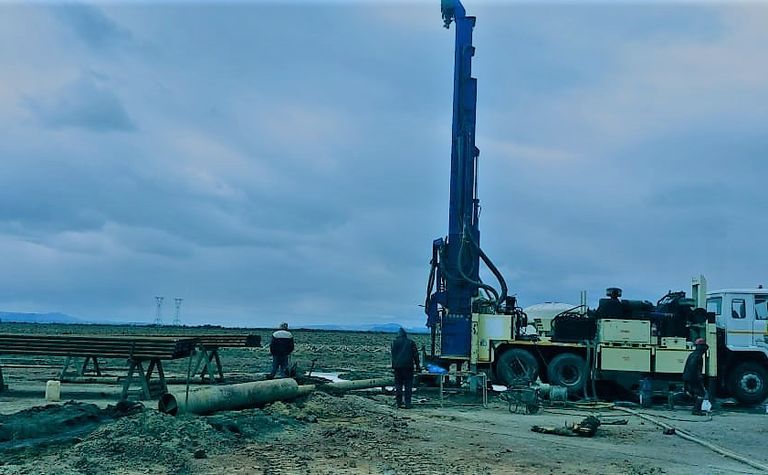 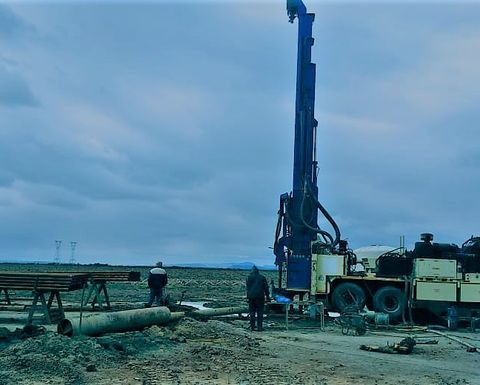 PRESS RELEASE: Torque Africa Exploration first drilled its way into South African record books in 2017, with a 1,148m-deep hole for a mine waste rehabilitation project in Springs, east of Johannesburg, South Africa. At the time this was one of the deepest DTH holes in South Africa, with its near-1,150m depth tapering from a 22in (559mm) diameter at the surface to just 5in (127mm) at the bottom. Drilling for this project was completed in less than three months.

Despite the challenges associated with deep-level drilling, Torque Africa Exploration has always pushed itself to go deeper, drawing on its extensive experience and making use of the best available equipment.

This was the case with its latest 1,402m-deep exploration borehole for a mining project in Beaufort West, in the Western Cape, South Africa. Not only is this one of the deepest drilled holes in the country, it is also a personal record for the team at Torque Africa.

In mid-June 2018, the team started preparing for a specialised exploration drilling project in the Western Cape. Work commenced on June 14, with a South African-built Thor 8000 truck-mounted drill rig being used at the surface to drive the drill string. To power through the initial layers of clay and grey shale the drill team used an 8.5in (216mm) solution - but progress wasn't straightforward.

As the hole grew deeper, underground water influx added to complexity of the project and hampered progress. The team needed to push on and continue with its 24/7 drilling operation, which had reached the 582m mark in 11 days. 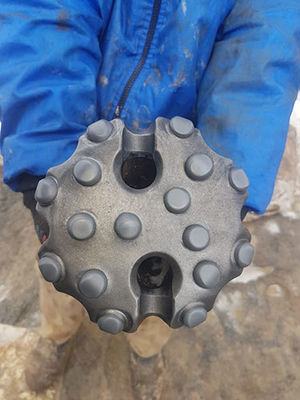 At this point Torque Africa Exploration turned to Mincon for assistance. A solution based on the Mincon MC55 hammer and drill bit combination was selected to complete the remainder of the project. Mincon's MC55 hammer has a higher piston frequency and is specifically designed to cope with ingress of large amounts of water as well as increased backpressure at the base of the hole. This ensures maximum productivity in the most challenging ground conditions.

During this last leg of drilling for the record-breaking hole, the Torque Africa team used Mincon equipment to drill the remaining 820m in just 14 days, reaching its record depth of 1,402m. Despite being nearly 1.5km into the earth's crust, the drill string was successfully retracted and the entire project completed ahead of schedule.

Nardus Bezuidenhout, director at Torque Africa Exploration, said: "The initial plan was to reach a depth of 700m, but our client and other stakeholders requested us to continue drilling for geotechnical exploration. Thankfully, we have an experienced team that was able to complete the project well within the deadline."

Bezuidenhout highlighted that part of his team's success was having access to reliable equipment and expert consultation from Mincon. For its record-setting hole in Beaufort West, the Mincon MC55 hammer proved to be the ideal choice; being specifically built for drilling applications where high penetration speeds are vitally important - a critical factor in this type of uninterrupted drilling project, as it saves on fuel costs.

Bezuidenhout commented: "The Mincon MC55's unique design provides greater impact energy and ultimate drilling performance for absolute maximum productivity in almost all ground conditions. Thanks to the quality of Mincon's engineering we experienced no shanking, no deviation in the hole, and good air flow. The Mincon team also assisted with remarkable back-up service."

He concluded: "Customers are increasingly requesting deeper holes and Torque Africa will continue serving this market, while aiming to reach new record depths."