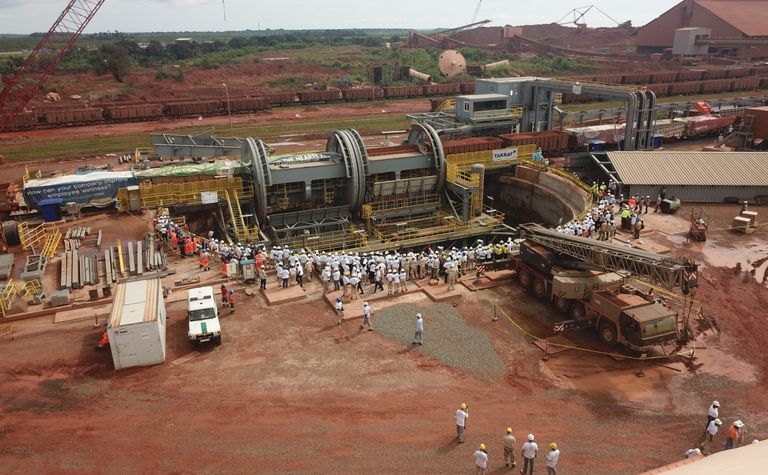 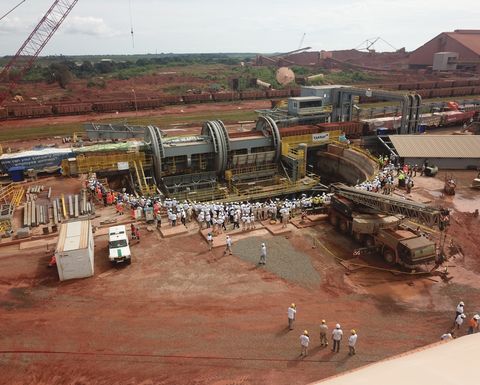 Fluor, which is providing engineering, procurement and construction management (EPCM) services on the Bauxite Production Expansion project, said the miner achieved first ore safely, on budget and on schedule.

The engineering company is is responsible for the expansion of the mine infrastructure, rail system, port facility and processing-plant infrastructure and utilities.

Tony Morgan, president of Fluor's Mining & Metals business, believes that - from developing the local workforce to boosting the economy - the project will have a positive impact on the Kamsar community.

The project will expand bauxite production from 13.5 million to 18.5 million tonnes per year and forms the first stage of CBG's planned three-phase expansion. Fluor previously provided a feasibility study and early engineering for the project.

At the peak of construction, the mine site hosted 1,500 workers. The project team had focused on hiring a local workforce, which resulted in Guinean workers representing nearly 75% of the workforce on site. To align the workforce on safe work practices and create a safe work culture at the site, Fluor said it developed a specialised safety programme. "The project has worked more than four million hours without a lost-time incident," the company added.

CBG is jointly owned by the government of Guinea and the Halco Mining consortium, which includes Alcoa, Rio Tinto and Dadco Investments.

Fluor to install mill at Indonesian copper and gold mine