Several processing plants, including Aboboras, Vargem Grande, and Fabrica, have been restarted. 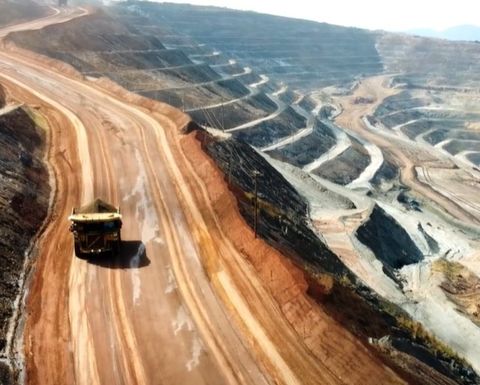 The Brucutu and Mariana Complex in Brazil have been restarted.

Vale has partially resumed its iron ore operations in the Brazilian state of Minas Gerais after a period of severe rain.

Trains on the Estrada de Ferro Vitoria to Minas railway have resumed on the Rio Piracicaba - Joao Monlevade section, which is allowing Vale to gradually restart production at its Brucutu and Mariana complex.

However, the BH branch line for cargo transport has not yet been restarted. Vale is considering alternatives to expedite cargo while the train line is out of operation.

In Vale's Southern System, several roads have been cleared which has allowed workers and others access to the mines. Some train tracks remain to be cleared, and are expected to be cleared this week, Vale said.

Several processing plants, including Aboboras, Vargem Grande, Fabrica, and Viga plants, have been restarted. These plants account for half of the current capacity of the Southern System.

Other plants will resume in the next few days, Vale said. This will come after train transit is up and running and additional works to prepare for the restart are completed.

At the tailings dams, the Area IX dam and Elefante dike have had emergency protocols initiated, while it has been elevated at Area IX to Level 2 from Level 1. Vale has taken corrective actions on both structures, and no evacuation is required, the company said.

Vale said it is monitoring its tailings dams "24 hours a day".