Teck has also made an investment in the technology company. 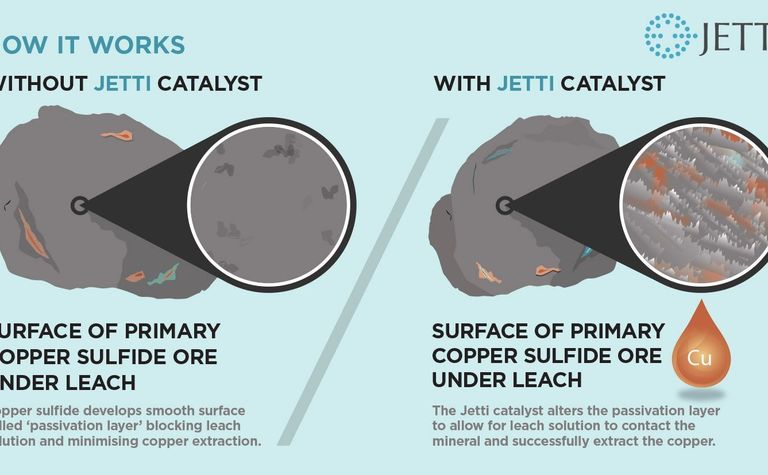 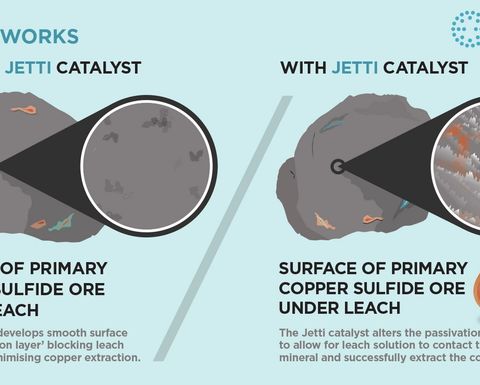 Jetti Resources will use its process on Teck's copper assets.

Vancouver-based Teck Resources has signed a deal with Jetti Resources to use Jetti's technology at its copper assets.

Jetti's technology works with a company's in-place heap leach technologies to recover remaining copper in the ore. The technologies disrupts the sulphur metal bond of the mineral, opening up the possibility of recovering more copper.

Teck has begun to evaluate the technology and is mulling the start of testing programs, as well as adding on-site catalyst addition facilities to test run-of-mine material.

A satisfactory outcome to the trials will mean a potential commercial implementation of the technology, Teck said.

Teck's copper assets include the Highland Valley Copper mine in British Columbia, and the Quebrada Blanca and Carmen de Andacollo copper mines in Chile.

Teck and Jetti will also measure and assess the environmental benefits resulting from application of the Jetti technology, which may include the reduction in water consumption, emission of greenhouse gases, and use of power resources.

Teck has also made an investment in the technology company, the company said. It did not disclose how much it invested.

Jetti Resources can construct, commission, and be operating within a year once it agrees to move forward with a project, Jetti chief executive Mike Outwin told Aspermont in June.

Mitsubishi, which has also invested in the company, has signed an agreement with Jetti which allows the start-up to draw on Mitsubishi's assets to promote its technology.

Using Jetti's process, Capstone Mining was able to double its copper cathode production at its Pinto Valley mine in Arizona. Capstone Mining has since merged with Mantos Copper to become Capstone Copper.

Haul cycle time is expected to be the same as a conventional truck.

Jetti Resources on the importance of innovation