The Robots Are Coming

Taking the miner out of mining is a common theme these days as the pace of advance of artificial intelligence quickens, as big data goes from a buzz phrase to business-as-usual, and as the move through semi to full automation continues. Caption for image: MacLean BH3 Blockholer working 9,000 underground in the Canadian Shield. 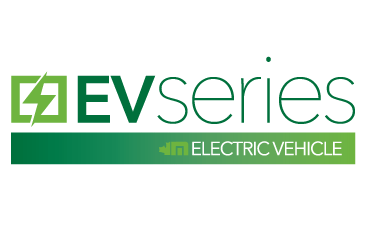 As a manufacturer that established its name in large part around the successful integration of one particular piece of mobile equipment into one part of the mining cycle (the ‘MacLean' bolter, going back to the 1980s), we have a clear-eyed perspective on the mine of the future where that one aspect of underground mining - ground support installation - will necessarily not be done in the same way as it is now.

We spend a lot of time thinking about what ground support requirements might look like in underground mines that will be designed, developed and come into production in the next decades, and how the mining cycle will evolve, adapt and fundamentally change with the advent of new technologies like continuous mining and fully automated operations.

Taking the miner out of mining is a common theme these days as the pace of advance of artificial intelligence quickens, as big data goes from a buzz phrase to business-as-usual, and as the move through semi to full automation continues.   Autonomous operation is on all the major mining companies' innovation roadmaps - at some point down the road, that is where the bulk of the industry will end up.  But we have lots of ground to cover and many years of advances to get through, before we get there in a broad sense.

So what do we all do, mining companies and suppliers alike, in the interim?  As a Deloitte UK study from 2015 points out, the rise of robots and AI isn't a zero sum game towards machines and away from humans: https://www2.deloitte.com/content/dam/Deloitte/uk/Documents/Growth/deloitte-uk-insights-from-brawns-to-brain.pdf

Automation has already transformed manufacturing and so it will mining in due course, but that doesn't mean that the mines of future years won't require people to run them. The nature and location of those jobs may change, but the ore still needs to get out of the ground in a safe and efficient manner.

As mining goes from semi-mechanized to semi-automated to fully automated over the next decades, each mining company will forge a different path with different timelines, but inevitably the endpoint will look more alike that dissimilar.   So for a company like MacLean, the question is really, how do we pursue both incremental change and step change invention, aligning our business with the long-term, multi-generational trends in the mining industry, while also keeping the lights on for the coming years/decade where most mines will still be planned, built, and operated largely using current mining practices and technology.

Case in point - as underground mines get deeper around the world and seismic pressures intensify, providing a means to install quality ground support installation at the face was a new feature we absolutely needed to add to the MacLean bolter, which we did with the 975 Omnia Scaler-Bolter launched last year.  The latest generation MacLean Bolter now can not only bolt the face, is it higher reaching, has a greater payload capacity, further removes the operator from the working end, and provides even greater versatility in terms of the range of bolt types that that unit is engineered to install (now including resin pushing, with bolt handling).  All of this done by a single operator always working under protected ground, and loaded up with enough screen and bolt supplies to last an entire shift.

These features are evolutionary not revolutionary, but together they deliver a ground support tool that achieves the necessary mix of operator safety, productivity, and versatility and quality of ground support installation. At the same time, we understand that as mines move further into real-time monitoring and predictive maintenance to drive down costs and ramp up productivity, we needed to be equipping our units with the latest in vehicle telemetry and underground to surface real-time connectivity that is increasingly the norm not the exception in mining operations.

So stay tuned as mining companies around the globe push the innovation envelope: from Barrick's Cortez Mine digital lab in Nevada, to Dundee's Chelopech mine real-time tracking in Bulgaria, to Goldcorp's all-EV Borden project in Ontario, to continuous miner testing in multiple locations with the potential end result of not just the compression but the entire elimination of the mining cycle (drill, blast, ventilate, muck, scale, bolt, repeat…).  All to say, an industry once maligned for being 20 years behind surface construction with regard to the integration of new technology, is in the process of actively disproving that age-old wisdom.

However fast technological change actually happens, whatever black swans loom over the horizon and impact commodity prices, we all know that the way that mining is done today is not the way that mining will be done in 10, 20 and definitely not 50 years.  There's arguably nothing more important to focus on, given the current pace of technological change and macro-economic uncertainties of commodity pricing, than staying as nimble and forward-thinking as possible, while keeping the lights on and the ore flowing.

SpeleoRobots will conduct inspections of mills, pipelines and other confined environments.

Slow rise of the robots

The future is robotic