In the past 10 years, Hunchun Zijin Mining Co. has transformed to an international mining group 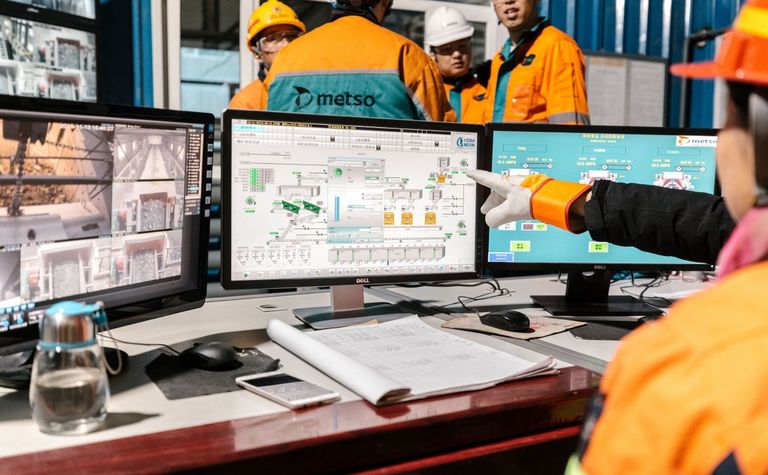 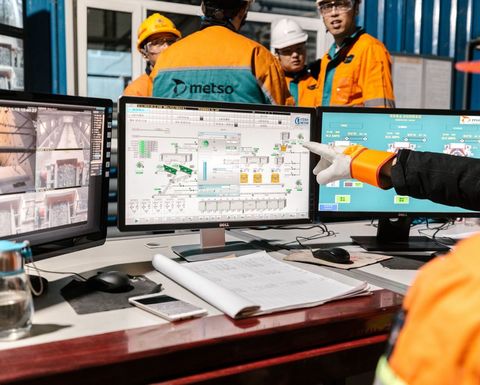 In the past 10 years, Hunchun Zijin Mining Co. has transformed to an international mining group.

Hunchun Zijin Mining Co., Ltd. has made great strides in improving their process equipment as well as the skill level of their personnel, and in the process have achieved an 18% production efficiency improvement by using Metso's crushers, screen media and an LCS contract.

Previously, Hunchun Zijin was a local state-owned enterprise located in Hunchun City, Yanbian, Jilin Province, China. Due to challenges with the company's operations as well as the declining market prices for copper, the company was faced with major hurdles. Through Zijin Mining Group Co., Ltd.'s acquisition, Hunchun Zijin Mining Co., Ltd. was formally established in December 2002.

According to Gong Dianfa, Vice President of Hunchun Zijin Mine, in order to maintain the stable development of the mine, the management is focused on improving the production capacity and product quality by optimizing their entire process and enhancing their employee's knowledge.

For these reasons, Hunchun Zijin has invested roughly EUR 142 million (1.1 billion Yuan) in three large-scale reconstruction and expansion projects that have rapidly increased the production capacity from 850t/d to 25,000 t/d, and continuously improved the recovery and utilization of resources. This includes process renovations to all three production lines in the past 10 years.

Mr. Gong believes that high-performance equipment is one of the critical means to increase production capacity. Hunchun Zijin has been working in cooperation with Metso since 2008. The mine has been replacing its original equipment in stages, starting with a Metso C160 jaw crusher and HP500 cone crusher. More recently, in the 10,000 t/d production line, another brand's crushers were replaced by Metso C160 jaw crusher and HP6 cone crushers. These renovations and equipment replacements have improved the mine's overall performance.

Zang Changsheng, Director of the Concentrator, added to this from the point of view of operations and management: "In the past, we had to run for more than 23 hours a day. With the Metso HP6, the operating time per single shift is six hours. With three shifts, the total operating time per day does not exceed 18 hours. This greatly alleviates the workload on our site. We can arrange other work during the downtime. It also greatly reduces our power load."

"Regarding the labor cost, our statistics shows that our labor cost really came down when changing over to the HP6, which helps us achieve a total concentrating cost about EUR 5 (39 yuan). I think it's a pretty good result".

Hunchun Zijin is located at the China, Russia and North Korea border, with challenging weather conditions and an average annual temperature of 5.65°C. The vibrating screens that originally had domestic polyurethane screen media installed were always getting clogged. The whole 3.6x1.2m screen mesh would need to be replaced even if it was only partially damaged. The constant cleaning and replacement of the screen mesh caused a lot of downtime and took up a lot of labor resources.

After considerable communication between the two sides, Hunchun Zijin accepted the rubber screen media solution proposed by Metso. In April 2018, on the 9,500 t/d production line, Metso LS rubber screen media were installed on the bottom screen deck of one of the mines vibrating screens. The top deck was left with the original ones that were in place.

"Now, neither bad weather nor changes in ore feeding conditions affect our screening efficiency", Mr. Zang comments. "The installation of Metso rubber screen media is very simple. It used to take 5-6 people and 6-7 hours to replace the older polyurethane screen media. Now, with the partial replacement advantage of the Metso screen media, one person can replace one piece in 15 minutes. This greatly reduces the labor intensity of the workers."

In order to provide technical support for further screening process optimization, Hunchun Zijin and Metso technicians jointly carried out the screening efficiency comparison test in December 2018. The test report showed that the effective open area of Metso rubber screen media is 33%, the percentage of plugged aperture 0% and -13 mm screening efficiency ≥ 90%. This is significantly higher than that of the original domestic polyurethane screen media, which had a -14 mm screening efficiency of only 75.7 %; the improvement is at least 18% overall when compared against the performance of the non-Metso media.

In order to keep the whole production system operating in an optimal manner, Hunchun Zijin and Metso signed a Life Cycle Services (LCS) agreement to help with the most important issues. The current LCS agreement aims at maintaining high uptime and production levels and includes a parts consignment inventory, regular inspections, overall support, 24/7 emergency response service as well as any needed equipment upgrading and process optimization.

For the sake of long-term cooperation, Hunchun Zijin set up a parts consignment warehouse on site, and maintains inventory according to the spare parts list recommended by Metso. Mr. Zang stated: "So far, I feel that the parts consignment inventory service is really good; it has a full range of spare parts and in-time supply, which ensures and promotes our production as planned.

Mr. Guo added: "Metso's after-sales service is better than the other manufacturers' I come into contact with. For general equipment failures, we can solve it ourselves with a telephone consultation; for problems that can't be solved, Metso will send someone directly to the site. For example, there was a failure at the beginning of this year, and we tried our best for more than a day but failed. After the call, Metso directly dispatched an engineer here, and diagnosed the problem quickly and accurately - the issue was caused by the large wear gap of a component due to long-term wear - Metso's professionals impressed us".

Cooperation to be further expanded in anticipation of production ramp up

"In general, we have achieved and exceeded the target of increased production that we set at the beginning of the year. At present, the total daily output of three production lines can help us to reach 26,000 tons, which is a great help to our production in 2018," Mr. Zang concludes.

However, according to Mr. Zang, the future development of Hunchun Zijin faces two challenges:

Due to the expiration of their exploitation rights certificate in 2025, the Group's Management is looking to maximize production efficiency within a very limited time.

Another potential challenge is the location of the company. Hunchun Zijin is located in a forest mountain range stretching about 120 kilometers, where a wide variety of wild animals live, including the national first-class protected animal - the Siberian tiger. In recent years, the Government has proposed the construction of a Tiger and Leopard Park in the surrounding areas, so the corresponding control measures are bound to become more stringent.

In the course of Hunchun Zijin's development, the company has always paid attention to environmental protection; as a result of its strict monitoring of dust and its noise reduction, its tailings discharge, and its restoration of green mines, many wild animals are seen around the mine. In response to the construction of the Tiger and Leopard Park, the production schedule of Hunchun Zijin would also need to be advanced accordingly.

Therefore, the productivity enhancements are still the main development goal of Hunchun Zijin in the coming period. Mr. Zang states: "Our next plan is to install additional HP6 cone crushers to further increase the production capacity of the 9,500 t/d production line".

"Right now, we are doing a cost analysis every month, including power consumption, parts consumption, labor cost and so on, and then we are controlling it to save energy and reduce consumption. In the future, we also need to do further optimizations and adjustments to improve the hourly efficiency from primary and secondary crushing to screening efficiency. In light of the service attitude and the ability of the Metso engineers, I am not worried about after-sales service."

Hunchun Zijin Mining Co., Ltd. is a wholly owned subsidiary of Zijin Mining Group Co., Ltd. (A-share and H-share dual-listed companies, Fortune 500 companies), with registered capital of 150 million yuan. It is a mining enterprise that mainly exploits low-grade gold and copper mineral resources. In 2017, it produced 26,652 kg of gold and 107,876 tons of copper.