Gypsum, potash & other mines now see it as a way to raise their safety factor 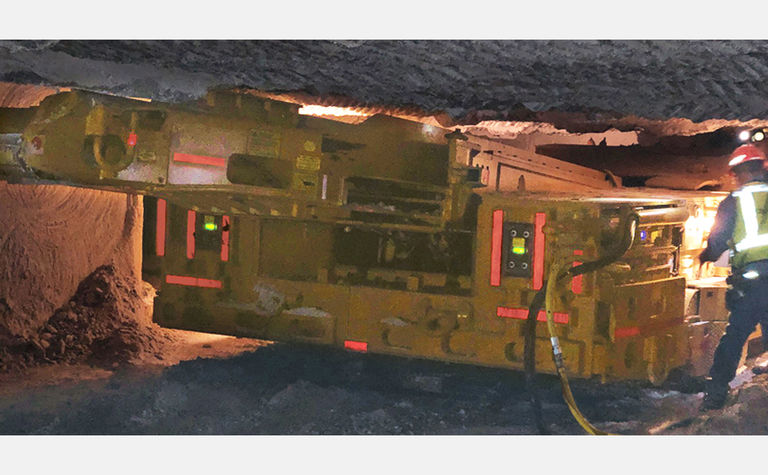 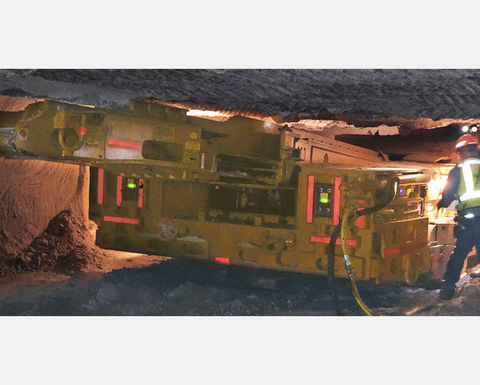 What is IntelliZone doing in this gypsum mine? The same thing it has been doing for 10 years in coal mines - helping miners working around mobile equipment operate more safely and making the mine more productive. With mining investors and insurers becoming more focused on worker safety and accident prevention, high-precision proximity detection is becoming increasingly popular in metal/non-metal mining. Mines realize that a robust, cost-effective risk management program can enhance financial and operational resiliency and help maintain business viability across the entire mining lifecycle. And those outcomes are appealing not only to everyone with a financial interest in the mine but also to workers who appreciate its investment in their safety.

Today, mining's #1 choice for proximity detection in the U.S. is IntelliZone. Its proprietary SharpZoneTM technology is the most precise on the market, allowing mines to set custom zones in the shape of the machines on which they are installed. Its precision and dependability not only enhance productivity but also boost the bottom line.

While IntelliZone earned its stripes in coal, other types of underground mines are now installing it as a way to raise their safety factor. Gypsum and potash mines are the most recent to install systems. In fact, the gypsum mine shown here was so impressed with the system they installed last year, they are making the CapEx investment for more to be installed on miners, scoops, battery haulers and even a roof bolter. In addition to gaining a higher level of safety, the mine was also impressed with the high-quality service and support they received from Matrix's field service team.

Platinum, copper, and nickel mines are also evaluating the system, along with non-mining markets, including tunneling and foundries. What is the appeal of IntelliZone? In addition to allowing mines to set custom zones, IntelliZone features precise worker tracking that helps keep miners safer and minimizes nuisance alerts, which delivers increased productivity. The system's zones are designed to extend or contract based on the vehicle's speed and direction without overlapping into crosscuts or cutouts - another source of nuisance slowdowns. Today's IntelliZone system has new hardware and technology which provides greater on-site diagnostic capabilities and allows articulated equipment to implement zones which match its ever-changing dual orientation.

While proximity detection systems are required by law in the U.S. and South Africa for continuous miners, IntelliZone can be installed on any standard or articulating mobile equipment including shuttle cars, roof bolters, load-haul-dumps (LHDs), battery-powered scoops and battery haulers.

The point is that IntelliZone proximity detection can help all kinds of mines and be installed on any type of machinery. We invite you to explore the difference it can make in your mine.

Op-ed: Why corporate transparency on water is important