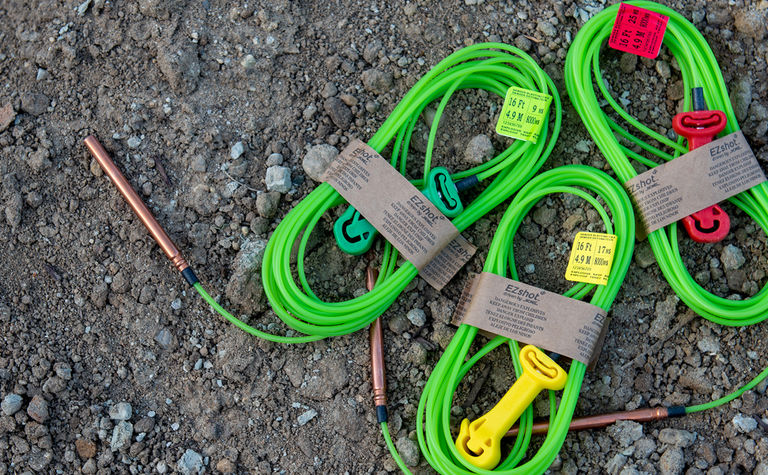 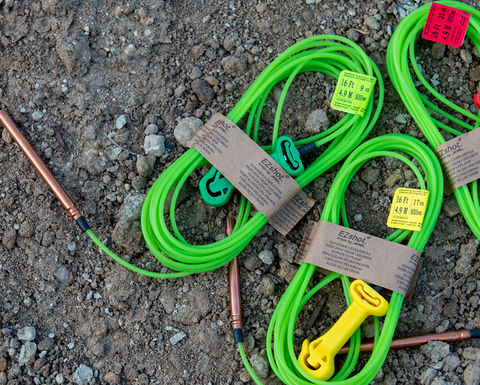 Dyno Nobel released the EZshot® LP electronic initiation system for underground perimeter blasting in 2019. This technology offers users the benefits of accurate electronic timing with the ease of use of NONEL shock tube, driving improved perimeter control, and helping them to save on time and overall production costs.

With underground application, EZshot LP lowers overall drifting costs with its better control, reducing overbreak, improving wall stability, minimizing scaling, and requires less time to be spent on mucking, hauling and processing.  In addition to the precision and accuracy of an electronic detonator, EZshot LP has the familiarity of NONEL with programmed delay times. With a shock tube that is made from a process that provides a higher tensile strength, better abrasion resistance, superior impact resistance and improved oil resistance than the standard shock tube, EZshot LP eliminates new training and comforts users with its similarity to NONEL.

"We've had customers say that the profiles of their blasts are a lot smoother than what they have seen before using EZshot," Gribble tells Australian Mining.

Paul Klaric, Technical Manager for DynoConsult Asia Pacific, says, "I do see a lot of benefit in surface applications in smaller hard rock mines or quarries. In saying that, there are also additional value propositions in underground mining as well, potentially narrow vein operations."

Dyno Nobel is now working on the EZshot EZDet (EZD) electronic initiation system for surface blasting. These new units consist of a green shock tube with a surface detonator attached to one end and a high-strength (#12) in-hole electronic detonator on the other. The surface detonator is set inside of a color-coded plastic EZ™ Connector block to facilitate easy connections to shock tube leads and can hold up to 6 leads. EZshot EZD units can be easily connected to one another to satisfy basic blast design requirements in quarry, mining and construction operations. They can also be used in combination with NONEL® MS, NONEL EZTL™ and/or NONEL TD detonators for complex blast design requirements and to minimize inventory of initiation system components.